You probably clicked on this article because you simply love dogs, or have man’s best friend somewhere nearby as you scan this article. Dogs are some of the most fascinating animals on this planet loyal, playful, and cute, dogs’ personalities have consistently won over humankind for countless years.

New research sheds more light on dogs and their personalities, showcasing that dogs may have far more depth than you think and that relationship that you have with your canine friend shapes them in more ways than you think.

For the Love of Dogs

In the adorable study conducted by William Chopik, professor of psychology and lead author from Michigan State University, his team of researchers discovered dogs' personalities are shaped by their environment and owners.

However, the insights to the study do not end there. Chopik and his colleagues believe that properly understanding a dog’s personality over time can predict various important life outcomes, indicating any potential bad behaviors or habits later in life, how close they feel with their owners and even chronic illness.

According to Chopik, "When humans go through big changes in life, their personality traits can change. We found that this also happens with dogs -- and to a surprisingly large degree"

He continues, "We expected the dogs' personalities to be fairly stable because they don't have wild lifestyle changes humans do, but they actually change a lot. We uncovered similarities to their owners, the optimal time for training and even a time in their lives that they can get more aggressive toward other animals." 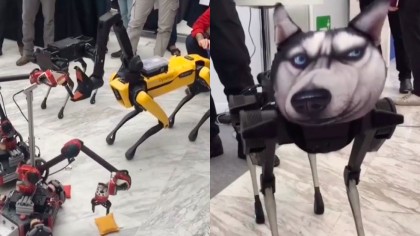 Published in the Journal of Research in Personality, Chopik surveyed owners of more than 1,600 dogs, including 50 different breeds ranging from various age groups, appropriately split between male and female dogs. The survey asked questions about the dogs’ behavioral history and about the owners’ personalities.

In short, the study highlighted the strong correlation between an owner and a dog. An owner’s personality will be reflected back into a dog, with the pet taking on similar personality traits.

Extroverted humans rated their dogs as more excitable, agreeable, and active, while owners with more negative emotions tend to have dogs that manifest these personality traits.

These same personality traits influence how well a dog develops or changes over time, and how responsive they are to training. Owners who reported to be in the happiest relationships with their dogs an in their lives produced more obedient dogs. Basically, like raising a child, a happy positive environment is the best place to raise a dog.

If you made it through this article, here is your reward, a video filled with adorable dogs.