Blockchain is exciting, but are we really close to a blockchain-powered world? The experts weigh in.

Lately, it seems like all anyone can talk about is blockchain, and how the revolutionary technology will drastically change the world we're living in. While the advent of blockchain technology has certainly been exiting, and holds a lot of promise, it's not without its flaws.

We can definitely look forward to some groundbreaking developments when it comes to blockchain, but it's not likely to change the world overnight. Here are just some experts who believe that a blockchain-powered world is going to take a while to become a reality.

1. "This new community is in its infancy. Unlike the Internet, which has a sophisticated governance ecosystem, the whole world of blockchain and digital currencies is the Wild West." -Don Tapscott

Co-author of Blockchain Revolution: How the Technology Behind Bitcoin is Changing Money, Business, and the World, Don Tapscott, is firmly of the belief that blockchain may very well change our world someday. The issue is, we're simply not close to that stage yet.

According to Tapscott, blockchain will have to become better understood by large and better regulated before we see a world that's dependent on the technology. For the safety of users, he feels greater governance is needed, and is wary that we're a long way from establishing that governance.

2. “I have seen no use cases for blockchain; there’s nothing that a blockchain in particular brings to the party.” - David Gerard

On the other end of the spectrum, writers and thinkers like David Gerard, author of Attack of the 50 Foot Blockchain sees no value in blockchain technology whatsoever.

He's of the opinion that the only alleged benefit of blockchain has been cryptocurrencies, which he believes carry little value outside of slightly shady dealings.

More than that, he simply feels the technology is too slow, even when carrying out its functions in transactions of cryptocurrencies. Due to this, Gerard and those of a similar opinion would suggest that the blockchain revolution may never come, as it simply isn't worthy of the hype it's been given.

3. "If there’s to be a blockchain revolution, many barriers—technological, governance, organizational, and even societal—will have to fall." - Karim Lakhani and Marco Iansiti

Harvard professors Karim Lakhani and Marco Iansiti echo Tapscott's sentiments in their piece for the Harvard Business Review, "The Truth About Blockchain". While they acknowledge the exciting potential of blockchain, they note that governance of the technology is an issue, among other things.

The pair also note that in order for blockchain to change the world, the world has to change first. At present, we simply don't have the widespread technological, organizational, and societal frameworks to accommodate a blockchain-powered world. If we're to seriously start making a switch to greater use of blockchain, a lot of work will have to be done beforehand.

Many people dismissed Nobel Prize-winning economist Joseph Stiglitz's criticisms of Bitcoin, but it's important not to discount opinions by so-called "crypto-skeptics".

While there is far more to blockchain than just cryptocurrencies, widespread understanding of the technology has been relatively poor and many people still only associate blockchain with the likes of Bitcoin.

As many people's introduction to the idea of blockchain, Bitcoin is an important force in getting people to engage with new technology. If celebrated thinkers like Stiglitz are wary of cryptocurrencies, it stands that many will remain skeptical too. If minds are to be changed, and the world is to adopt blockchain on a broader scale, people need to understand the full extent of what the technology has to offer.

5. "In reality, blockchain is one of the most overhyped technologies ever." - Nouriel Roubini

Another criticism coming from the field of economics, this time from economics professor Nouriel Roubini, is that our hyper over blockchain is completely misplaced. In Roubini's opinion, the world is not going to be changed by blockchain, but by other new technological trends like the Internet of Things and A.I.

In a piece he co-wrote for Project Syndicate, entitled "The Blockchain Pipe Dream", Roubini criticized many aspects of blockchain - from its overwhelming energy usage to what he regards as its poor efficiency. To Roubini, and no doubt many others, blockchain simply isn't worthy of its current hype.

6. "I think the speculative wave around ICOs and crypto currencies is super-risky for those who go long." - Bill Gates

Microsoft giant, Bill Gates, has also voiced his concerns over blockchain, particularly in regards to its utilization in cryptocurrencies. According to Gates, cryptocurrencies don't carry much value, and aren't worth investing in.

When it comes to the broader issue of blockchain, however, Gates is more forgiving. He believes the technology has great potential, but like many is currently preoccupied with issues over cryptocurrencies, as they're the most visible and newsworthy applications of the technology to date.

If his feelings are anything to go by, it will be a while before many see blockchain as something more than just a platform for currencies of dubious value.

7. "Blockchain is not this magical thing." - Jimmy Song

Bitcoin developer, Jimmy Song, has become something of a controversial figure in the blockchain world. He's gone so far as to suggest that blockchain technology won't even be in use within five years.

Song's primary criticism has been that blockchain is being presented as a solution to problems that could, perhaps, be better addressed by other technologies. He's warned that blockchain isn't the magical fix-all that many in the industry are purporting it to be.

8. "Unfortunately, the blockchain and cryptocurrency is so new that we don’t have a "crypto for dummies" or a "blockchain for dummies" that actually works. " - John McAfee

Speaking of controversial figures in tech, John McAfee has also weighed in on the blockchain debate. While McAfee believes that blockchain could drastically change many aspects of the world we live in - and possibly soon, too - he's wary that the lack of understanding of the technology could hinder progress.

The technology is so new, and for many difficult to understand, that the widespread adoption of blockchain could be slow-going. If the issue of education can be solved, he suggests that the world could be powered by blockchain is as little as five years.

9. "There will be an explosion of data, and in order to store all those transactions, we’ll have to find a better storage solution." - Yaoqi Jia

One company looking to solve a lot of blockchain's problems when it comes to speed and scalability is Zilliqa. Thanks to his work as Zilliqa's head of technology, Yaoqi Jia has a better insight into the issues surrounding blockchain and the timeframe of its evolution than many others in the industry.

Jia notes that one of the biggest issues facing blockchain is the storage of data. At present, we simply don't have the infrastructure to support the vast swathes of data that would result from widespread use of blockchain.

While companies like Zilliqa are working tirelessly to iron out this issues, it could be a while yet before we see a more user-friendly blockchain that can be adopted in the mainstream.

10. "To get its true efficiency it needs to be an open network...But having so many actors makes it difficult to pinpoint roles under GDPR." - Nigel Houlden

You're probably already sick of hearing about GDPR after last week, but the regulation could have consequences for blockchain that many wouldn't expect. That's according to Nigel Houlden, head of technology at the UK's Information Commissioner's Office.

Houlden believes that the GDPR may hinder the growth of blockchain, restricting its reach and possibly making it more vulnerable to cyber attacks. It's a legitimate worry, as newly-introduced regulations like the GDPR could stifle the growth of new communication technologies before they have the chance to get off the ground. As many have already pointed out, regulation is going to be a massive issue to overcome if blockchain is to really change the world.

11. "We haven’t figured out a way to process enough cryptocurrency transactions smoothly at a rapid clip, and running a blockchain can involve high energy costs and thus pollution." - Tyler Cowen

American economist, Tyler Cowen, is positive about blockchain overall despite self-identifying as a blockchain skeptic. 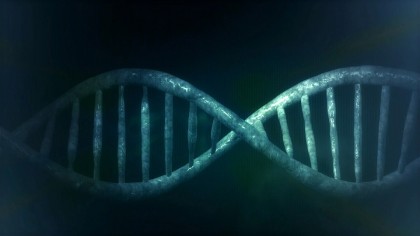 He remains aware of the hurdles we have to overcome to make it truly game-changing in our society, but doesn't see those hurdles as a reason to rule out blockchain in its entirety. Some of Cowen's biggest concerns are the energy use and potential pollution resulting from blockchain technology.

Cowen also points to the issue of regulations, and how pre-existing internet regulations can stifle the progression of blockchain at best, and at worst make it impossible to be rolled out successfully.

We have a long way to go, but that doesn't mean the world can't be changed by blockchain. It might just mean that it will change the world in ways we haven't yet considered.