Why are Drones Being Used in the Renewable Energy Sector?

Drones are properly called Unmanned Aerial Vehicles (UAVs), so if you see ‘UAV’ mentioned in a technical article somewhere, you know it’s a drone they’re talking about. According to a report released last year by Navigant Research, the international renewable energy industry is increasingly using them for inspecting wind turbines – fairly unsurprising when you consider that there were around 268,550 commercial-scale wind turbines installed globally at the beginning of 2015. To put that into perspective, that is more than 805,000 wind turbine blades that have to be inspected annually and that number will inevitably increase by hundreds of thousands over the next few years.

These blades wear out over time, as of course do most components. They also have to be inspected more frequently during their first year of service. The most common problem, over time, is chips and cracks but early deterioration can drastically reduce the amount of energy generated and if left unchecked this, in turn, can cause total blade collapse.

This is where drones come into the picture. UAVs are pretty good at obtaining higher resolution pictures for the simple reason that they can get closer to the blades than someone standing on the ground. Furthermore, they cut out the risk involved with someone climbing up there. This doesn’t mean to say they will replace ropework and other traditional inspection procedures entirely, but they will help the process by playing a supplementary role in onshore wind installation. For offshore wind though they are likely to become a standard inspection technique. 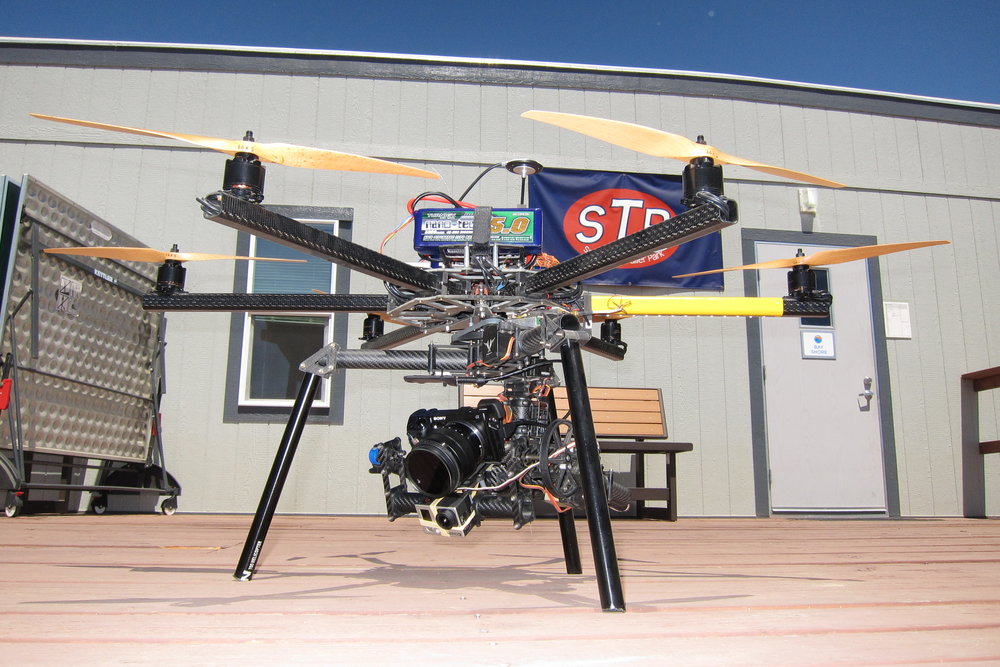 The Navigant Research report makes clear that the industry is starting to take more interest in drones as drone technology improves. For example, newer models have incorporated multiple rotors, which give stability in wind, and longer battery life. They also have sharper optics than their predecessors which delivers more detailed observation. One of the major plus factors is that they can work with data analysis systems to deliver automated photo analysis, covering entire fleets of turbine blades.

This is already beginning to happen. Livingston-based company Cyberhawk, for example, has been working closely with the offshore wind industry by offering aerial inspection and surveying services, demonstrating their remotely operated aerial cameras at the opening of the Greater Gabbard Offshore Wind Farm in August 2013. As well as inspection, the company is able to use advanced photogrammetric techniques in order to generate accurate digital elevation models of wind farm sites thereby helping developers to design access roads, turbine locations and laydown areas. It also helps to speed up environmental impact assessments.

Drones equipped with thermal imaging cameras can conduct aerial thermography in order to detect power losses and failure risks in solar PV plants which have previously remained undetected. Another possible use for drones could be deployment of small renewable energy generators in the sky. This might sound a bit mad but UK company New Wave Energy has spent a number of years assessing the potential of power-generating drone aircraft, each of which would be powered by four small propellers and would incorporate a large flat surface covered by PV panels. 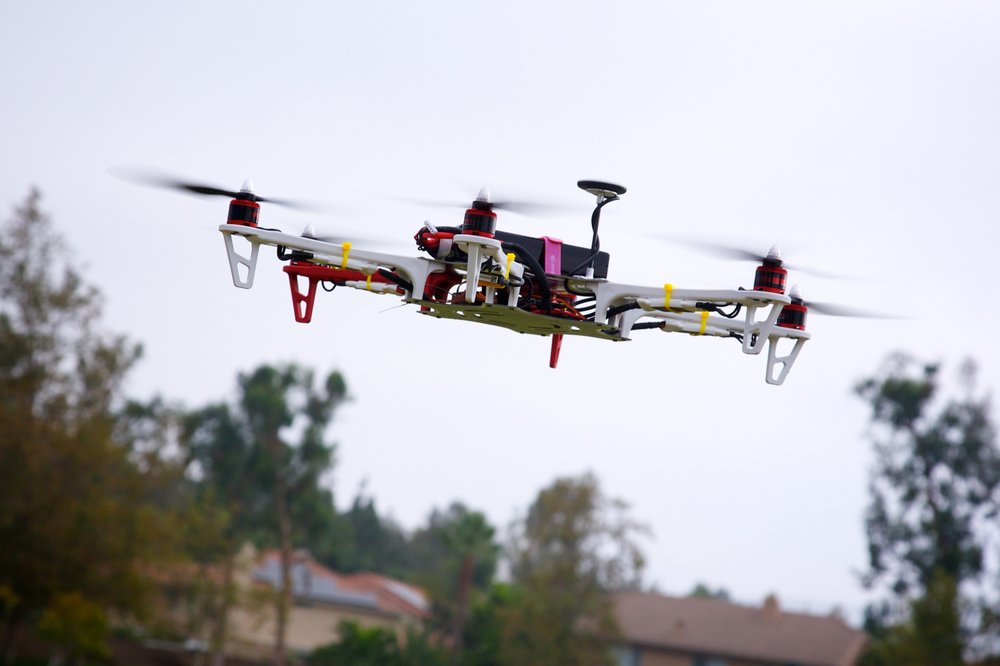 Unfortunately, the company is currently being wound down, which might indicate a degree of implausibility, but let’s look at this. Some of these drones, according to New Wave Energy, could also incorporate turbines in order to generate wind power. These drones would measure 20 metres by 20 metres and be capable of flying up to altitudes of 50,000 feet, far above the cloud level. The propellers could also serve a tracking function, angling the drones in order to follow the path of the sun across the sky. Furthermore, the wind is more consistent and powerful at such altitudes and that could help to replace the giant wind turbines down on the ground.

Okay, slight problem – how do we get the power down to the ground? The only way to do so would be to use low-energy microwaves beamed down to the ground and collected by antennae. These would subsequently turn the electromagnetic radiation into DC power.

The drones would of course power themselves using energy generated onboard, but they would still be able to generate 50 kilowatts of power from the receiving station on the ground. New Wave Energy believes several thousand drones would be needed to power a city of around 205,000 homes. They could also be used to deliver power to areas that are currently poorly served or to assist in areas hit by natural disasters.

Given that the company is currently being wound down, it doesn’t like this idea will be taking off (excuse the pun) anytime soon, unless there is another company somewhere in the world looking at the same idea. However, it does illustrate some of the potential uses drones could be put to in the years to come.

Returning to more low level applications for drones, searching a solar farm for broken panels requires a whole team of engineers, and drones could potentially do the job much better, thereby saving on costs and time. In desert areas, drones could eradicate the risk to personnel from dehydration etc. They are also faster, being able to travel up to 50 miles per hour and therefore being able to conduct these tasks in a fraction of the days or weeks it takes engineering teams to complete them currently.

Naturally the drone sector will have to be regulated, given the potential risk to aircraft etc, but the potential for cost and time reduction in the energy sector could be too good to miss. Therefore, expect to see more of these things in the future.

Renewable Energy Overtook Both Coal and Nuclear in 2020