Why Are the Sides of Railroad Tracks Always Littered with Crushed Stones?

Believe it or not, there is a practical answer behind why you can always find the sides of railroad tracks littered with crushed stones, also known as ballast—and the answer is not related to aliens. They are there for one simple reason: holding in place the wooden cross ties, the main support for keeping the rails in their proper position.

When one considers the feat that engineers pull off in the task of lining kilometers of steel tracks on the ground, the picture becomes clearer. There are a number of dynamic factors that must be taken into consideration: ground vibration and movement, heat contraction and expansion, precipitation buildup caused by unforeseen weather fluctuations, as well as the invasion of plants and weeds from the underside of the tracks. It is easy not to consider this when we are cruising along on a high-speed passenger train, or perhaps manning a freight train that transports tons of vital raw materials and resources to their needed destination. As in the case of most technology and feats of design, many of us are programmed to think about how a system works only when a functional problem arises.

For starters, the gauge, which consists of the two steel rails set down in that familiar parallel position, is connected by wooden ties which are joined to them with heavy bolts. The ties form an important cushion between the ground and the rails, and the ballast, in turn, supports the rails to “help transfer the load to the underlying foundation.” This step is vital for creating a kind of drainage system for protecting the overall structure.

The four factors mentioned above serve as a good point of reference for understanding the historical development of the railroad, and more importantly, why there have been relatively few efforts over the past two centuries to update or improve the important transport artery.

The Cost of Passenger versus Freight Trains

Another consideration that engineers and policymakers face in these years is the added challenge of running freight trains—which by far outstrip passenger trains in terms of railroad use—along rails that are also used for passenger trains. For long hauls, unmanned trains are also emerging as a viable financial alternative, but at this stage in their development, they are almost exclusively being used in more remote and sparsely populated areas.

A team of researchers at the Urban Transportation Center at the University of Illinois at Chicago (UIC) looked at the cost and efficiency impact on the freight train industry imposed by passenger trains and freight trains sharing the same corridor in a study from 2015. The paper is titled “Integrated Modeling of High Performance Passenger and Freight Train Operation Planning on Shared Use Rail Corridors: A Focus on the US Context”, and in it researchers argue that “shared use rail corridors can result in lower schedule delays for travelers, but higher costs for freight railroads.” 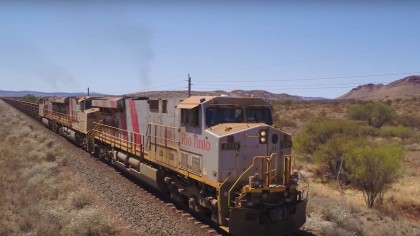 UIC Professor and study co-researcher Bo Zou, discusses the need for finding a balance that considers the unique demands of both: “This paper not only measures what impact adding higher-speed passenger trains has on freight trains in a busy corridor,” Zou says, “but it also tells policymakers what should be considered and often is not in passenger train scheduling, which is the delay and inconvenience for passengers.”

This issue is becoming more and more contentious, particularly in the US, which means that eventually, this industry may require a complete overhaul. Still, the correct approach is important: does a true reimagining of the railroad transport mean launching a series of significant upgrades, or reinventing the wheel?