Why Are Circuit Boards Very Important for the Aerospace Industry?

Circuit boards are an integral part of many electronics. They direct the electrical charges needed to operate a wide variety of devices from cell phones to digital watches. Without them, the vast majority of our electronic gadgets wouldn’t work the way they do. 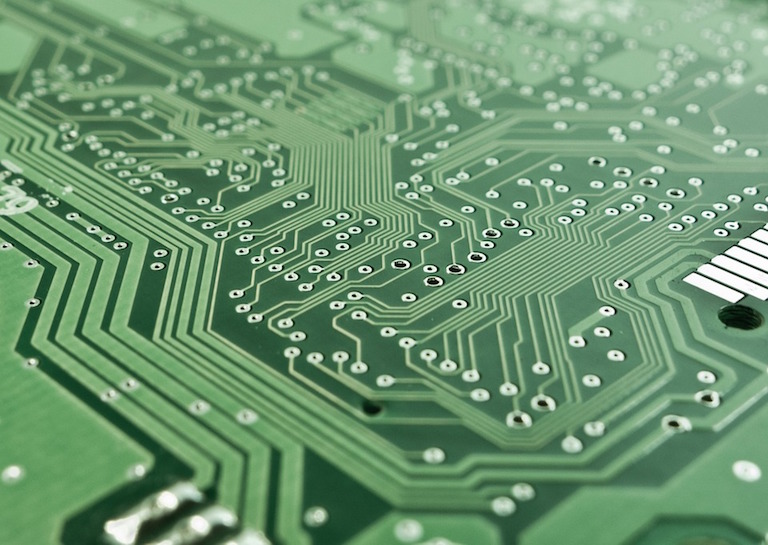 Usually, a conventional circuit board will do the trick. Certain conditions, though, require specialized solutions. Sometimes, a manufacturer may wish to input a circuit board in a position that a regular board couldn’t handle. Some boards need to survive extreme conditions, such as high temperatures and pressures. In situations likes these, manufacturers get a little more creative with circuit board design.

Circuit boards often called printed circuit boards or PCBs, include an insulator and threads of conductive material. In the majority of PCBs, the insulator is green fiberglass, which grounds the board, provides heat resistance or has some other functions. Copper is often used to conduct the electricity and attached by soldering the metal to the insulator.

Circuit board producers sometimes substitute materials when creating boards for specialized purposes. They may need to use sturdier materials or materials with certain properties if the board is exposed to extreme circumstances.

Other times, circuit board design varies to make the boards more adaptable. Flex boards, or ribbon circuit boards, are made to be flexible. This allows manufacturers to place them into devices in positions they normally could not. They can bend to fit into small spaces and wrap around other device components.

Circuit Boards for the Aerospace Industry

The aerospace industry is one sector that requires sturdier PCBs than those needed for average everyday electronics. The components used in planes, space shuttles, satellites and control towers need to be extremely reliable in extreme conditions. They’re exposed to some unusual circumstances that would put more stress on standard PCBs than they could handle. And if these essential components fail, the results could be disastrous.

That’s why circuit board producers take extreme precautions and use extra durable materials when it comes to aerospace. Advances in circuit boards benefit the aerospace industry by making it safer and more efficient.

Here’s how aerospace circuit boards withstand some of the harsh conditions they’re exposed to.

In outer space, electronics could be exposed to temperatures as low as negative 150 degrees Celsius. In the vacuum of space, there is also no air to transfer heat, so the only way to transfer it is through radiation.

Manufacturers use certain high-temperature laminates, copper and aluminum substrates in aerospace PCBs so that they can survive these extreme temperatures. Thermal compound is also often used to insulate heat from transferring to other electronic parts.

Components may be set approximately 20 thousandths of an inch from the board’s surface, or space may be used to facilitate thermal dissipation of heat. In aviation, fans may be used to get rid of extra heat.

Heat can also lead to oxidation. Using anodized aluminum can eliminate the problems that this might cause.

Electronics used in the aerospace industry can also be exposed to mechanical abuse like excessive shock and vibration.

So that PCBs can withstand these kinds of conditions, manufacturers sometimes alter the design of the boards. Some use pins that are pressed into the board to help hold components in place, as opposed to using soldering. Sometimes, engineers combine pins and soldering for additional security.

Some of the strategies for making PCBs more resistant to high or low temperatures also have applications for protecting against shock and vibrations. Applying thermal compound to a board can help reduce the impact of fluctuations. Leaving a small space between components and the surface of the board can also create some relief of the stress on the PCB.

PCBs used in outer space have another somewhat unique challenge to overcome. The higher levels of radiation in space can cause damage to equipment if it’s not suited to tolerate its effects.

Manufacturers attempt to shield electronics from radiation using various materials. They also make components smaller, so that are fewer pieces that risk radiation. They also build in backups so that a single radiation event doesn’t disable an entire operation.

Antifuse technology, which creates permanent routes that can conduct electricity between transistors, has been found to be more resistant to radiation. Other types of circuits have been made more resilient by using thinner layers of material.

In aviation, radio waves must be used to communicate, so it’s crucial that signals can be transmitted without becoming degraded in any way.

We use circuit boards every day, and they’re essential to most of our electronics. Our gadgets don’t usually have to endure any extreme temperatures or radiation though. When it comes to printed circuit boards for the aerospace industry, they need to be able to withstand a lot more.

Advances in circuit board design and production have allowed the aerospace industry to be advanced. Without aerospace circuit boards that can deal with radiation, we may not be able to explore deep space or send satellites to orbit the earth. If circuit boards used in jet planes weren’t able to withstand extensive shock and vibrations, they might become damaged, which could create a dangerous situation.

As circuit board manufacturers continue to innovate new ways to make PCBs more versatile, sturdy and reliable, the aerospace industry will benefit as well. Aerospace equipment will be able to use PCBs in a more efficient ways, need maintenance less often and run more reliably and efficiently. Although circuit boards are just one small part of the aerospace industry, they’re an important one that can have widespread impacts across the industry.