Have you ever wondered why concrete does not reabsorb water once it has dried out? Well, the answer to that is pretty interesting.

By  Interesting Engineering
May 14, 2016
Wikimedia

Concrete is everywhere. You can't go many places anymore without seeing it. Most of the concrete we see is in the form of sidewalks or buildings, but some artists even use it to build odd concrete structures, like the ones at the Garden of Eden in Kansas: 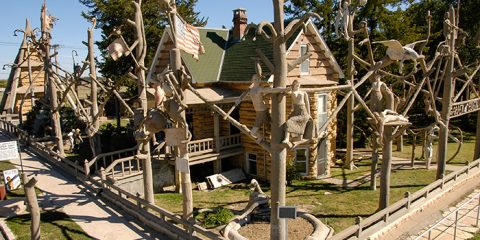 But have you ever wondered why concrete does not reabsorb water once it has dried out? After all, many materials like pasta and sponges do reabsorb water after they have dried out. Let's first explore what concrete is and how it's made.

Concrete is made by the combination of cement, water, and aggregates such as sand and/or gravel which makes a slurry that has the consistency of thick cake batter. The most common type of concrete is made from Portland cement which was developed from natural cements made in Britain beginning in the middle of the 18th century. Portland cement is a mixture of compounds made by burning limestone and clay together at very high temperatures. But what specific compounds are contained in Portland cement? It contains tricalcium silicate, dicalcium silicate, tricalcium aluminate, tetracalcium aluminoferrite and gypsum. 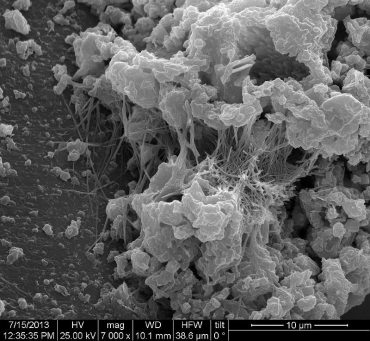 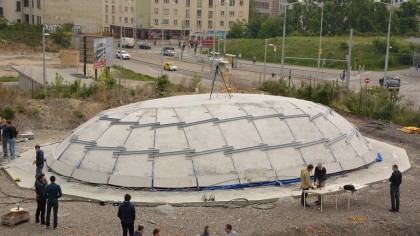 The reason that concrete doesn't dry out and then reabsorb water later is because water isn't leaving the concrete at all. It's reacting with it and becoming part of the concrete form. Concrete continues to set and cure for months and years, increasing its strength over time. It's a long-lived giant chemical reaction that continues on long after it has set.

This video explains this process flawlessly:

It's a good thing concrete doesn't reabsorb water after it has cured. Can you imagine what a soggy bridge would be like to drive on?

For further reading and studying on the chemical reaction specifics of concrete, go here.