Why Do Scientists Want to Track Animals via Satellite?

Satellites allow scientists and researchers to apply new strategies to their study of wildlife, accumulating data without the risk of disturbing natural habitats.

Prompted to list the benefits of a satellite system, the average person might reference the dish on their roof or the radio in their car. They may mention their cell phone service or even the local weather channel. But satellites have applications far beyond the public domain. 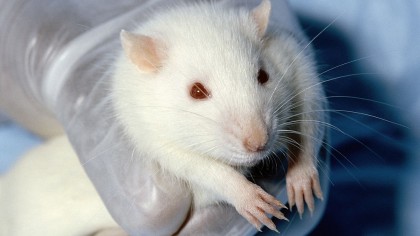 Advancements in modern technology have opened up avenues of research for biologists that were previously unavailable. Satellites allow scientists and researchers to apply new strategies to their study of wildlife, accumulating data without the risk of disturbing natural habitats.

While biologists in the past had to take great care in navigating sensitive, sometimes dangerous ecosystems — peering from beneath khaki pith helmets at lounging leopards with a notebook in hand — today's scientists enjoy the advantages of GPS devices that track animals passively.

But what do they gain from this practice? What information can we glean from tracking the migratory habits of Blackburnian warblers or the underwater voyage of bottlenose dolphins? While it's not immediately apparent to the uninformed, scientists monitor different species for a variety of reasons.

Many endangered species represent a lucrative enterprise to poachers. The market for exotic furs, horns and ivory is highly profitable in countries like China, where this illegal merchandise can sell for enormous sums of money.

Only recently did the Chinese government take steps to end this issue, though it continues to persist outside the limitations of law enforcement.

The selling price of rare animal parts places the problem in perspective. In 2014, rhino horn sold for more than $60,000 per kilogram, and raw elephant ivory sold for $2,142 per kilogram.

Poachers driven by the profitability of their illicit trade have reduced the population of endangered species at an alarming rate.

Save the Elephants, a Kenya-based charity, uses Google Earth and GPS technology to combat criminals attempting to harm protected wildlife. By securing elephants with tracking collars, they can view their movements and predict the path of herds through observation of nearly real-time data.

When an elephant begins to exhibit unnatural behavior — showing signs that it's trying to escape a pursuer or otherwise ceasing movement entirely — the team knows a poacher is present and is likely attempting to hunt the animal. From there, they can take measures to investigate and ensure its safety.

In addition to aiding the protection of endangered species, the data Google Earth collects is available to the public. Through a combination of Fusion Tables and the Google Maps engine, Elephants in Peril hopes to gain support for their cause by attracting attention to the global problem of poaching.

With the application of tracking technology in modern-day conservation tactics, organizations like Save the Elephants will see a higher rate of success.

Putting an end to the illegal wildlife trade is no small task, but satellites have slowed the intermediaries that make it possible. Other utilities for tracking exist, as well.

Accurate Info on Migration and Breeding

ARGOS, a satellite system managed by the company Kineis, has made plans to track more than a million animals in the next 10 years. Their web of mini-satellites will prove a valuable, inexpensive resource to those with an investment in animal observation — helping both farmers and scientists alike.

Developments in the ARGOS system have increased its speed by a considerable margin, which allows for greater precision in wildlife study. Researchers no longer have to wait for hours for an update, receiving data at 15-minute intervals instead. This rise in frequency gives them a cleaner, more cohesive picture.

One of the primary purposes for ARGOS in biology is to follow the migratory patterns of individual animals. Through noninvasive means, they attach tracking devices to birds, bears, seals and other species to gain a comprehensive understanding of their habits. This data aids conservationists.

Scientists who tracked narwhals in the early to mid-2000s benefited from the study of their migration. In learning where the narwhals traveled, they determined which areas were unfit for human expansion — safe places that had the potential to damage that specific population if they were disturbed.

A clear profile of a species and their behavior helps biologists decide the best methods by which to protect them. Without the thorough study of an ecosystem and all its many elements, that precarious balance is liable to tip, which has far-reaching implications in the context of the broader food chain.

In addition to learning valuable information on the migratory patterns of animals, researchers also benefit from observation of breeding habits. A group of animals that splits from the main population can provide valuable insight into a group dynamic — data otherwise unavailable without tracking technology.

Prevention of Disease and Invasive Species

Animals transmit a variety of diseases through zoonotic pathogens, to which human beings are particularly susceptible. It is a common occurrence, with recent examples like swine and bird flu.

The most well known zoonotic pathogen was bubonic plague, an illness that killed between 30 to 60 percent of Europe's population.

With this in mind, it makes sense why scientists would want to use satellite technology to curb potential outbreaks before they have a chance to claim any victims. If organizations like the Centers for Disease Control had a better grasp on the situation, they could take more efficient preventive measures in less time.

Satellite tracking helps researchers visualize the spread of pathogens. The data from an outbreak of a disease in a rat population applies to humans as well. Information like the rate of transmission and mortality inform the response of those who play a role in maintaining public safety.

The International Cooperation for Animal Research Using Space, or ICARUS, is another initiative contributing to wildlife research. They hope to design tags small enough to attach to insects, gathering insight they intend to make available to everyone, regardless of occupation, investment or purpose.

A growing problem scientists intend to tackle concerns the proliferation of invasive species in non-native locales. Animals that don't belong in an ecosystem will inevitably disturb it, rearranging the predator/prey dynamic with serious long-term consequences for existing wildlife that depend on that stability.

Members of an invasive species, tagged with tracking technology, would present less of an issue if they were easy to locate, trap and move elsewhere. Satellites allow for close surveillance of these animals, lessening the threat they pose to other animals that haven't evolved defense mechanisms against them.

Study of Climate Change and Its Effects

Climate change poses a danger to both humans and animals. As temperatures wildly fluctuate and natural disasters occur with increasing volatility, any data researchers can glean on the subject goes a long way toward preparing us for a potentially dangerous future of rising ocean levels and extreme weather.

Tracking the response of animals to climate change adds to our present understanding of how it works and what to expect. Shifts in the length and severity of seasons have affected the patterns of migratory birds, leading scientists to reach conclusions about the state of our ozone layer.

In studying paths of migration and the behavior of different species, researchers can determine with greater accuracy which parts of the planet are suffering the most from damaging carbon emissions and the thinning of the atmosphere — which adds to their cohesive understanding of an increasingly pressing dilemma.

By tracking the trajectory of birds on their path from place to place, scientists can support their argument with additional evidence that seems impossible to deny. From the melting of the ice caps to the shattering of Arctic sheets, animals like the polar bear, seal and snow fox are all in danger of losing their habitats.

Data acquired using satellite tracking will ultimately serve to convince skeptics climate change is a genuine and pertinent issue we can't afford to ignore or deny. With a little help from the birds, we can progress toward an environmentally friendly and sustainable future for all.

As researchers accumulate more and more information to add to their understanding of the natural world, we'll learn how to better accommodate ourselves within it. Human beings don't have to represent a threat to wildlife and the environment. We can, instead, strike a harmony where every living creature benefits.

In using satellite technology to end poaching, gather data on migration and breeding habits, prevent disease and the encroachment of invasive species and study the dangers of climate change, we continue to move toward the end goal of peace and mutual prosperity.

The hard work and collaboration of today's researchers will contribute to a happy, healthy world where both people and wildlife can coexist and thrive.

Information is key to reaching this resolution, and the better informed we are, the greater our respect will become for the majesty of nature and the beauty of our animal counterparts.

Because, in truth, we need them as much as they need us!