Why Do We Even Bother with Muzzle Brakes?

Muzzle brakes as additions to a gun can significantly reduce recoil and offset smoke in the middle of gun usage. They're often seen on battle tanks and larger guns, but they can be used on regular firearms.

What are those big bulging things we see on tank model kits or on real-life massive guns? They're called muzzle brakes, and while they're incredibly cool-looking, they actually serve a very important purpose.

It's easy to only associate them with larger guns like howitzers or battle tanks. However, muzzle brakes can be fit as an accessory on regular firearms.

In the following article, we'll take a quick look at them at what they are used for.

What are they for?

As Newton tells us in his third law "for every action has an opposite and equal reaction". This is as true for you sitting in a chair as it is to you firing a bullet.

As the firing pin compresses, the primer and ignites the gunpowder. This results in an explosion and expanding gases that speed the bullet out of the barrel. The very same explosion causes an equal reaction in the opposite direction -- what we know as recoil.

Muzzle brakes were one of many solutions to attempt to dampen this recoil, especially noticeable in larger field artillery. The idea is that the released gas that propels the bullet out of the barrel can also be used to reduce the kickback from the weapon.

This can be achieved in various ways. You could simply cut holes or ports in the barrel itself to divert the gas upward or sideways. In the former case, this would push the muzzle down to help counteract muzzle jump. Other examples divert these gases slightly backward away from the end of the barrel.  This helps push the barrel forwards a bit to counteract the recoil. Simple and effective.

But that's not just it. They are also pretty handy to reduce the amount of discharge smoke from the gun.  This could prevent you from seeing your target after firing, or spot where the shell lands to correct your aim. It's two crucial benefits in one device.

Most brakes in guns take the form of 5-centimeter tubes that screw onto the end of the muzzle. They can, of course, be integrated into the gun design. These are generally designed to divert the gas 90 degrees perpendicular to the barrel. Most brakes are designed to the detached but not always.

Muzzle brakes on guns tend to reduce recoil by around 50 percent. Not too shabby if you're someone who has ever had a blown shoulder or another recoil injury before. Some rifles would likely be unshootable without one. There does also appear to be some evidence that muzzle brakes can improve accuracy as well as making the shooting experience a little bit more comfortable, to say the least.

Muzzle brakes are not without their problems, as you'd expect.

Firstly, muzzle brakes for firearms are not cheap. A good muzzle brake would set you back around $250 a piece. Secondly, they tend to be quite noisy by comparison. As the muzzle blast is partially redirected more towards the shooter than away, you'll likely need ear defenders or risk your hearing.

Thirdly, they add some length to the gun. This might seem a minor issue to some, but it can really bother veteran shooters.

Muzzle breaks can also break scopes. As most scopes are designed to withstand violent recoil actions with gradual deceleration, the sudden stopping, relatively, of a muzzle brake can damage them. As the deceleration is more violent, it can be akin to slamming the scope into a wall.

Here's a fun video (not just because of the narrator) of gun fire "fails."

You need to track your target and correct for missed shots in the heat of battle. Not being able to see through the gun discharge smoke is not ideal.  Muzzle brakes provided a good solution to mitigate this and improve firing accuracy for gunners. Not only that, but the reduced "rocking" of the tank chassis and reduced muzzle drift would save precious seconds correcting the gunners aim.

The recoil on large caliber weapons will kick the gun back quite a lot too. This is fine in an open field, but when confined within the tank's turret this could prove disastrous for the crew.

Although the tank designers would be well aware of what to expect from the recoil distance and design the turret accordingly, the addition of muzzle brakes would mean that existing designs could be only slightly altered to accommodate much larger guns.

Great, they improve visibility after firing and counteract recoil, what's not to like? Shouldn't all guns have them fitted? Interestingly if you look at most modern battle tanks like the Challenger 2 and Abrams's you'll notice a distinct lack of muzzle brakes.

This is because muzzle brakes are not appropriate for the kinds of ammunition they use. Modern tanks will use a combination of discarding SABOT shells or folding fin shells.

The former has a sacrificial casing that separates from a smaller, hard, usually tungsten, tip. The idea is that this action reduces air resistance for better speed, accuracy, and range. The later deploys fins as soon as the shell leaves the barrel, again for better results. 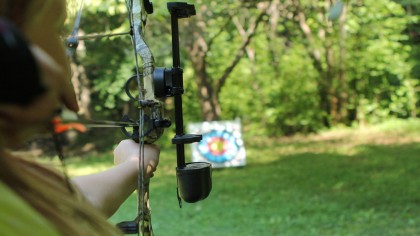 The Interesting Reason Why Bows Were Replaced With Guns

For tanks, longer barrels are also an issue for rotating the barrel or generally turning the tank in confined spaces like forests or narrow streets. Also, the side blast from these guns is pretty powerful. This can be very dangerous for friendly units nearby, for obvious reasons. Not to mention it could completely obscure their visibility.

Muzzle brakes are more than just those cool add-ons to guns you see in action movies. They can serve an extremely important purpose. It goes to show that even the smallest elements of engineering and gadgetry can have some of the biggest impacts -- even in battle.

Even with a Ton of Data, AI Can't Predict a Child's Future

The Reason Why Good Engineers Quit Their Jobs