Why Don't Airplane Seats Line Up with the Windows?

Window seats have a correlation to savvy business rather than any sort of smart engineering. This article goes into further detail of the financial decisions behind your favorite discount airlines.

Window or aisle? It’s the question that divides frequent flyers all over the globe. Aisle lovers argue for the opportunity to stretch out, easy access to the toilets and a lower feeling of claustrophobia. But sitting at the window you get a view!

Walk down almost any commercial airplane and you’ll notice the seats don’t line up with windows.  Some are askew and restrict the view out the window. But how did this happen? The surprising answer has nothing to do with engineering.

The arrangement of seats in an aircraft in relation to its windows isn’t revealed to the consumer when they buy a ticket.  You can certainly choose a ‘window’ seat, but there's still no guarantee whether you'll get a clear view out of the window. An aircraft can only have a certain amount of windows. However, airlines fill the interior of the aircraft with as many seats as possible and the seats cannot be arranged according to the window layout. Fewer seats would less money and less profit. It could also lead to more expensive tickets as there would be fewer seats per flight.

Maximizing the Number of Seats is an Airline's Priority

Airlines like JetBlue and American Airlines buy planes without the interiors fitted, so the companies are free to pimp their planes to their liking. In the case of budget airlines, they can fill the planes with as many seats as physically possible. The math is pretty simple: more passengers per flight, the higher the profit.

Of course, it isn’t just windows that are affected by the extra seats.  Legroom is also sacrificed.  Most planes used to have 33 inches of space between the seats. This has now been reduced to an average of just 31 inches.  That can feel like very tight quarters if you are flying for more than an hour or so.

Budget airlines are big business. Almost all major airline companies run or invest in a budget airline.  Savvy consumers can get massive savings on all sorts of flights, but airlines are never far away from making a buck.  Budgets airlines often recoup the cost of tickets by charging exorbitant amounts for checked in baggage and other services.  In the case of Irish low budget airline Ryanair if you haven’t checked prior to arriving at the airport, to do so on location will set you back a neat 50 euro. 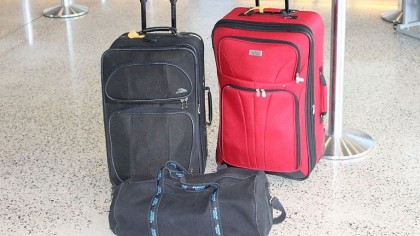 Despite the lack of legroom and hidden charges customers still prefer to pay less for their flights. More than half of the flights taken in the U.K. last year were with budget airlines. Online travel guides are full of tips and tricks to get even cheaper flights.  The most common advice? Fly out a Wednesday and back on a Tuesday.

Next time you fly, take note of where the windows actually are so in the future you can pick your seat wisely and really enjoy the view.