Why Engineers are Becoming Increasingly Important

The history of our species is a testament to the works of countless engineers. As we become more and more dependent on technology, engineers will become increasingly important.

The importance of engineers to any society has historically been of great importance, and that trend is only likely to increase over time. Engineers and their labors are, in effect, transforming the theoretical to the practical for the betterment of all.

One of the greatest, if not the greatest engineering feat was the introduction of electricity. Its development and deployment have had an incalculable impact on our societies. Just think about how much blood, sweat, and tears have been saved since its introduction. Work has become easier and our general standards of living have risen considerably.

Now consider a society that is completely free of engineers. What would it look like? It's a hard thing to picture because for as long as humans have existed, engineers (in some fashion) have also existed.

The closest we can probably think about would be a hunter-gatherer one. This society would literally be one of pure survival. There would be no innovation, no technology of any kind. As soon as one or other members of that society created a trap, a spear or improved on a technique for smashing things an engineer will have been "born".

From a  scientific point of view, the entire goal of life is to survive and reproduce. Our development of tools over our entire history has been a product of those basic "commands". The conception of and development of tools of any kind has been to help our species overcome our physical limitations as an animal. They have also helped accelerate or amplify our ability to survive and thrive.

Unless we destroy our species in a nuclear armageddon, this is a trend that is highly unlikely to slow down or cease. With this in mind, engineers are going to become ever more important with time.

The importance of engineering

No country or society today would succeed without the adoption of engineering at some level. Engineering and engineers have had an enormous impact on every aspect of our modern lives.

Let's take a closer look at a few of these.

Put simply, without food there would be no society. Our development by early peoples, who were engineers in effect, has enabled us to cultivate and harvest crops and rear animals. Given the importance of this sector, agriculture has a strong link with engineering. Agricultural engineering is a major field of engineering today.

It would a rare event to find a situation where machinery or other technology is not being used on a modern farm. The adoption of technology en masse has led to every increasing yields and efficiency of the production of food.

The development of fertilizers has further increased the efficiency of agriculture, most of which are the fruits of the labors of chemical engineers. Water supplies for irrigation even in very arid locations have been more or less guaranteed by other engineers. As our global population grows with time, the need for more and more food is self-evident.

Education is important for all aspects of life and society. Engineering has, in and of itself, made significant contributions to this aspect of society. From the basic teaching of the principles of engineering, the products of engineering are all around students and teachers alike.

In fact, the very building, the seats, and other teaching materials all around them would not exist without engineers and engineering. The physical buildings themselves, air conditioning, lighting and of course computers are vitally important.

As education will likely become ever more important in the future, though its format will of course change, engineers will be needed to facilitate the classrooms of the future. It is debatable whether actually physically attending a classroom or lecture hall will become extinct in favor of distant learning, but in either case, engineers skills will be needed. The future of education will make engineers increasingly important.

Every aspect of our lives has the fingerprints of engineers and engineering somewhere. Healthcare is another important area. Of course, the drugs and medicines used are more the realms of medical sciences. However, the equipment used certainly wouldn't exist without engineering.

Modern surgical theatres are jam packed with highly complex pieces of machinery to improve your chances of survival under the surgeon's knife. That includes the knife itself. With a likely increase in the use of more and more advanced equipment in the future, it is an inevitability that engineers will become ever more important in this field too.

Robotic or automated surgery may not be that far off either. This technologies development will rely more and more on engineers rather than the doctors themselves. Perhaps, in the future, the physical act of surgery will not need the guiding hand of human doctors. 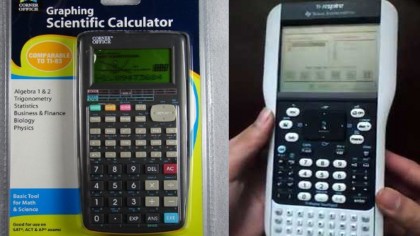 We have hand picked three sectors in our modern world where engineering has had a critical input. Engineering, as a profession, is of incredible importance today and has been since the beginnings of our species. The work of countless engineers over the ages has changed our lives forever. So much so it is unlikely most of could survive "in the wild."

Our understandable addiction and reliance on technology will only ever grow and as such, the importance of Engineer will follow suit. So why are Engineers increasingly important? Because pretty much everything around us wouldn't exist without them. This is not going to change anytime soon.