The difference in electricity transmission around the world has to do with Tesla and Edison's feud and early electricity monopolies.

Many countries around the world use different standards in feeding electricity to residents. The USA for example, uses 110V 60Hz AC current, whereas India uses 230V 50Hz AC current. These differences may not seem like a big deal, but they are actually rooted in a feud between Tesla and Edison. 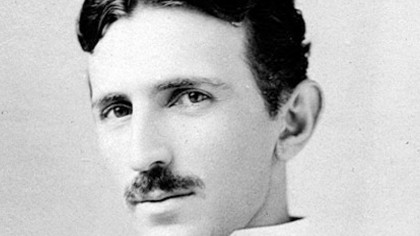 Direct Current was Edison's "invention" (or one of his workers), but it was not good over long distances. Tesla, on the other hand, created the alternating current which is great for long distance transmission. 110 volts was much more economic when electricity became widely available, and the voltage kind of stuck. At the time of the first widely available electric grid, it was mainly used to light houses, which used bulbs that worked best between 100 and 110 volts.

Before anyone knew whether AC or DC was better, Tesla and Edison fought out their discrepancies through intense experiments. Eventually, AC current won, and Westinghouse Electric in the US adopted the 110 VAC 60Hz standard. As this became the standard for American power, European power companies arbitrarily decided to operate at 50 Hz and push the voltage up to 240 in order to improve distribution efficiency. So, most European counties adopted 240VAC 50Hz as standard, which eventually spread to parts of India and Asia.

There really isn't a technical reason why many countries have different electric grids, but rather the facts are based on early monopolies and business agreements.