New research shows almost all the world's oceans have been negatively affected by the impact of humans.

Almost all of our world’s oceans have been negatively affected by the impacts of humanity, a new study has revealed. Just 13% of the world’s oceans remain without damage and home to naturally occurring high levels of marine life.

Excessive fishing practices, global shipping, and land runoff are major factors in the degradation of our oceans the researchers found. “We were astonished by just how little marine wilderness remains,” says Kendall Jones, at the University of Queensland, Australia, and the Wildlife Conservation Society, who led the new research.

Humans have negatively impacted almost every corner of the world's oceans

“The ocean is immense, covering over 70% of our planet, but we’ve managed to significantly impact almost all of this vast ecosystem,” Jones says that we can see just how rich our oceans wildlife was before human impact by examining the remaining 13% of ocean wilderness.

“They act as time machines,” he said. “They are home to unparalleled levels of marine biodiversity and some of the last places on Earth you find large populations of apex predators like sharks.” Only 5% of the remaining ocean wilderness sits within existing protected areas.

Much of the rest is in the high seas, areas away from land borders which are harder to protect. The researchers are using the results of the study to push for a high seas conservation treaty that is urgently needed.

They are also asking that the $4bn a year in government subsidies spent propping up the high seas fishing industry be cut. “Most fishing on the high seas would actually be unprofitable if it weren’t for big subsidies,” Jones said.

New mapping shows that half of the world’s oceans are now industrially fished. The researchers fear this number could increase and areas that have been previously untouched by human impact could soon be damaged.

Areas of ocean wilderness are under direct threat from increasing fishing plans as they are unprotected by any laws. “This means the vast majority of marine wilderness could be lost at any time, as improvements in technology allow us to fish deeper and ship farther than ever before,” Jones explains.

New fishing areas are also opening up as ice cover melts due to climate change. Jones and the research team identified Arctic wilderness areas previously protected by ice cover in the 1970s that had now been lost after the ice melted and fishing boats were able to access them. 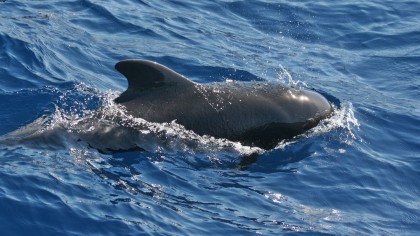 The team says that soon almost every part of the ocean will be under threat due to human activity. Despite the worrying news the researchers point to positives as well.

Areas around the British Indian Ocean Territory close to Diego Garcia are flourishing in part thanks to controversial decision to remove islanders in the 1960’s. The world's biggest marine sanctuary is one step closer to being formed now that major fishing companies are supporting moves for its creation.