Will We Ever Have a Supersonic Commercial Jet Again?

Ever since the final flight of the Concorde in 2003 due to skyrocketing costs, supersonic flight has only been available to the top military pilots. However, it looks like supersonic planes may once again be making their way into the market. So, will we soon see the days of commercial supersonic travel again? Maybe.

From January 21, 1976 to October 24, 2003, the world had supersonic commercial flights on the Concorde. Despite the historic Concorde crash that many cite as the ultimate downfall for the plane, it all came down to cost. Due to the high ticket price (~$12,000 per passenger) and the small number of passengers it could carry, only a few routes were profitable for the Concorde. This meant that airlines had a hard time making money with the Concorde, leading to its decommissioning. The following video from Vox goes into greater detail about why the Concorde fell from supersonic glory.

It's been nearly 15 years now since the Concorde stopped flying and the thoughts of bringing back supersonic flight are at the top of many engineer's minds. We know that supersonic flight of a commercial plane is feasible, but in order to make it economical, some massive engineering improvements will need to be made.

Teams at NASA are working to develop a supersonic commercial aircraft. BOOM technology, a private company, is also working towards a viable supersonic aircraft with Virgin's help, according to The Verge. There's no word yet on what NASA expects to market the flight for, but Boom and Virgin Group claim that tickets will be as low as $5000. If they can hit this comparatively low price point compared to Concorde flights, we may soon see supersonic flight again.

Richard Branson, the founder of Virgin Group, is helping Boom with research and development as well as the option to buy the first 10 planes off created. Their plane will only have 40 seats total, a small number compared to the Concorde's 128 seat cabin. The plane will travel at Mach 2.2 and travel from New York to London in just 3.5 hours. The engineering behind this plane is feasible and some big names are behind the research. 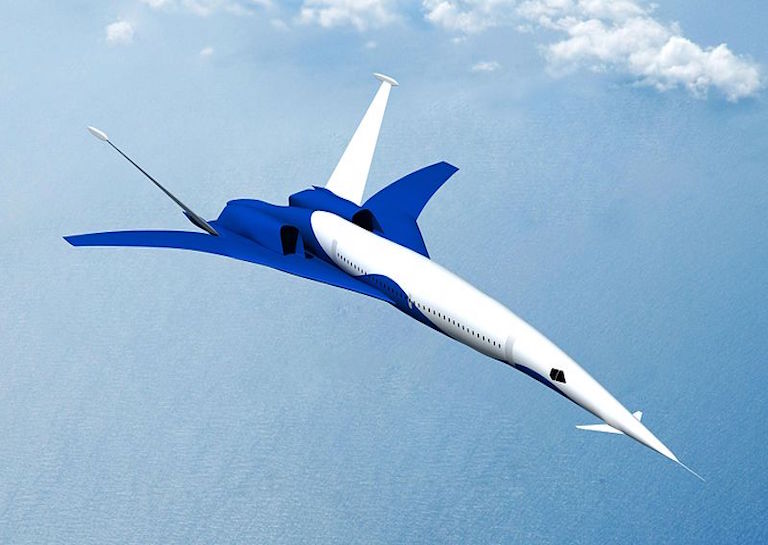 NASA, on the other hand, is working on developing a supersonic commercial plane with the main focus of decreasing the sonic boom. Sonic booms surrounding the Concorde were one of many reasons that people didn't like the plane. NASA has awarded a contract to Lockheed Martin to pioneer research in that area.

Despite the massive engineering efforts to bring back supersonic travel, we are still a long way off from it coming back to the commercial realm. Engineering the plane is one thing, but navigating the political arena around supersonic travel as well as complying with environmental regulations may ultimately keep it from happening. Both NASA's project and Boom's project are expected to create working prototypes in the next 5 years, so we may get an answer soon.

While we may see a commercial supersonic aircraft created in the next few years, the question still remains, will it ever get off the ground with commercial passengers?

What are your thoughts on commercial supersonic flight? Let us know in the comments below.

SEE ALSO: Supersonic Jet Faster than the Concorde Under Construction