Exciting Hyperloop One Project Gets Closer to Becoming a Reality

Hyperloop One just moved one step closer to becoming the next huge transportation breakthrough.

Yesterday, 500 meters high in the Burj Khalifa tower, Hyperloop One signed an agreement with Dubai’s Roads and Transport Authority (RTA) to explore high-speed routes in the United Arab Emirates. Through Hyperloop One, users can travel from Dubai to Abu Dhabi in 12 minutes. The trip usually takes two hours. The team rests on how fast Hyperloop One is gaining traction.

Hyperloop One wants to reinvent transportation to eliminate barriers of time and distance by using Hyperloop transport to move cargo and passengers immediately, safely, efficiently, and sustainably.

The system uses electric propulsion to accelerate a passenger or cargo vehicle through a tube in a low-pressure environment. The autonomous vehicle levitates slightly above the track and glides at faster-than-airline speeds over long distances. This system eliminates direct emissions. It also reduces noise, delay, weather concerns and pilot error. 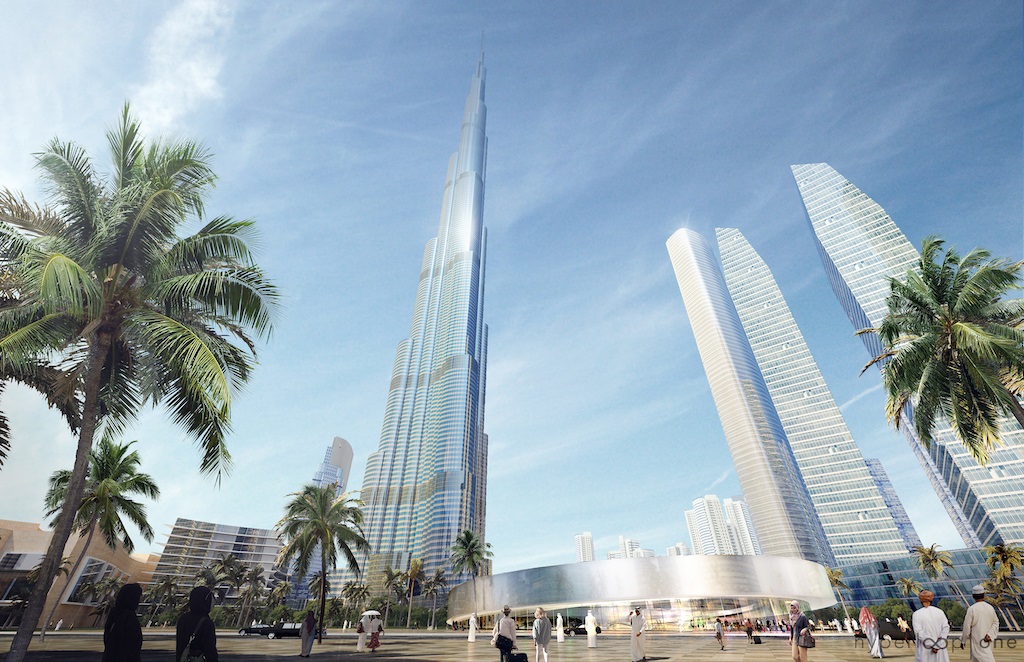 The Hyperloop One team also signed a second agreement with the RTA, a feasibility study following a deal to explore cargo system with DP World in August. Overall, it's the sixth route study of Hyperloop One. The team will spend the next 12 weeks working with design and architecture firm BIG, transportation consultants at McKinsey & Co., and the RTA to figure out where and how to build what would likely be a hybrid passenger-freight system in Emirates.

“Dubai makes perfect sense for Hyperloop One because this is the 21st century's global transport hub and its leaders understand that Hyperloop One is ushering in the next era of transportation,” says Shervin Pishevar, Executive Chairman, Hyperloop One.

What will it be like to ride the Hyperloop?

The team worked with the thinkers at BIG over the last six months and came up with an original system design that solves the challenge of loading lots of passengers quickly into a Hyperloop tube while creating new opportunities to deliver a better passenger experience.

The video below shows the concept in action:

The set of products include:

Hyperportals - the equivalent of stations or airports

Autonomous Hyperpods - a translucent or transparent-walled pod that dock into Hyperloop One transporter for longer distance travel but otherwise zip around town on their own. It can turn into a platform that works with self-driving Teslas, BMWs, or any of the urban mini-cars on the horizon

The team will partner with companies like Uber and Didi to build networks in cities everywhere.

Hyperpods can seat from 6 to 100 people as a living room. Companies can have their own custom meeting pods. So can families--think of it as a long-distance minivan. There could even be a critical-care pod to whisk patients to the hospital.

One of the ideas the designers at BIG came up with was to install narrow slits on the tube at regular intervals to create a zoetrope effect that tricks the eye into seeing as a moving image of the outside world.

Every journey is direct and operates as per your schedule. The idea of the Hyperloop One is that through an app on your phone, choose an autonomous Hyperpod which drives you into the portal and docks inside a waiting transporter and off you go directly to the destination portal where your pod emerges from the transporter and heads off to your final stop. Your doors only open twice.

The portal is located in front of the Burj Khalifa, emphasizing Hyperloop’s ability to integrate harmoniously with the built environment. Not only does it offer direct access to the world’s tallest building, but also to the world’s largest shopping mall – the Mall of Dubai. 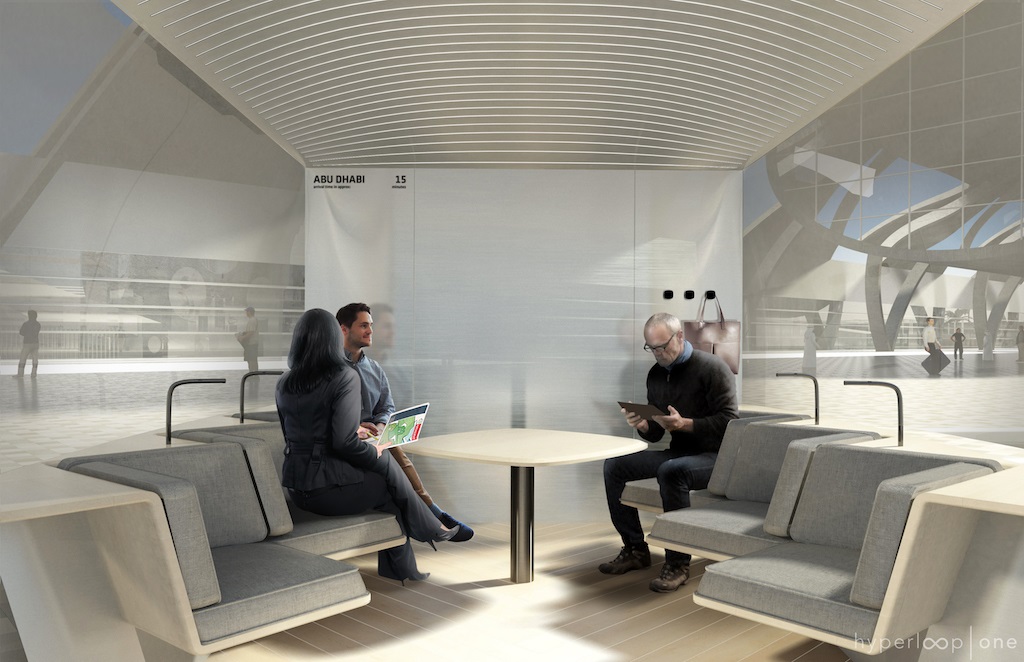 Upon entering the portal, travelers can see all of the departing pods at once. The Control Center monitors all pod and tube conditions and activity in the regional or city Hyperloop network in real-time and is simultaneously a window into the real world.

The ring-shaped portal spans over its busy intersection at three locations. Three column-free and massive cores offer access from the road level and make the free flow of traffic beneath.

The pods move in a single lane on the outside of the portal and dock into translucent-walled gates (left side). The inside façade of the ring (right) is fully glazed, creating a visual connection for travelers upon arrival at their destination.