The cost of wind power has dropped to a record low in India after the government removed price regulations on the industry.

Wind power is now cheaper than coal-based electricity in India. Wind power tariffs fell to a low of Rs 2.64 per unit, a drop of 24% from its previous low of Rs3.46. Solar power tariff was Rs2.44 per unit in May. Both renewable energy sources are now cheaper than coal-based power which costs around Rs3.20 per unit. The price drop is thanks to the change in the method of price determining. The sitting government headed by Prime Minister, Narendra Modi made changes that allow the market set the price of the energy tariffs, rather than a regular. A drop in prices came soon after the changes were implemented “The main reason is simply increased competition,” renewable energy consultancy Bridge to India (BTI) said in a statement.

While the price drops are good news for consumers they can also lead to a shaky territory for investors and lenders. Energy distribution companies that had already signed power purchase agreements (PPAs) are now either wanting to get out of the agreements or are pressuring wind power farms to sell at the recently released lower prices. BTI commented on the current situation saying, “We believe that the new wind tariffs are too aggressive. The viability of these projects would depend on the project execution capability of the firms involved.” Future wind projects are now stalled as the market waits to see what will happen with the prices.

Earlier this year the Indian Energy Minister, Piyush Goyal told audiences at the Vienna Energy Forum, “Everything changed in 2015 with the Paris climate agreement. We must decouple economic growth from environmental impacts and leave a better world. Every moment counts.” India is currently mainly powered by coal but is in a hurry to make the switch to renewables. 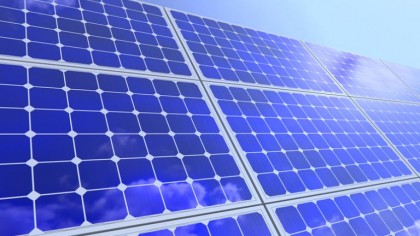 The country, which is home to 1.3 billion people is replacing 770 million street and household lights with energy-saving and long-lasting LEDs. The government also plans to bring electricity to many rural villages for the first time within the next 5 years. Vivien Foster, an energy economist at the World Bank, says, “India is the poster boy for clean energy… showing this is not a burden, just the opposite.”

While India has big plans to increase solar and wind energy production, it is thinking laterally in its plan to go green. By replacing household and street lights will cut the country’s electricity demand by 20,000 megawatts (MW). This switch will also save almost 80 million tonnes of Co2 each year after the change. Other projects include increasing wind and solar farms across the country. At the paris Climate Change Conference in 2015, India surprised many by promising it would add 160 gigawatts (GW) of wind and solar by 2022 to the existing 26 GW. To put this into some context, the U.S currently has roughly 100 GW in total across the country.