The first ever climate modeling simulation to take into account the effect of precipitation on vegetation revealed the power plants would turn the region green.

Wind and solar energy are on the rise as environmental concerns keep growing. However, both of the renewable energies' farms are known to have regional effects both good and bad.

These include changes in heat, humidity and other factors that affect temperature, rain and, as a result, vegetation.

Luckily, a new study released this week is revealing the aftereffects of these installations in the Sahara Desert and neighboring Sahel would be predominantly beneficial.

A first in climate modeling

The research is based on climate-modeling simulations that for the first time took into account how vegetation responds to weather and precipitation changes.

"Previous modeling studies have shown that large-scale wind and solar farms can produce significant climate change at continental scales," said in a statement lead author Yan Li, a postdoctoral researcher in natural resources and environmental sciences at the University of Illinois. "But the lack of vegetation feedbacks could make the modeled climate impacts very different from their actual behavior."

Li and his team chose the Sahara as their research's focal point due to several of its unique qualities. "it is the largest desert in the world; it is sparsely inhabited; it is highly sensitive to land changes; and it is in Africa and close to Europe and the Middle East, all of which have large and growing energy demands," Li explained.

Bringing the rain to Africa

Their model revealed resulting complex near-surface air temperatures changes that in the end induced precipitations, literally "blessing the rains down in Africa". "The rainfall increase is a consequence of complex land-atmosphere interactions that occur because solar panels and wind turbines create rougher and darker land surfaces," explained study co-lead Eugenia Kalnay at the University of Maryland.

Regions with wind farms, in particular, showed precipitation rises of as much as 0.25 millimeters per day and in the Sahel those rates reached up to 1.12 millimeters a day. "This was a doubling of precipitation over that seen in the control experiments," Li said.

The researchers made sure to simulate wind and solar power plants that would be large enough to cover our energy-hungry world's massive needs. "In 2017, the global energy demand was only 18 terawatts, so this is obviously much more energy than is currently needed worldwide," Li said.

This meant the farms would cover more than 9 million square kilometers. This range would see them generate an estimated average of about 3 terawatts of wind-powered electricity and 79 terawatts of solar based electrical power.

But the best part of the study was what this rise in rainfall did to local vegetation, and further to the region's overall weather and environmental patterns. "This increase in precipitation, in turn, leads to an increase in vegetation cover, creating a positive feedback loop," Li said. 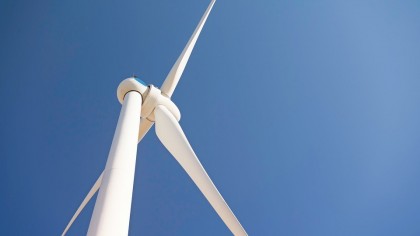 The process could see this once dry and barren area become home to many green oases. "We found that the large-scale installation of solar and wind farms can bring more rainfall and promote vegetation growth in these regions," Kalnay revealed.

The researchers hope this increase of rainfall and vegetation, when complemented by the rise of clean electricity, could instigate local agricultural, economic and social advantages that would extend to the Middle East as a whole.