A small coastal town in the western Netherlands is plagued by high winds which make navigating the town's narrow channels difficult for large ships. Rozenburg, South Holland has been growing increasingly in the last 50 years, with the port becoming key in the Netherland's shipping industry. This has led engineers to give particular significance to making sure ships have safe passage through the narrow waters. As barges and transport ships have grown larger, the narrow Calland Canal has grown too small to navigate unless under good conditions. Engineers devised the innovative solution of building a series of semicircular columns forming a wind wall that reduces wind speed by up to 75% in the area. 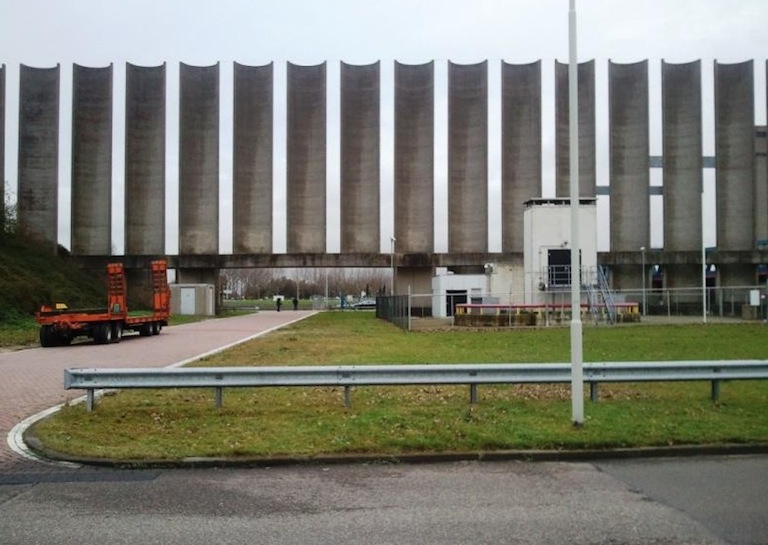 The city proposed the construction of a wind wall in the mid-1980s and called upon Martin Strujis and artist Frans de Wit to create a structure that wasn't an eyesore. The wall appears less like a functional work of engineering and more like a large scale sculpture, and that was exactly the intent. The wall is both aesthetically pleasing to the eye yet a great feat of engineering in what it accomplishes.

The semicircular slabs that make up the wall are 25 meters tall and 18 meters wide, spaced equidistantly apart. As the wall nears the Bridge of Calandberg near the north end of the canal, the slabs turn into square flat walls, spaced more closely and on a rising embankment. The use of square slabs along with the embankment create a better barrier for ships, giving them even greater stability as they navigate under the bridge. 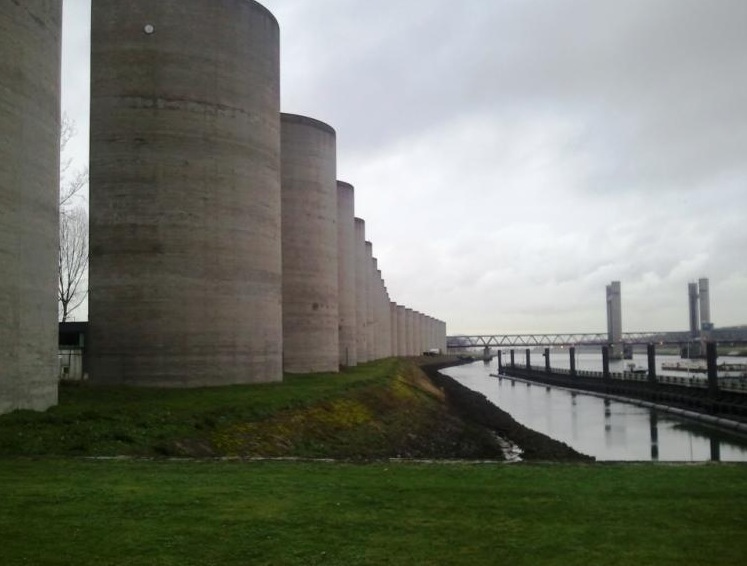 If you want to explore the area a little further, take a look at the interactive Google Maps below and get a sense of just how massive and interesting the structures are.


SEE ALSO: The global economy will change again thanks to the giant new Panama Canal