Window Socket to Charge for Your Mobile Device

Solar power is becoming more and more popular as an alternative of the regular power sources. Many solar power plants occur worldwide. They’re mainly two types: arrays of photovoltaic panels and concentrated solar power stations, which use mirrors to concentrate large amount of sunlight onto small area. Water passes through this area and is overheated, which leads to generating steam and pressure, respectively. This pressure is then used to propel turbines and generate electricity. 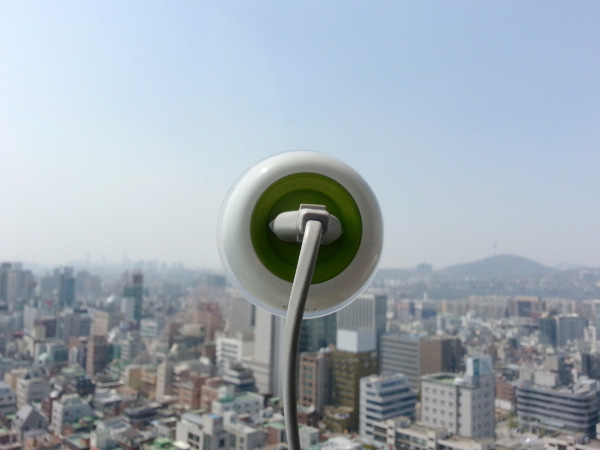 In the past few years new class of solar power production has arrived – solar powered gadgets and micro-solar chargers. Such charger is the Window Socket, developed by Boa Oh and Kyuho Song in the first half of 2013. The idea is as ingenious as it is simple – the device comprises of a photovoltaic cell on one side that powers standard plug on the other. And that’s all. It adheres to the window with the help of a transparent plastic suction plate. Window Socket has a relatively small battery – 1000 mAh, which is fully charged by the photovoltaic cell for 5 to 8 hours, depending on the sunlight strength. After that it could support working of small devices for up to 10 hours. Using of electricity is stopped when the cable is unplugged or just turned to its left side.

Another similar device is the Ray solar charger unit. It is adhered to a window via transparent suction pad, just like Window Socket, and gathers solar energy which is then stored into a battery, just like… you know who. Any differences? Ray transfers its energy via USB cable, and also the shape is different (if it could be considered as important difference).

Both devices are supposed to provide power to customer’s wearable electronics in case of emergency. It could be attached to any window in an airplane, a car or while sitting in a coffee shop.