Drones are advancements of the 21st century, but their flight time is hindered by battery life and weight. Thanks to wireless power, we may soon see the day of drones having endless power, and thus unlimited flight time. Researchers from the Imperial College of London have found a way to create a drone that can essentially fly forever since it gets all of its power from a wireless energy system. Check out the test footage in the video below.

The research was led Dr. Samer Aldhaher, where he worked to create a drone that didn't need a battery to operate. Through using a wireless transmitter beneath the drone, they were able to get it to hover above the power source.

While wireless power in drones is an incredible feat, there's one problem, it can't fly very far. This drone can really only hover over the power source, if it goes too much further, it won't receive any energy. As wireless transmission inevitably improves, we are going to see advances in the ranges of wirelessly powered drone. 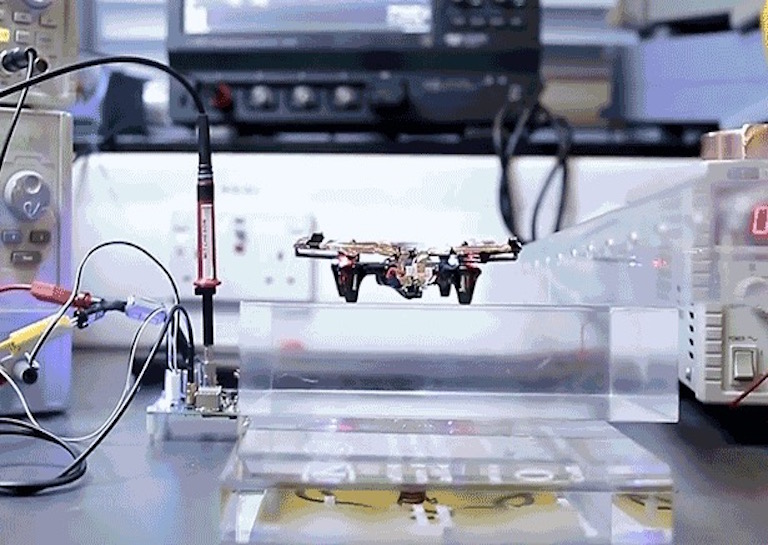