Hidden cameras and spy gear can be amazingly fun to play around with as long as you use them for good. One engineer reported that while she was stationed on an offshore oil rig, she noticed a hook on the back of her door in her room. She initially blew it off but after several months she decided to investigate further and found something pretty devious, a hidden camera. Someone on the platform had installed a secret recording device that looked like a coat hook and the female engineer was horrified.

She would like to remain anonymous, but her and a team of attorneys are trying to file suit against the employees and the company that she once worked for.

"There was a device similar to a hook, and it was white, that was on the back of the door in my room" says the engineer, "...every day the anxiety and fear of waking up and thinking that this footage could be online is a haunting thing." ~ Female Engineer, Victim

When modern technology meets the hands of many, it becomes a dangerous tool utilized to bring embarrassment or even harm to others. When the company began investigating into the source of the coat hook, no one stepped forward and the perpetrator remains unfound. Unfortunately, tracing a recording coat hook back to its original owner is quite hard when you are out in the sea. 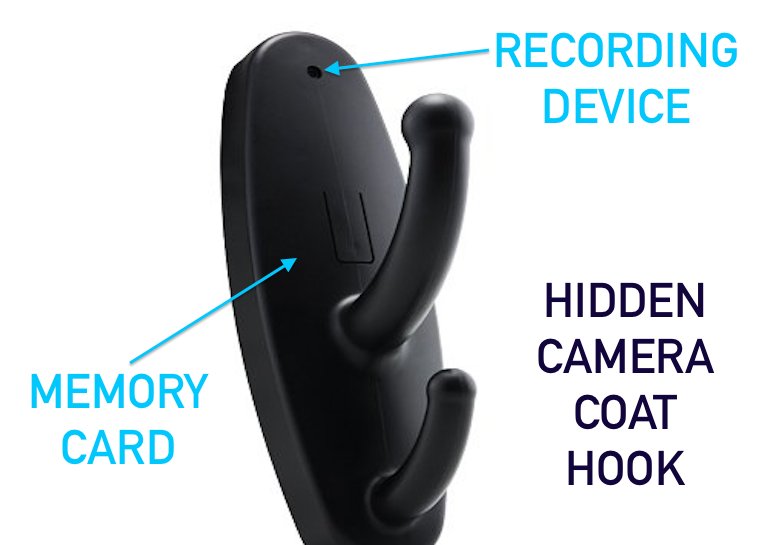 As engineering and science grows, the ethical questions that we face are exponentially expanding. Engineers and people everywhere are faced with new moral issues that present themselves as groundbreaking technology becomes available. The question is no longer can you, but should you when it comes to carrying out many activities that would largely go unnoticed. The act of secretly recording others in intimate situations is certainly not new, in fact it occurred to one of the first female submariners aboard USS Wyoming just last year. The main question now becomes how to find those who are perpetrating these illegal acts.

SEE ALSO: This camera helps you know what exactly is lurking behind the corner