A Chinese woman joined her handbag through an X-ray machine to prevent her bag from being stolen.

A woman in China climbed onto an X-ray machine during a security check at a railway station in fears her handbag might otherwise be stolen.

The silhouette of the commuter showed on the X-ray monitors of the staff at Dongguan Railway Station in southern China.

The strange incident took place on Sunday during the travel rush of the Lunar New Year.

After the woman climbed off the conveyor belt, she simply checked her bags and left. The X-ray images showed the woman kneeling on all fours behind her luggage and she was still wearing high-heeled shoes.

It was not clear what the woman was carrying in her bag but it is believed that many people in China carry large amounts of cash when traveling home for the Chinese New Year.

The commuter had earlier placed her suitcase on the conveyor belt before attempting to walk through the security scanner with a small handbag, according to footage from Pear Video.

She was then told all bags had to go through the X-ray machine, but she refused to separate from her handbag.

She then also jumped on the conveyor belt, and she climbed out the other side without harm, with one security guard laughing with surprise.

Rail station staff in Dongguan has since advised passengers not to enter the X-ray machines, local media reported. Radiation given off by the scanners can be harmful.

The woman was among the estimated 390 million people expected to travel by train for the Chinese New Year holiday, which falls on 16 February.

Millions of Chinese return to their hometowns for the Chinese New Year, making it the world’s largest annual human migration.

This year, in an effort to curb pollution, China has banned fireworks in over 440 cities, including Beijing.

This is estimated to have a huge effect on the Lunar New Year celebrations, where fireworks play an integral part in the festivities.

Firecrackers and fireworks traditionally start in the early morning hours for the 15 days of the festival to drive away evil spirits and bring in good luck in the new year.

Liuyang, a city of 1.3 million and the center of China’s fireworks industry, is feeling the effects of the ban. Business has been slow, and customers are scarce in the normally busy storefronts.

Some store owners have complained of a 30 percent drop in sales from last year. The Chinese New Year is based around a lunar year, which looks at 12 lunar months. 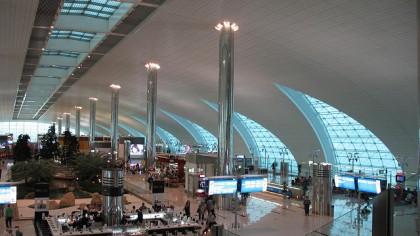 A lunar month is a full cycle of the moon, taking it from one full moon to the next. A lunar month normally lasts around 29 to 30 days, which means a pure lunar year is about 354 days long, making it 11 days shorter than a solar year.

For this reason, the Chinese New Year has been slightly adapted, so it’s actually a “lunisolar” year and takes both into account.

Each month starts on a new full moon. An extra month is added every three years to make up for the time lost against a solar year and to help the seasons stay in the correct place.

Here's How to Make 'Tommy' Machine Gun Out of Cardboard

How to Turn an Old Washing Machine into a Ceiling Fan