Fidget spinners have become a global phenomenon. Young kids struggling with attention disorders swear by them. Other students just love to watch them spin for a distraction. These gadgets have even become the bane of most teachers. They range in price from a few dollars to hundreds depending on its design. With their worldwide ubiquity, it's easy to think "the person who invented this must be loaded by now." 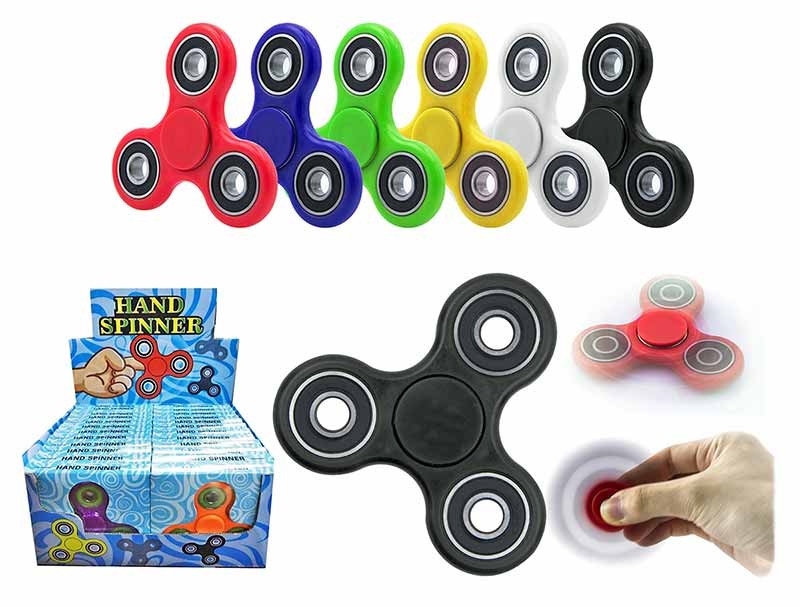 However, Catherine Hettinger is far from wealthy. She envisioned the gadget over 20 years as a simple way to entertain young children. Now, that gadget is so popular that some manufacturers are struggling with meeting demands.

Hettinger resides in Winter Park, Florida -- a suburb of the larger Orlando area -- and struggles. She held a patent on finger spinners for nearly a decade. Hettinger told Time that she wanted to make devices to distract young troublemakers.

Hettinger might join a long list of inventors whose names we don't know but whose inventions we do. These people like Tim Berners-Lee and the hoverboard's Shane Chen failed to cash in on their global creations for one reason or another. Hettinger said she's downsizing from her tiny home in central Florida to a cheaper condo. She's wondering if she could get a disconnected phone line reconnected. She doesn't know if she can afford "a car that truly works." It's a far cry from the American dreams of innovation leading to worthwhile recognition and financial compensation for those brilliant ideas.

“It’s challenging, being an inventor,” she told the Guardian. “Only about 3 percent of inventions make any money. I’ve watched other inventors mortgage their houses and lose a lot. You take roommates, you get help from friends and family. It is hard.”

Hettinger even met with toy giant Hasbro on mass producing the spinners. However, the company sent her a rejection letter when the spinners failed to catch on with consumer testing. Now, Hasbro sells the fidget spinners years after denying Hettinger's original product. She said the circumstances ultimately led to the product's success:

"There’s just a lot of circumstances in modern life when you’re boxed in, you’re cramped in, and we need this kind of thing to de-stress. It’s also fun. That’s the thing about culture, once everybody starts doing it, it’s kind of OK."

Despite everything, Hettinger said she's not bitter about her situation. She's simply excited for the future of her invention.

"Maybe if it was some kind of exploitative product — like a new style of cigarettes — and my only motivation was to make money, I’d have a different attitude," Hettinger said. "But I am just thrilled."

Still not entirely sure what spinners are or how they work? Check out this video from FBE's React series to learn more.

SEE ALSO: Watch the Making of a Fidget Spinner That Can Reach Over 99.999 RPM