Recent research into the extinction event that killed the last of the wooly mammoths shows that they died from the lack of clean drinking water. The study was conducted by the University of Alaska Fairbanks by analyzing soil layers and determining the water content and quality of the time of the extinction. The data coincided with the theory that mammoths died off from lack of resources.

"By analyzing layers of a dated sediment core from a lake on St. Paul Island, researchers determined that mammoths went extinct on the island roughly 5,600 years ago, thousands of years after remnant mainland populations died off. The study also indicated that the Bering Sea island experienced a phase of dry conditions and declining water quality at about the same time the mammoths vanished." ~ UAF 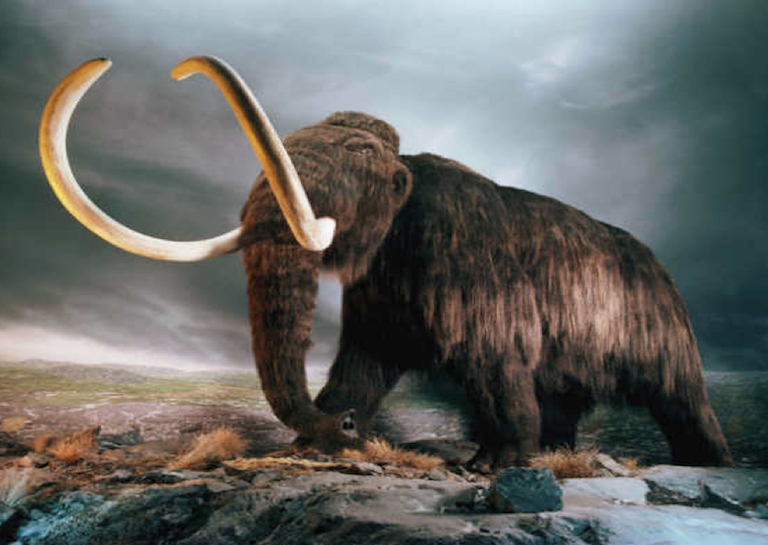 The last of the wooly mammoths would have lived on St. Paul Island just 5,600 years ago, according to Science Alert. By taking different soil samples and dating them to the time before, during, and after the wooly mammoths roamed the islands, the team was able to determine the exact conditions present during extinction. By using Nitrogen Isotope Analysis they saw decreasing lake levels and water quality.

"Nitrogen isotope analyses of dated mammoth bones and teeth also signaled progressively drier conditions leading up to the extinction event. Wooller said these “multiple lines of evidence” of decreasing lake levels provide a strong case for what led to the animals’ extinction." ~ UAF

Many are hoping that this indication from the wooly mammoth's extinction will give greater indications to the dangers of global warming. If temperatures were to rise enough to evaporate more fresh water and heat up the land, drinking water may be a greater problem than we once thought.