Here at Interesting Engineering, our team lives by the ethos of "Work hard and play hard." How does that relaxation typically manifest itself? Video games. Here's our list, in no particular order, of existing or upcoming virtual reality games for tech geeks.

Brace yourself, as some of these are going to blow your mind (and wallet). 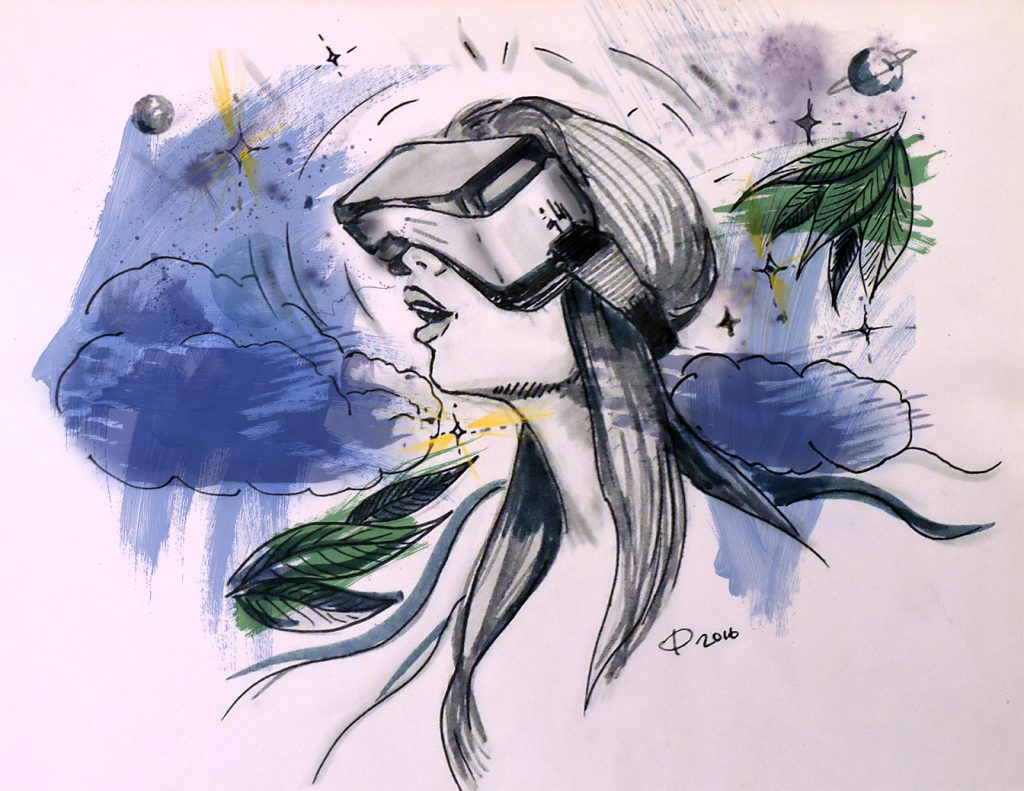 Star Wars games have come along way since the early 90's. There has been a fascinating and at times frustrating evolution of game play from Tie Fighter to Nintendo Wii's Star Wars: The Force Unleashed 2. PlayStation have finally upped the ante by bring Star Wars to the VR age. Yes you heard correctly, Virtual Reality lightsaber and blaster action galore!

If done right this could be the greatest Star Wars experience outside of the cinema for any Star Wars aficionado or anyone else with a passing interest in this sci-fi genre.

The game developers are calling Star Wars: Trials on Tatooine a cinematic virtual reality experiment - yeah an experiment in awesomeness. Give us a lightsaber with VR, and we'll be extremely content.

It is also rumored that Star Wars Battlefront will also have a version coming out exclusive to PlayStation VR.

We've cheated a bit here, this is actually a mod rather than a commercially available game. The original game took the market by storm in 2015 with it's wonderfully immersive and frankly terrifying gameplay. Thought that was bad? Try it with the fully immersive experience of Oculus Rift. Avoiding a xenomorph just got a lot more horrifying.

Warning: this game will likely scare the bejesus out of you.

The long-promised Virtual Reality Gaming Oculus support wasn't released with the game, but it does exist in the game's code and has been reimplemented by modders.

Bit of a wild card here. Originally a game developed in 2008, then re-purposed for mobile, it's now an interesting break from some of the other more violent virtual reality games.

You are tasked with solving puzzles by building, well, fantastic contraptions.  It's simple to build yet difficult to get your creations moving right, which all makes for a really good time. A perfect challenge for any self-professed tech geek or engineering mind.

Set in a future where Earth has nearly run out of water this has you whizzing around on shoddily made hover barges, naturally. All the while taking pot shots at opponents  and avoiding crashing. Hover Junkers started revving our VR engines when its first gameplay videos surfaced a couple of years ago.

The sheer freedom of movement makes the game very different to non-VR shooters - you can troll people by flipping the bird and even shoot yourself in the head, should you wish. Sounds like a riot!

If you are anything like me, I have really missed having a decent space flight simulator over the last decade or so. What happened to this genre? There is light at the end of the tunnel.

Built from the ground up for Virtual Reality, EVE: Valkyrie will be available on a variety of VR headsets, including Oculus Rift, PlayStation VR and HTC Vive.

We have been promised a variety of different ship classes (fighter, heavy, and support), giving you options for how you want to traverse the final frontier in the next generation of games.

Ever wanted to fly like a bird? Now you can, Ubisoft’s Virtual Reality debut, Eagle Flight, gives players the chance to take to the skies and explore Paris like never before.

"50 years after humanity has died out. Even better, pair up with a few buddies and you can engage in dog, err, bird fights in one of two multiplayer modes." - Ubisoft

This is now available for Oculus Rift, HTC Vive and PlayStation VR.

Do you have ambitions of being an astronaut? Perhaps you've simply fed up with an Earth-bound lifestyle. This game might be the perfect synergy of Virtual Reality gaming, stunning visuals and sleep inducing (in a good way) soundtrack.

The game concept is pretty simple. In a first-person view, you'll be tasked with navigating a zero gravity setting with an oxygen limit that's realistic enough to keep you from taking off and exploring too far. You'll need to survive on as little oxygen as possible without letting your character die. You'll also be tasked with completing a series of puzzles throughout five different areas all while listening to a soundtrack that was composed by developer Adam Orth and the band Weezer.

The world's most popular block-'em-up has finally arrived for Virtual Reality Gaming.

Minecraft Windows 10 Edition is now out on the Oculus Rift. You wont be forced to splash out on Oculus rift gear as it's also available on the Samsung Gear VR, with all of the Oculus version's features in tow.

Whether you love Minecraft or hate it this is bound to set hardcore fans into a spin, perhaps literally.

Due for release in 2017, Star Trek: Bridge Crew will put you and your friends at the helm of the iconic federation starships. Here every action you make as as team will determine the fate of the ship and her crew - no pressure.

Developed specifically for virtual reality gaming, Star Trek: Bridge Crew is billed to be the the only game to offer a true-to-life immersive Star Trek experience.

Pollen has been built with VR in mind and the visuals look stunning. It's a game in which you explore Titan – Saturn's largest moon. We're sure it's not a big spoiler to say that things are likely to not go to plan...

The game takes place on a research base called Station M. The base is located on an alternate historical timeline and also on Saturn's largest moon, Titan. Gameplay focuses on semi-linear first person exploration. This lets the players discover the story themselves via puzzles and object interaction rather than a hyper-structured plot.

So there you go...  Our list of ten virtual reality games that should either excite or intrigue and tech geek. Of course there are many more titles on the market and this list is far from exhaustive.

Have we missed any big ones? Type your comments or suggestions below and let's start a conversation.