If you are a fan of The Simpsons you may remember the episode where Homer Simpson is inspired by Thomas Edison to become an inventor. One of the things he tries to build is an electric hammer. Now, Simpson’s fan and laser weapon enthusiast Patrick Priebe has put his skills to use and made a working version of the Homer Simpson electric hammer. 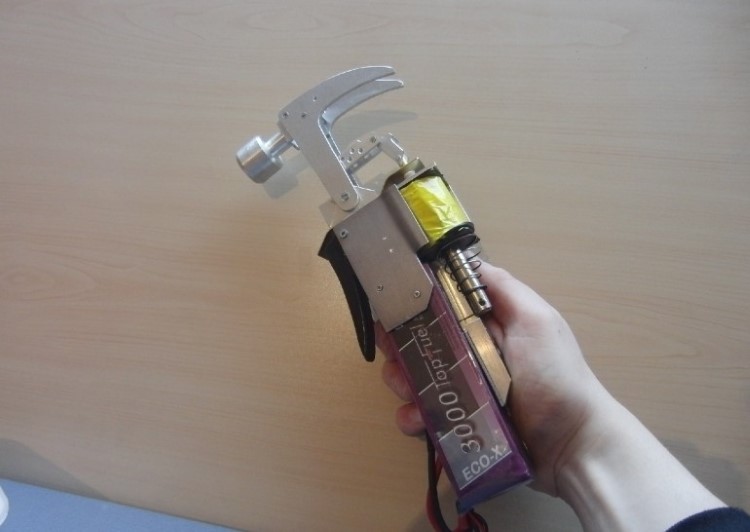 Priebe, who in the past has been famous on the internet for making all types of working laser gadgets, built the electric hammer from scratch using aluminium and an 18.5 volt 3,000mAh battery. The hammer works by pressing the wooden trigger which in turn activates the electromagnetic coil and this draws in the cylindrical steel core.

The core has been fastened to a fiberglass rod and this shoots up when the core goes through the coil. Thanks to a linkage, the rod thrusts the hinged head of the hammer forward and down in an arc. When the user lets go of the trigger a spring pulls the core back down and the process can be repeated. 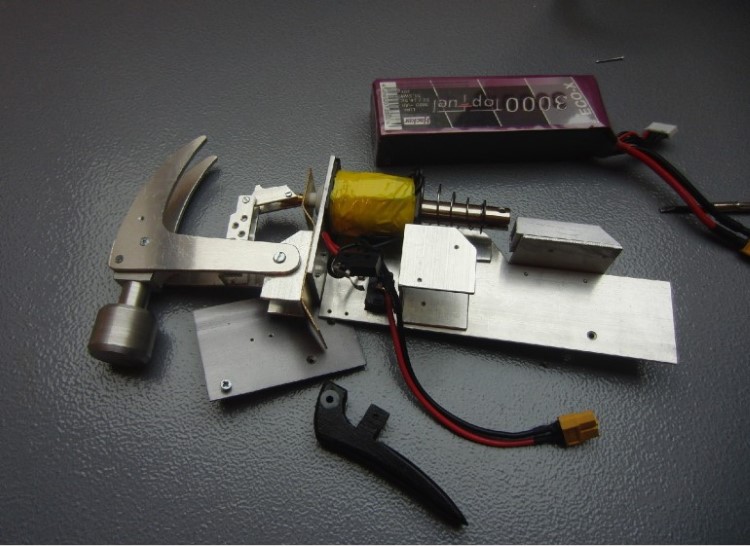 The whole process means that when trying to knock a nail into a wall the person with the hammer doesn't have to keep drawing back their arm for each tap of the hammer on the nail. Of course, it would need a great deal more powerful if it was to be effective on any nails larger than small finishing ones, as the head of the hammer travels just a short distance. But in theory, Homer Simpson was correct as it is possible to make an electric hammer that works, albeit not from the likes of Homer.

The video below shows some of the manufacturing process and Priebe discusses material choices along with how it works. Unfortunately though it doesn't have the repetitive motion as seen in Homer's hammer and it requires one squeeze of the trigger for every strike.