The organization has hired the Commonwealth Bank of Australia as the sole arranger of the bond expected to raise as much as US $73 million.

The World Bank Treasury revealed on Thursday plans to create the world's first ever global blockchain bond. To succeed in this historic endeavour, the organization mandated the services of the Commonwealth Bank of Australia (CBA).

Today we make history by creating the first global blockchain bond. The World Bank has mandated the Commonwealth Bank of Australia as the sole arranger for bond-i, the first global bond to use distributed ledger technology.

A blockchain bond for raising money

CBA will operate as the sole arranger of the groundbreaking transaction developed with the support of investor consultants that included Northern Trust, QBE and Treasury Corporation of Victoria. The bond will be used to help the World Bank raise as much as US $73 million for its development goals.

Yesterday @treasury_wb made history by creating the first global #blockchain bond. The @WorldBank has mandated @CommBank as the sole arranger for bond-i, the first global bond to use distributed ledger technology. Learn more about bond-i here: https://t.co/LyO6pHh9Rt pic.twitter.com/bEM5q0m67i

“Helping countries transition to technology-led development is key to our goals of reducing poverty and promoting lasting development. This is at the heart of the World Bank’s Innovation Lab—and this pioneering bond is a milestone in our efforts to learn how we can advise our client countries on the opportunities and risk that disruptive technologies offer as we strive to achieve the Sustainable Development Goals," explained in a statement World Bank Group Chief Information Officer Denis Robitaille. 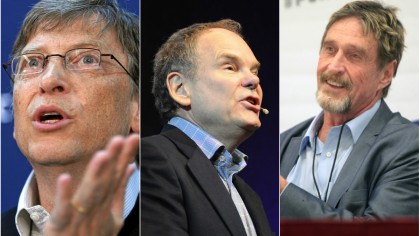 “We know blockchain has the potential to revolutionize financial services and markets, and this transaction is a significant step towards that future state. By working collaboratively with the World Bank, we were able to find solutions to technical and legal considerations to make this ground-breaking transaction a reality," said Head of Blockchain, Innovation Labs, CBA Sophie Gilder.

Once launched, bond-i's blockchain platform will be operated by the World Bank in Washington and CBA in Sydney. The architecture and resilience of CBA's system were reviewed by tech giant Microsoft who will also run the Washington infrastructure on its Azure cloud computing platform.

Meanwhile, in a statement released by CBA, the financial institution said that, for the time being, private Ethereum blockchain would be used for the project.

"Ethereum currently has the largest and most active development community globally, and offers the functionality we require. However other blockchains are developing rapidly and CBA remains open to other options in the future," read the Australian bank's release.