The United States Government is facing heavy scrutiny following President Donald Trump's announcement that the US will be exiting the Paris Climate Agreement. Experts warn the decision could severely derail ongoing and future plans to reduce global warming.

The Paris Climate Agreement was the first of its kind; An unprecedented movement all countries around the globe are taking part in to tackle the world's greatest issue - Global warming. Now America is one of the few countries to no longer be involved in the accord. The Paris Agreement will continue without the United States, however, many global leaders are furious with the radical decision. 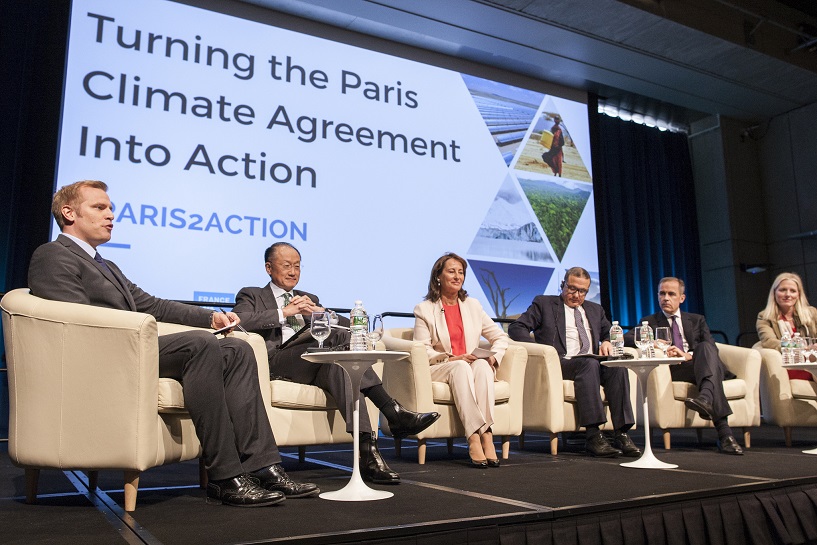 The Paris Agreement is the world's first universal legal binding global climate agreement. The goal of the agreement is a universal focus - to reduce global warming. The agreement will help countries adapt to the changes that have already occurred and will also help guide towards a more sustainable future. It also ensures countries are held accountable for the severe damage inflicted by their economies.

All but three of the 197 countries in the UN group on climate change have signed the agreement. Syria, Nicaragua, and now the United States are all abstaining from further action.

The countries that remain in the accord agreed to

What global leaders are saying

In the last 24-hours, many global leaders have voiced their concerns that Trump's actions are 'reckless and indefensible'. They include past president Barrack Obama,  Former Energy Secretary Ernest Moniz, Mayor of Paris Anne Hidalgo, CEO of Tesla and SpaceX, Elon Musk, and many others. Though a few American politicians support the decision, the majority of foreign and past leaders have voiced strong opinions condemning the actions of Donald Trump.

With the resignation of Elon Musk from the White House advisory council, chairman and CEO of Walk Disney has also made the decision to resign based on 'principle'.

As a matter of principle, I've resigned from the President's Council over the #ParisAgreement withdrawal.

However, many more joined the ranks to call out the United States for their actions including the former Energy Secretary Ernest Moniz and German politician and the chairman of the Social Democratic Party of Germany (SPD) Martin Schulz.

.@realdonaldtrump's withdrawal from #ParisAccord is an abdication of American leadership. Rejection of both science & economic opportunity.

You can withdraw from a climate agreement but not from climate change, Mr. Trump. Reality isn't just another statesman you shove away.

Removing the United States from the Paris Agreement is a reckless and indefensible action. It undermines America’s standing in the world and threatens to damage humanity’s ability to solve the climate crisis in time. But make no mistake: if President Trump won’t lead, the American people will.

We are deeply disappointed that the United States federal government has decided to withdraw from the Paris Agreement. Canada is unwavering in our commitment to fight climate change and support clean economic growth.

President Trump is breaking a promise to the world to combat climate change in order to keep an empty campaign promise to the coal industry. Withdrawal from the climate agreement is a betrayal of scientific fact, economic opportunity, and moral leadership. Turning our back on this agreement will be a disaster for America – for our businesses, for our health, and for our national security.

The Trump administration has just committed assault and battery on the future of the American people. There can be no excuse for this willful crime, but the rest of us must resolve to continue the fight for a wiser and more just course of action.

On Thursday, May 1st, President Donald Trump announced the United States was officially withdrawing from the Paris Climate Agreement. The decision came as a previous promise Trump made during his campaign. Trump says he will renegotiate the terms claiming agreement is unfair to the United States.

"I don't want anything to get in our way," Trump said. "The US will withdraw from the Paris climate accord, but begin negotiations to reenter either the Paris accord or a really entirely new transaction with terms that are fair to the United States."

"We're getting out, we'll start to negotiate, and we will see if we can make a deal that's fair," he continued. "If we can, that's great. If we can't, that's fine."

The international order required the United States to pay $3-Billion to poorer countries in order to improve pollution control. The Obama administration has already paid $1-Billion for the cause, however, Trump vows to cancel any further transaction.

Although few Americans support the exit, the motion could impact other countries. Without the U.S. in the deal, other countries will have to pay substantially more to compensate for America's absence. The higher expense could prompt other countries to leave as well.

For now, the Paris Climate Agreement will continue without the United States's assistance. Many other countries have sworn to stay in the agreement, including China and India.

Sea level rise, record-breaking temperatures, and carbon dioxide levels are at the highest levels that have ever been recorded in history. The oceans are acidifying killing off nearly half of the great barrier reef. Animals continue to show up dead in their thousands. Species are going extinct every day.

Humans are being affected as well. Each year, millions of people succumb to the ill effects of pollution. The planet must coexist at a sustainable level. However, human interactions are causing drastic increases in carbon dioxide levels, throwing the world off balance. Carbon dioxide dissolves into the oceans, making them acidic. pH sensitive creatures cannot withstand the changes, forcing them to move elsewhere or face extinction.

The compound is also 20-times more effective at absorbing heat than oxygen. The higher the concentrations of carbon dioxide, the more heat is readily absorbed from the Sun. The result is an increase of temperature. A rise of just 2-degrees in the ocean's temperature and the world could be put into a catastrophic meltdown.

The planet is changing rapidly. Universal orders like the Paris Climate Agreement ensure humans resort back to more sustainable means of life. However, with leaders like Trump who neglect the abundance of evidence that global warming is real, the world may have to endure substantially more damage.