A wind turbine unveiled in Denmark is setting the bar high for wind energy. MHI Vestas Offshore Wind group debuted its V164, an 8-megawatt turbine that can hit 9 MW under specific conditions. It generated almost 216,000 kWh in just 24 hours during its testing phase. That's enough power to sustain roughly 7,200 US homes for an entire day, or one American home for nearly 20 years.

The massive level of output parallels the turbine's monstrous size. Each blade on the machine weighs 35 tonnes. At 21,124 square meters, its blades cover more space than the spokes and cars of the London Eye. The turbine comes to an impressive 220 meters (722 feet) tall, making it taller than most high-rise buildings and skyscrapers found in New York City.

"We are committed to delivering turbine technology that is in line with the development of our industry, based on our 20+ years of offshore experience. Reliability remains a key enabler, and our approach to developing our existing platform supports this strategy," said Torben Hvid Larsen, CTO, in a press release.

"Our prototype at Østerild sets yet another record for power production, producing 216,000 kWh over a 24 hour period."

The next step for this team of engineers is connecting this behemoth to an energy grid. Successful testing and impressive results mean the V164 is ready for global markets.

"We are confident that the 9 MW machine has now proven that it is ready for the market, and we believe that our wind turbine will play an integral part in enabling the offshore industry to continue to drive down the cost of energy," said Hvid Larsen.

The MHI Vestas company launched in 2014, and in less than a decade, the group crafted some of the most impressive projects with wind turbines in Europe. The company said overall that it will reduce operations costs and maintenance costs overall. Larger turbines mean more energy generated, and that means fewer turbines needed to produce energy for customers. 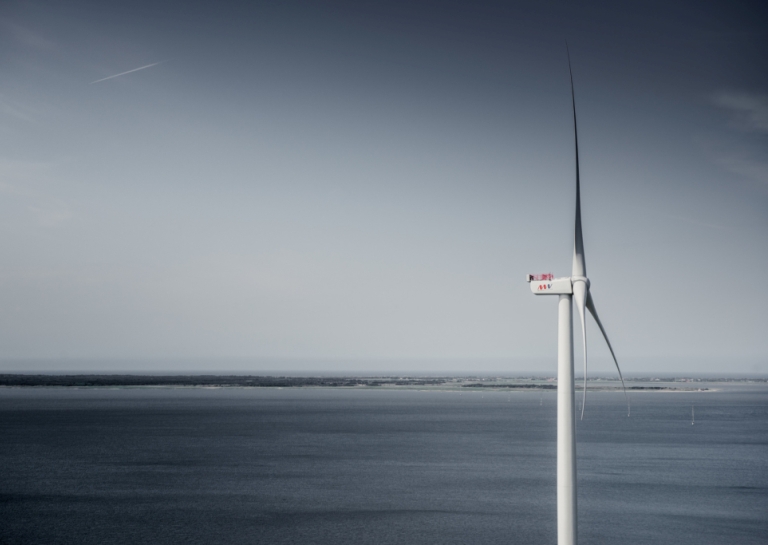 With all wind turbines, there are still roadblocks and those that question the energy. A common misconception is that these turbines 'slaughter millions of birds' each year. Globally, only 300,000 birds die due to wind turbines. That's very little when juxtaposed to the 6.4 million that die each year from collisions with cell phone towers and power lines.

But a better question is will the turbine be able to pay for itself in a respectable amount of time? At the current rate of 3 cents per kWh and 216,000 kWh produced in a day, the V168 can generate $6,500 USD daily. That totals up to roughly $2.4 million in energy generation in the course of a year, assuming high efficiency on the end of the turbine.

Will this turbine (like other impressive ones before it) live up to its extremely high expectations? Will the rest of the world finally look to these gargantuan feats of engineering as a viable resource to wean the globe away from fossil fuels? Only time will tell.

For more about how wind turbines work, check out this video from Learn Engineering below:

SEE ALSO: This Video Gives You an Incredible Virtual Tour of a Wind Turbine