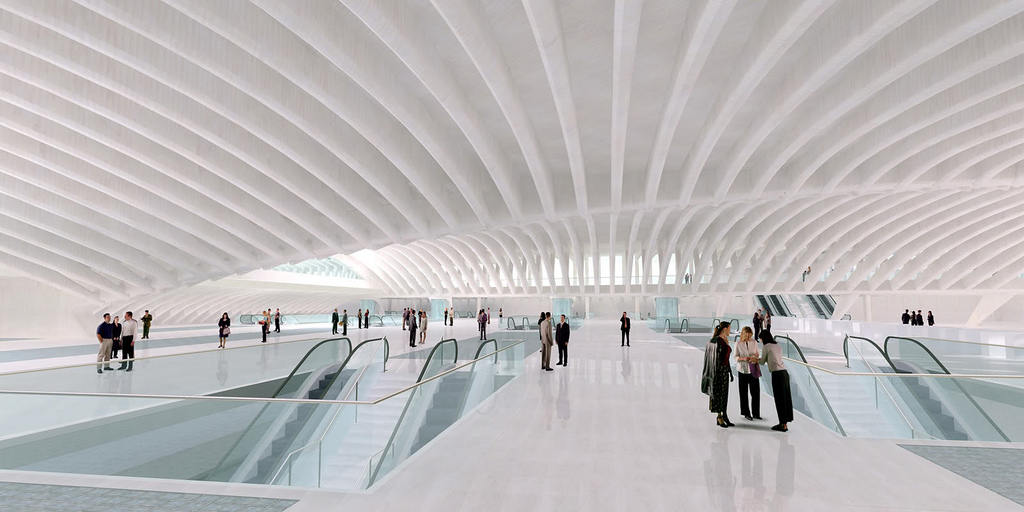 When the World Trade Centers were brought down in 2001, the subsequent rubble also destroyed the subway system underground. In a show of solidarity, New York has funded the most expensive train station ever constructed, coming in at a cost of US$4 Billion. Designed by world-renowned architect Santiago Calatrava the massive hallway structure is meant to resemble two hands releasing a dove. The transportation hub is an architectural masterpiece, but it has skyrocketed past its initial budget of US2.5 billion, which is still a large sum of money. To gain some further understanding of this structure, take a look at the 360˚ video from inside below. Just click and drag to see different sections of the building.

Architect Santiago Calatrava, while famous for his extravagant designs, is also well known for delivering final projects over budget and after deadlines, according to Gizmodo. The structure was completed with a facade of white marble, and some are calling it the most expensive hallway in the world. Spanning over 600 feet long, the main corridor drones on with endless beauty, but at what cost? 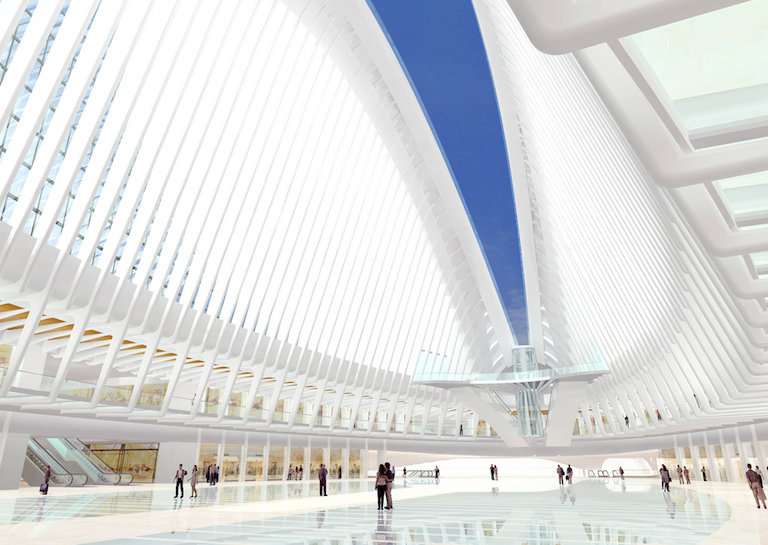 This structure also included a new tunnel under West Street at a reported cost of US$225 million. Of course, since this project was government funded, all of the money has come from taxpayers to fund this exorbitant building. By far, this is the most expensive train station ever built, and many aren't very happy that they funded it with their hard earned cash.

The structures built in the wake of the World Trade Center attacks are meant more as works of engineering and architecture that demonstrate the American sentiment. In other words, building the most extravagant of structures is meant to unify a nation with many still left with a bad taste in their mouths from attacks nearly 15 years ago.

All in all, this structure has gone way over budget, yet officials are left with no choice but to continue completing it. Upon final completion, the train station will likely be ranked within some of the world's biggest engineering wonders, many of which also flew past initial budget estimates as well.