The inventor of the World Wide Web has thrown his support behind net neutrality. Tim Berners-Lee wrote in a tweet on Wednesday that he created the network as "an open, permissionless space" made for everyone, not just people who can afford to pay to use it.

I invented the web as an open, permissionless space #foreveryone. The FCC’s repeal of #NetNeutrality threatens to take that away. Tell the Senate they must protect net neutrality to keep the web open: https://t.co/B73BzfwMi0#RedAlert cc @lisamurkowski@SenJohnKennedy@JeffFlake

Democratic lawmakers are pushing senators to look at new legislation that would put the Federal Communications Commission's decision to end net neutrality under review. Berners-Lee has long been a supporter for internet accessibility.

In 2008, he founded the World Wide Web Foundation, an organization that believes access to the Internet should be seen as a basic right and a global public good. Net neutrality is a law that stops internet service providers from preferencing content providers.

A law to remove net neutrality was passed by the Federal Communications Commission last year. But the issue has resurfaced because Democratic lawmakers, Chuck Schumer of New York and Edward J. Markey of Massachusetts have announced plans to force a vote on the issue under the Congressional Review Act.

It's official – today we're filing the petition to force the Senate to vote on saving #NetNeutrality. We're one step closer to saving the free and open internet.

"We are approaching the most important vote for the internet in the history of the Senate, and we are just #OneMoreVote away from securing victory," Markey said in a Wednesday statement posted to his Facebook page. "Join me and my colleagues in this historic moment and help us kick off a week of action to #SaveTheInternet."

The senator's intended procedural step allows Congress to overrule federal regulations within their first 60 legislative days. The deadline for a congressional review of the law is June 12.

“Congress has the power through the Congressional Review Act to overturn the FCC’s actions,” Markey said during a news conference back in January. “We will spend the coming months building our grassroots support for the CRA.”

Consequences of Net neutrality remain to be seen 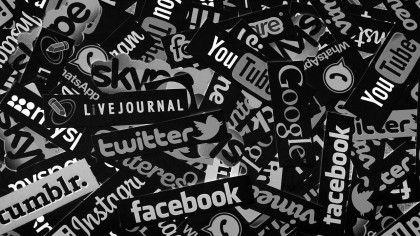 Net neutrality has been a widely talked about issue in many content-driven forums such as Reddit and Tumblr, but many involved in activism on the topic are concerned the average internet user doesn’t fully understand the potential ramifications.

On the other side, FCC chairman Ajit Pai says repealing Obama-era regulations will stimulate the economy. He also claims that internet service providers did not play favorites with content providers prior to the 2015 Open Internet Order.

A Brief History of Computing and the Web: From 17th Century Computers to Today's Digital Empires