Have you ever sat by a pool and wondered what the world's biggest swimming pool is? We'll, we're not currently by a pool. We don't get the luxury of "time off". What are holidays anyway? But yes, we had considered the very same question, hence this article. You might think this is a very simple thing to answer, but as it turns out it may be a "can of worms". You will see why in a little while. The internet is a chaotic and devious beast at the best of times but we've attempted to find out on your behalf. Aren't you lucky?

Without further ado, we'll travel down this rabbit warren together, hold tight.

First off, we'll need to clarify a few things first. Let's start with a definition:-

"of considerable size or extent." - OxfordDictionaries

"of considerable importance or seriousness."  - OxfordDictionaries

Yes, obviously we all knew that, but it's always good to go back to first principles. Clearly the later is rather subjective, so we'll leave that in this article. We wouldn't even know where to begin clarifying that, we'd welcome your suggestions of course. Regarding swimming pools, we can now focus on the physical size of them. We'll limit it to volume and area, shall we?

What about swimming pools? Their definition is pretty cut and dry, sort of.

"An artificial pool for swimming in." - OxfordDictionaries

Great, so anything man-made that can be swum in, right? Does that include lakes or lagoons? Searching for the world's biggest swimming pool shows a mixture of "traditional" indoor or outdoor Olympic plus size pools, but also includes some impressive man-made lagoons. Do they really count? A lot of sources seem to think so.

We'll run with our own "definition" for the purposes of brevity in this short article.

"A man-made enclosure of water (including salty) constructed to be used for water sports activities inclusive of swimming". OK, you might think we are getting a little off topic here. And our revised definition is far from catchy, but you'll soon see why. It's not such a simple question, but we needed to "thin the field" somewhat before we began.

With that done and dusted, ok not really, let's get stuck in. 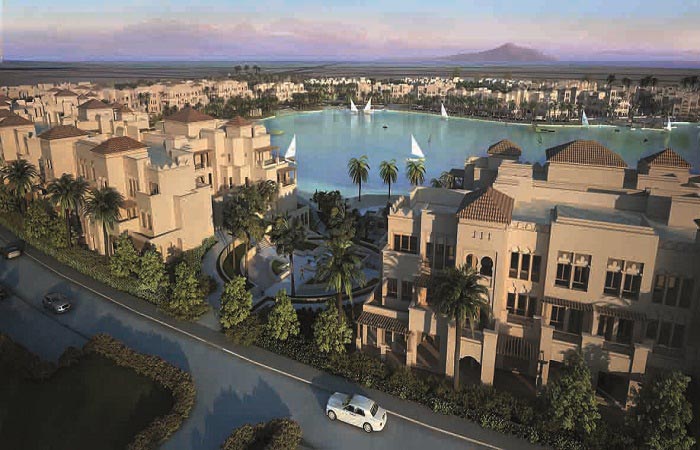 With a massive volume of 66 million US gallons (just under 250 million liters), the world's biggest swimming pool (by volume) is often claimed to be found in the San Alfonso Del Mar Resort in Chile. According to their own website they "held" the Guinness World Record as the world's largest man-made crystal clear lagoon. That clears things up a bit. Since they, and Guinness, consider it a lagoon rather than a swimming pool, per se. We did search Guinness's records but couldn't find this record title. Perhaps it has since been rescinded?

Since it is man-made and can be swum in we'll consider it a swimming pool for all intents and purposes here. Though officially it isn't because this record doesn't seem to officially exist. You can. if you wish, suggest it as a record to Guinness, but it'll cost ya a whopping $5 plus VAT.

Semantics aside this is an impressive structure. The "pool" opened in December of 2006 and took nearly 5 years to complete. It is said to have cost a total of $2 Million to complete. It used computer-controlled suction and filtration to suck water from the ocean to maintain the pool volume. The sun heats the water body to around 26 degrees centigrade. That's a huge 9 degrees greater than the source. The entire structure is, frankly, very idyllic. It even has a glass pyramid on a jetty. The pool is so large it is used for mixed water leisure activities from boating to kayaking to of course swimming. Lovely.

The current record holder for the largest man-made lagoon (or is it a swimming pool? We don't even know anymore) is the Citystars Sharm El Sheikh in Egypt. This unofficial record holder for the world's biggest swimming pool (by area) is certainly big. With a whopping area of 9.68 ha (23.83 acres or 96800 m2), it is an example of a sea water "pool". Whether you consider this a swimming pool or not is rather in "the eye of the beholder". Since it can be swum in with ease and is clearly built for recreation, we will consider it to the be the world's biggest swimming pool. This seawater "pool" was inaugurated on the 23rd November 2012.

The beach alone consumed 7000 cubic meters of sand to create. Interestingly if this were to challenge the official holder for "Largest swimming pool", it would win hands down. This structure includes hotels, golf courses, educational facilities and private residences. Nice. It is due to open sometime this year, fingers crossed.

The official record for the world's biggest swimming pool, well largest by area, is held by the Orthlieb Pool in Casablanca, Morocco. This beast measures in at 480 meters long by 75 meters wide and has a total area of 3.6 hectares (8.9 acres or 36000 m2). What is very interesting is that it is very unclear if it actually still exists. Guinness still have it certified as the largest swimming pool by area but there doesn't appear to be an official page for it. I know, strange. You can't easily find images or videos about it. We would be very interested to hear if any of you have seen it. We'll let you form your own "conspiracy theories" on this.

So what is the world's biggest swimming pool?

Well, you may or may not agree with our classification of pools but for the official records, if it's good enough for Guinness, it's good enough for us. We told you this was a bit of a rabbit warren, didn't we? As always, welcome your comments below, and of course suggestions.