There is great news for medical professionals relying on the use of X-ray pictures! A new bioimaging technique using a sensor chip developed by the European Organization for Nuclear Research CERN has resulted in the creation of a scanner that can produce 3D color X-rays of the human body.

These new impressive, yet freaky images, have the ability to clearly showcase the details of a patient's bones, lipids and soft tissue as well as other elements such as disease markers. The X-rays have the potential to allow doctors in the future to detect health conditions along with bone damage.

A new form of X-ray scanning

The bioscanner is the work of New-Zealand company Mars Bioimaging. The firm made use of a CERN technology called Medipix3 to engineer a new high-performance form of X-ray scanning.

The project took 20 years to complete and was led by the company's founders and current chief officers Phil and Anthony Butler from the Canterbury and Otago Universities. Their scanner is "the first commercially available 3D spectral (multi-energy) scanner to produce in vivo images with anatomic and molecular quantification." 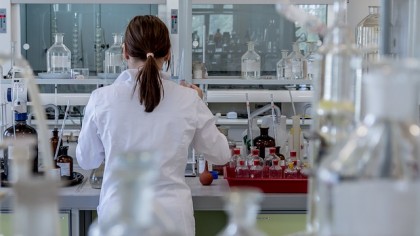 The system relies on CERN's Medipix technology, considered to be the most advanced chip today capable of detecting each individual particle hitting a pixel. “This technology sets the machine apart diagnostically because its small pixels and accurate energy resolution mean that this new imaging tool is able to get images that no other imaging tool can achieve," explained Phil Butler in the CERN statement.

The machine works by combining spectroscopic information acquired by the Medipix3 enabled detector with algorithms set to generate 3D color images. The detector identifies the different energy levels of each element in the human body and the machine translates that information visually into different colors.

The machine can detect and illustrate elements such as fat, water, calcium, and even, more importantly, disease markers. The potential applications in medical imaging are, therefore, significant.

The researchers have already experimented with using the scanner in the study of ailments such as cancer, bone, joint health, and vascular diseases. “In all of these studies, promising early results suggest that when spectral imaging is routinely used in clinics it will enable more accurate diagnosis and personalisation of treatment,” said Anthony Butler.

Now, the team will extend their study to orthopedic and rheumatology patients enrolled in a clinical trial in New Zealand. The project will mark the world's first use of the scanner in such a trial.

The project was made possible due a license agreement provided by CERN's Knowledge Transfer group. “It is always satisfying to see our work leveraging benefits for patients around the world," said Aurélie Pezous, CERN Knowledge Transfer Officer.