If you thought that 3D printing with the desktop 3D printers on the market was just for useful for making trinkets that you cannot do much with, you may want to think again. Someone has built the world’s first 3D printed kayak and yes it floats. 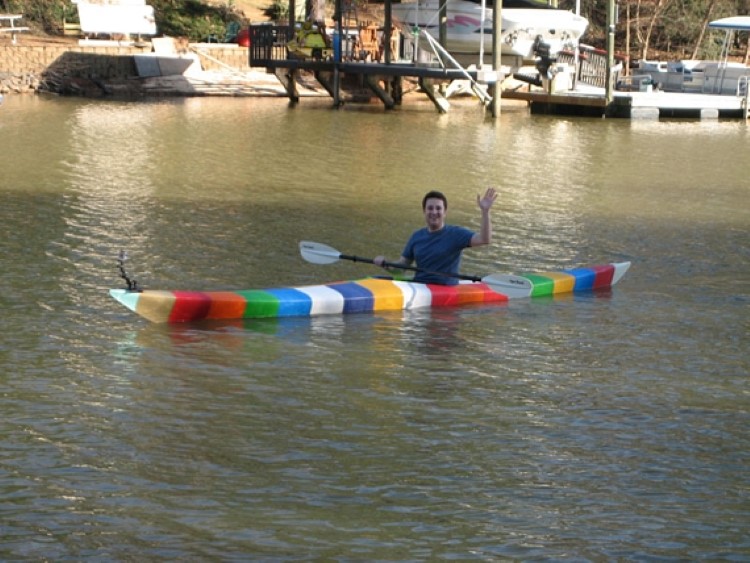 This isn’t a toy kayak that you can place in the bath tub. This is the real deal, a paddle boat that is fully functional which can be taken out onto a body of water with a person sat inside. The 3D printed kayak comes complete with mounting points to put a camera on along with add-ons on the stern and bow and is a very elaborate 3D printed project.

Of course it would be impossible to print out an entire full sized kayak that would hold a person, in just one run. The world’s first 3D printed kayak is actually made up of 28 parts, with each of the parts sized to make sure that it fitted inside the desktop 3D printer build platform. The modules are made of ABS plastic and feature brass threaded thermoplastic inserts so that they could be screwed and then bolted together. The hull of the 3D printed kayak makes use of panels that are 6mm in thickness and are complete with a rib structure built in on the inside so that it gives it strength. At the same time the weight and amount of materials that were used have been kept down to the minimum. When the kayak is fully assembled it measures 16.33 x 1.33 feet in total with a weight of 64.58 pounds. 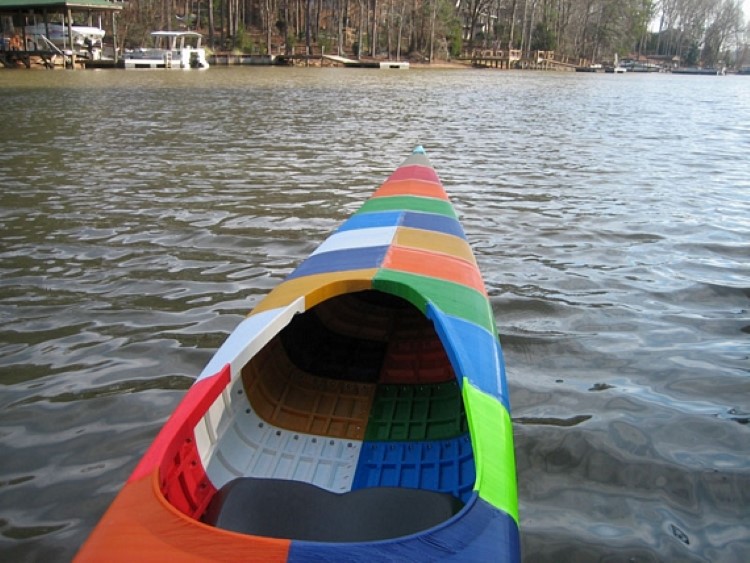 So how long do you think that it would take to print out a 3D kayak capable of holding a person? It seems quite a long time as the person who built the kayak says that the time it took to print it came in at 1,012.65 hours, in other words over 42 days in total.

The 3D printed kayak comes in at 16 feet 8 inches in length and 1ft 8 inches in width, with the combined weight being 64.58lbs. The weight is made up of the 3D printed ABS plastic parts having a total weight of 58.15lbs, the screws weighing 4.54lbs and the brass threaded inserts used on the kayak being 1.89lbs in weight. The guy who designed and printed the kayak said that it cost around $500 to make and is the founder of Grass Roots Engineering. He started the company in order to be able to share the developments and improvements of large scale 3D printers and began large scale 3D printing of his own design in 2008. At the moment he works as engineer at 3D Systems, a world leading manufacturer of 3D printers.