Flying car concepts have been the human dream for years now. It seems that all global corporations are innovating to be able to achieve the breakthrough first. Google is giving it a shot, or at least Larry Page is. So is Airbus. And Uber. And countless more.

Well, regardless of which way you swing, one thing is for sure--personal aerial vehicles and taxis will become a part of our daily life at some point. And now it's a little-known company that has achieved the feat in true Jetsons style. Munich-based Lilium Aviation announced today that they have completed the first test flight of their all-electric vertical take-off and landing personal jet. 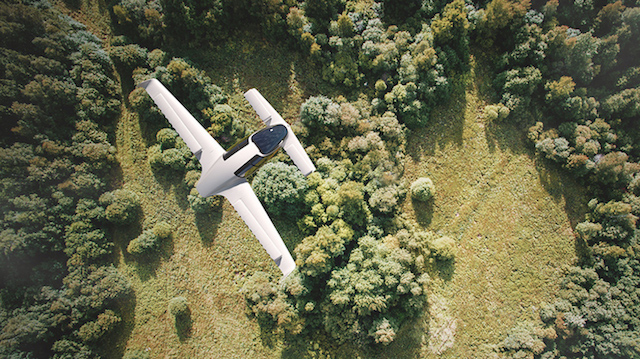 The new tech has a 300 km (186 miles) range, promising a one-hour flight from London to Paris (at 300 km/h or 186 mi/h). Such vehicles are called Vertical Take-Off and Landing (VTOL) aircraft that can take off vertically without a runway. Hence scaling them up to a level where every household has one is not difficult to imagine, at some point in future. 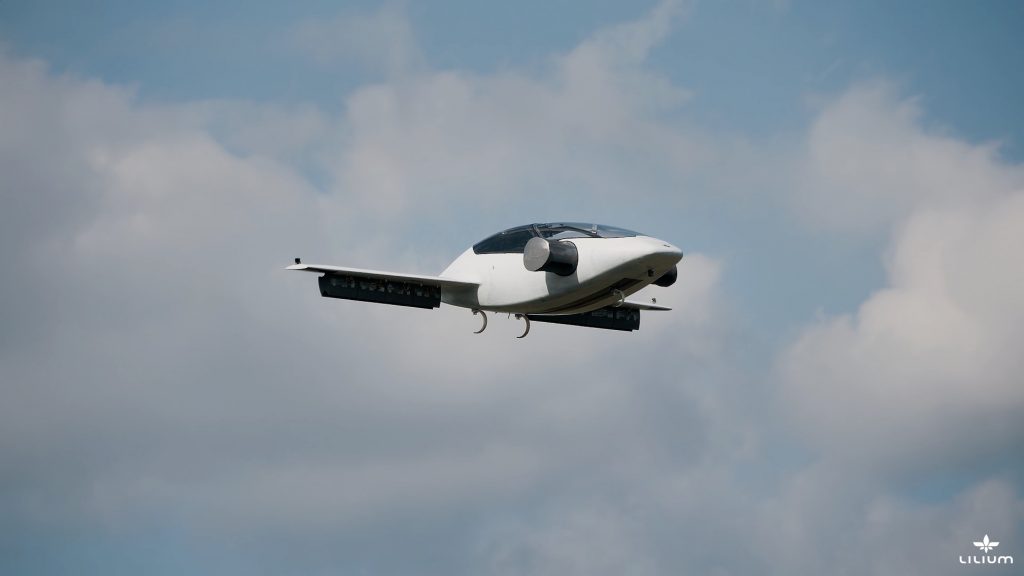 Watch the company's video of the test flight here:

While the prototype that was tested is a two-seater craft, the plan will be to have five-seater versions eventually. This flying car is a lightweight aircraft powered by 36 electric jet engines mounted onto its wings via 12 moveable flaps. 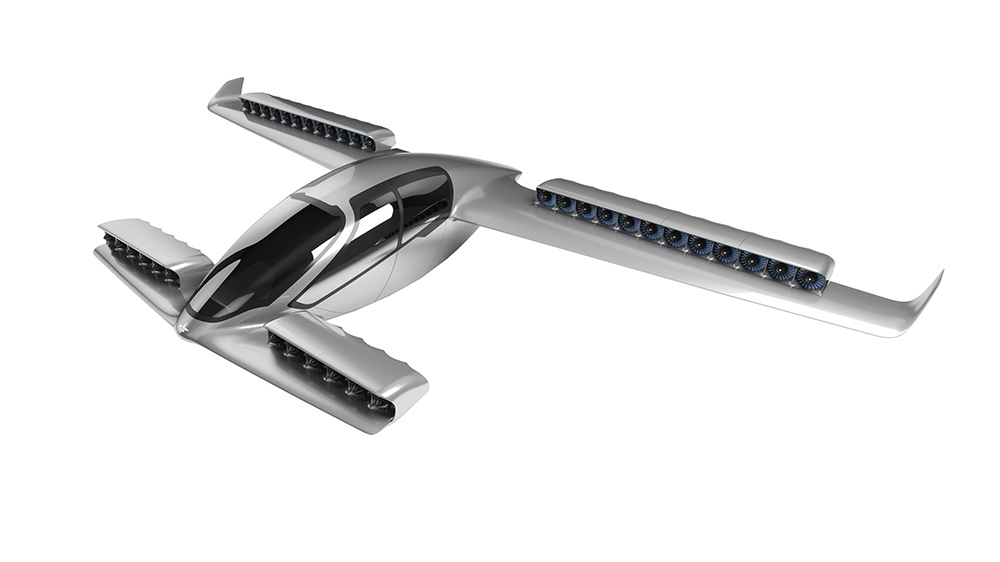 Lilium also claims that this jet is the only electric aircraft capable of both VTOL and jet-powered flight, using its wings for lift, similar to a conventional airplane. This helps the craft consume around 90% less energy than drone-style aircraft, which is critical toward its range and speed abilities. In flight, the Jet’s power consumption per km will be comparable to an electric car. In fact, it is also powered by a battery similar to what Tesla cars have. 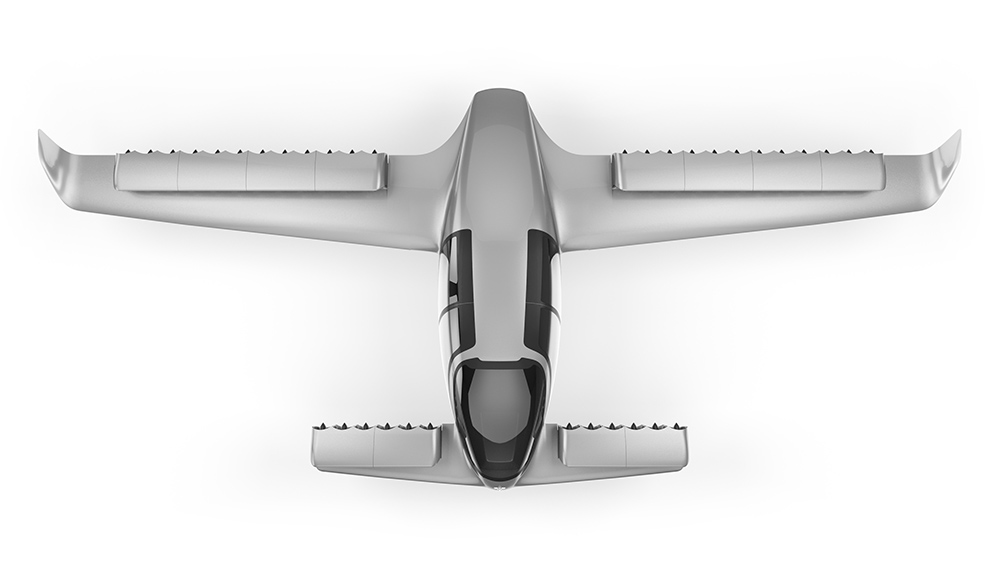 Lilium uses the principle of "ultra redundancy" to make the Jet a very safe vehicle. They intend for it to be foolproof. In case of an emergency, regardless of the failing component, the computer informs the pilot to land the plane. VTOL allows for vertical landing, hence even in a contingency, no complex decisions need to be made under time constraints in high pressure situations. Thanks to ultra-redundancy, even the failure of one engine does not compromise the safety of the plane or its passengers. 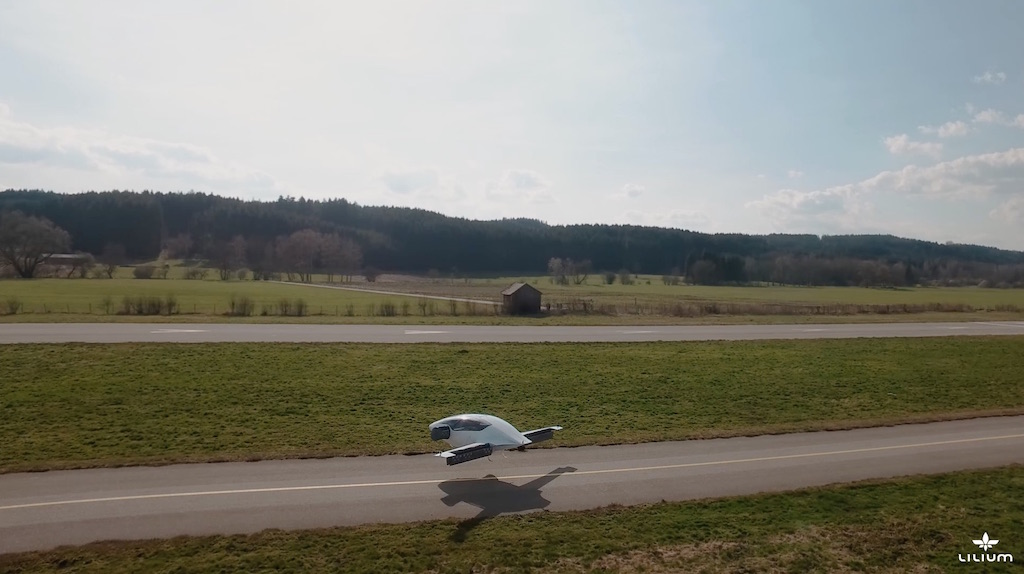 So When Can I Ride in One of These?

Lilium is currently envisaging that these flying cars will form a network of on-demand taxis, but the future will definitely see private ownership of these car-plane hybrids. 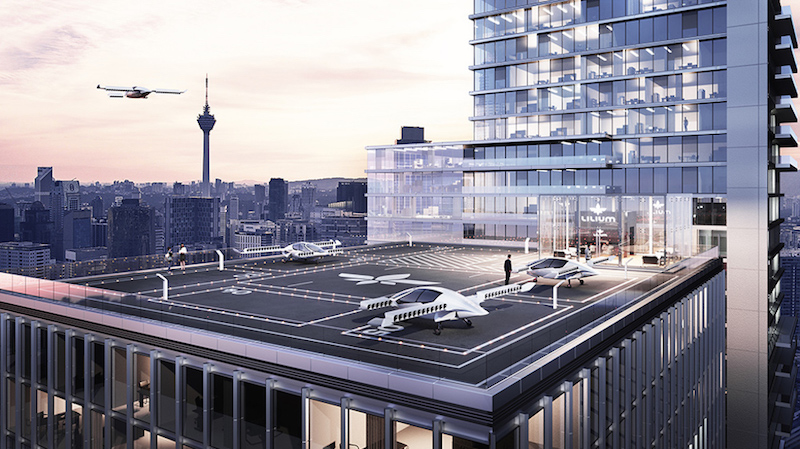 They are working toward bringing the on-demand flying taxi ecosystem to life by 2025, and the first manned flight is planned in 2019.

How Will the Network Work?

VTOL craft which uses quiet electric engines can be easily used in urban settings. A network of landing pads (some of rooftops and some at ground level) will allow commuters to get on and off the flying cars. Users will have to select a landing pad nearby, and they will be welcomed by a jet in a few minutes. 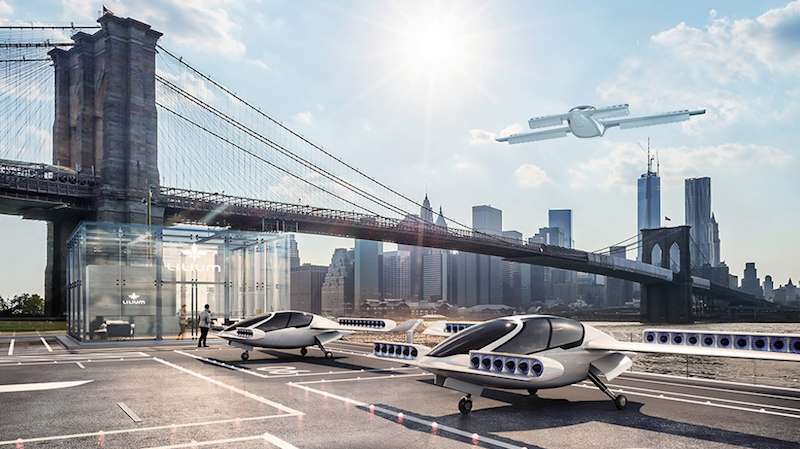 And in Other News on Flying Cars

Interestingly, just yesterday, another startup launched its own version of the VTOL flying car. Slovakia-based AeroMobil unveiled the design of its commercial flying cars. While this one comes with a launch date somewhere in 2020 and a price tag of at least $1 million, it is meant to be both driven as a car, and flown up in the air, making it a literal flying car. On the road, AeroMobil is powered by a hybrid electric system. The generator is the same engine that powers the vehicle in the air; this in turn powers a pair of electric motors located in the front axle.

SEE ALSO: It Is Happening! $400K Flying Car Is Now Available For Pre-Order