Digital Side-View Monitors are nothing short of technological marvels. They offer drivers improved views of the left, right and rear of the car complimented by the advantages that only digital technology could provide.

The system works through the use of small exterior cameras on the front doors that cover the vehicle's surrounding area.

The transmission captured by these cameras is displayed on 5-inch monitors located inside the driver's cabin.

Placed at the base of the front pillars, the monitors are easy to view and easy to reach. The driver is given the option to manually enhance the view of areas around his vehicle to obtain a complete peripheral picture.

The system is further designed to automatically enlarge the display area to provide expanded views of the car's environment during turns or when backing up.

Unlike old-fashioned traditional mirrors, Digital Side-View Monitors are better equipped to handle rain and snow allowing for better views even in poor weather.

These advanced mirrors even provide reliable enhanced visibility at night. Meanwhile, the system's cameras are so small they eliminate the view blocks of previous large side mirrors and reduce wind noise. 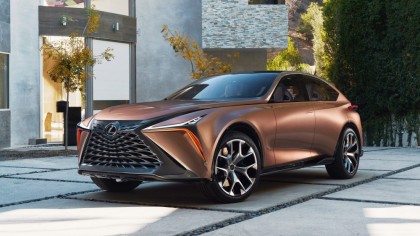 The novel technology is an ideal fit for the latest ES generation, announced last April, which has been touted by the firm as providing a higher level of performance than any of its predecessors. "We knew that this ES had to feel responsive and easy to drive, no matter what kind of road it was on and that can only be achieved with a solid foundation," had said Chief Engineer Yasuhiro Sakakibara regarding the new ES' introduction.

"When it goes on sale later this year, the 2019 Lexus ES will usher in a new era for one of the brand's most popular models. Much like the flagship LS, the new ES sedan aims to engage a broader range of customers. It delivers everything that traditional Lexus buyers expect along with elements that will draw in those who haven't considered the brand before," read the firm's statement at the time.

With these new mirrors, Lexus seems on its way to achieving its goals. Sadly, for now, the Digital Side-View Monitors will only be made available in Japan.