World's first e-spliff being rolled out in the Netherlands

Dutch company E-njoint BV has taken e-cigarettes one step further and are starting to roll out the world's first electronic spliff. The company claims that the e-Joint is completely harmless and contains no dangerous substances like nicotine, tobacco or even THC, the active chemical ingredient in marijuana, however, there is a version that allows users to use their own supply of marijuana. 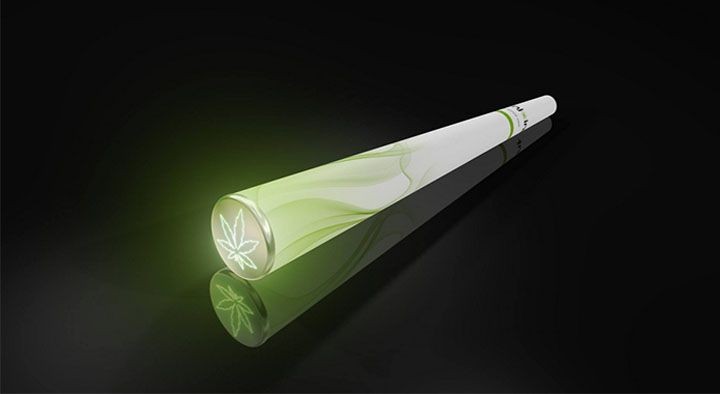 It seems they've also hit a niche in the market as they already claim to be selling 10 000 a day of their disposable version that will set you back $8 a "joint". The disposable version gives the user 500 puffs  and is completely legal as it contains no THC, instead it vaporizes vegetable glycerine, propylene glycol and one of six "biological" flavors like watermelon, passion fruit, green apple, and something called "sweet energy."

Other versions however, can be smoked as high inducing joints if the user has their own stash of hash. The E-njoint Rechargeable is, as you guessed rechargeable, but allows you to smoke cannabis in liquid form. The company are also promising the E-njoint Vaporizer, which will allow users to also smoke normal dry herb straight from the plant. Vaporisation works by heating the cannabis to a temperature that is hot enough for the psychoactive chemicals to be inhaled and effective, however not hot enough for the cannabis to actually burn and release carcinogenics.

Currently the e-spliffs are only available in Holland and France.

"Holland is well known in the world for its tolerant and liberal attitude towards soft drugs," Menno Contant, the CEO of E-Njoint, told Yahoo News. "The introduction of this new product clearly makes a statement."

"As long as you don't bother or disturb other people and stay within the legal boundaries, all is well," he claims, adding "Everyone should feel fine, because what we are doing is no crime."

Research is starting to demonstrate that electronic cigarettes are less harmful than smoking normal cigarettes and it may offer a solution to a much healthier method of nicotine intake, but it is still not known if they are completely harmless. Either way, a safer method to enjoy your hobby can definitely not be a bad thing.