What's the most expensive item you've had to bid for on eBay? Paul Moller's prototype of the 2001 Moller International G90 M400 Skycar can top that. It's being auctioned on eBay right now with a starting bid price of $1 million and a "buy it now" price tag of $5 million. However, it will be more like an artifact for display should anyone happen to win the bid and actually buy it as the FAA hasn't given the Skycar the license to fly. 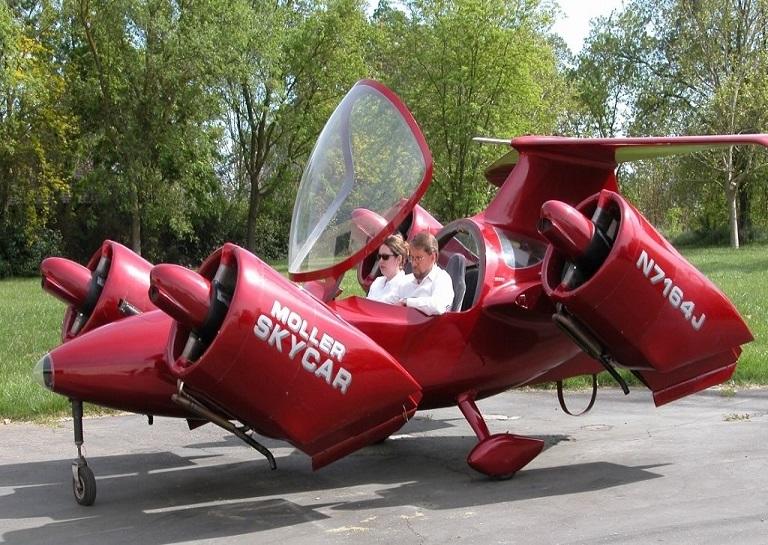 The world's first flying car is now a relic

Paul Moller began developing vehicles capable of vertical take-off and landing (VTOL) in the late 1960s and have unveiled several prototypes. However, all of his prototypes have never proven their flight worthiness as none of them have flown any significant distances. And now, Moller has decided to put one of his prototypes up for auction on eBay. The 2001 M400 Skycar prototype can be directly bought for $5 million. It sounds like a steep price for a prototype that is not permitted to fly but the Skycar has had quite a hefty development investment according to Moller International. "Over the last 30 years, Moller International has spent more than $150 million developing the engine and airframe technology to make this prototype possible". So, interested buyers are actually looking at a bargain price tag.

Despite its no-flight condition, Moller International said on the Skycar's eBay page that the company will support the buyer in obtaining the vehicle's FAA license. By doing so, it will make the Skycar as "the world's first FAA approved VTOL capable flying car".

The M400 Skycar prototype first demonstrated its flight capabilities in 2001 and is claimed to be the first true VTOL flying car. Its 8 Rotapower engines are responsible for the Skycar's vertical take-off and landing features. These engines are claimed to produce 720 horsepower that propels the vehicle up for flight.

At the time of writing, no bids have been submitted for the flying car relic and there are approximately 4 days and 21 hours left to the auction. This is not the first time Moller International has put one of their prototypes to auction via eBay. Back in 2006, the company has offered a modified version of the original M400 Skycar to sale but was not successful in meeting the reserve price.

Selling the M400 Skycar prototype may be Moller International's attempt to hoard in funds for their other flying car designs such as the Neuera 200. It looks more like a UFO spacecraft straight out of a science fiction magazine and Moller himself said that this flying car comes with a $500,000 final assembly cost.

"Many of you have expressed concern regarding our slow progress towards the first tether-free out of ground effect flight of the Neuera 200. This has been primarily due to limited funds. It is estimated that final assembly including participation by a designated FAA inspector could cost up to $500,000".

Should the M400 Skycar be successfully sold, the cash from that purchase will definitely be able to kick things off for the Neuera 200 again.