Powering a bus on a chemical found in ants? Sometimes the truth is weirder than fiction. Students from the Eindhoven University of Technology have developed a way that uses formic acid to power a bus. Their system is made up of an electric bus connected to a small trailer where the formic acid is converted into electricity. 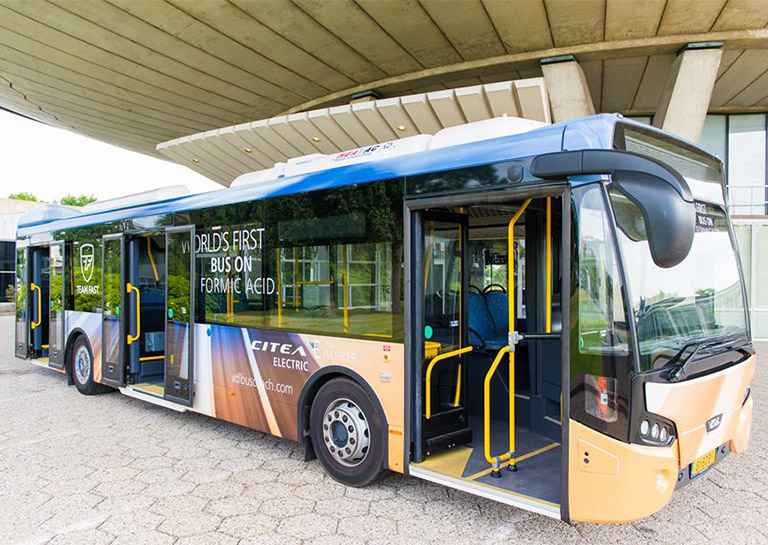 The system can produce enough energy to power a regular bus. The students are from a group called FAST which has been working on the sustainable transport idea for some time. The key ingredient is the formic acid, the acid is naturally occurring in nature in stinging nettles and some ants. But it is also commercially produced for use in preserving livestock food and leather processing.

The team uses a mix of 99% formic acid combined with performance enhancing agent to create hydrozine. This chemical has 4 times as much energy density than a battery, and it is this that is used to power the bus. The whole process is carbon neutral as the CO2 produced by splitting the hydrozine is used during the electricity-making process.

While tests are still being run, it is hoped the fully functioning bus will be up and running by the end of the year. Lucas van Cappellen from Team Fast explains, “We've created the world's first bus that runs on formic acid, which is a much cheaper solution than hydrogen, yet it delivers the same environmental benefits.”

The choice to develop the technology for buses rather than cars was deliberate. Lucas van Cappellen stated, “If we built a car, we would compete with electric cars, but we believe battery-powered cars are a good solution for a lot of people. But if we prove that we can build a bus that meets the needs of bus companies, with a range of around 400km and quick refuelling, we will have shown the potential of hydrozine in a segment where there is no sustainable competition yet."

Team Fast members are all associated with the university and have created the startup company to continue research started as students and to kickstart their careers. 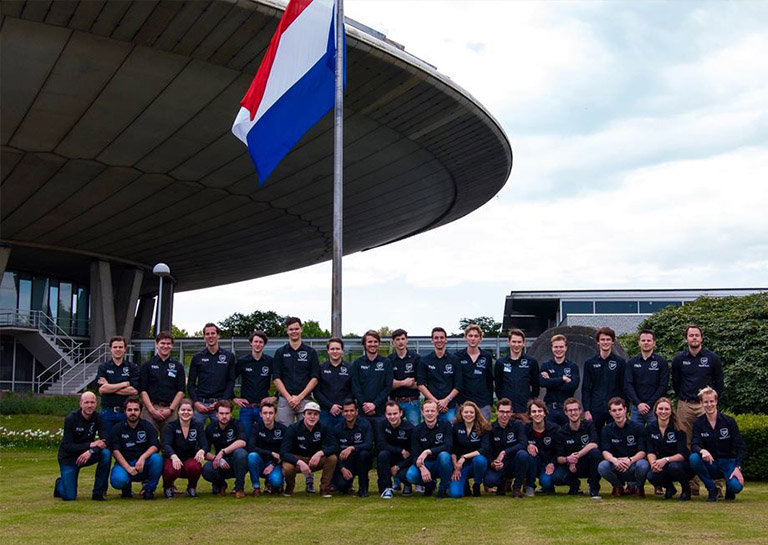 The project started with a one-meter scale model called Junior. The model proved the ability to drive on hydrozine. The next stage is the building of REX, a 25 kW range extender strong enough to power a city bus.

While the team has chosen transportation as their initial method of application for the technology, they have other ideas for the way hydrozine can be used. These include powering a greenhouse, which would reduce the carbon footprint of this mode of agriculture.

Electric buses are already quite common in most parts of the world and while they go a long way to reducing the air pollution in urban areas, depending on the fuel source of the region, they might not be as renewable as they appear. Tesla has recently taken the first steps to completing and independently powering their Tesla charging stations after they were accused of being less than renewable because the stations were powered by coal in some areas.