Two lion cubs have been born in South Africa after the world's first successful artificial insemination procedure for the large cats. What does this mean for other endangered species?

Scientists from the University of Pretoria (UP) have used artificial insemination with lions for the first time. The procedure produced two healthy lion cubs, Isabel and Victor, who were born on August 25.

Artificial insemination isn’t a new technology, but the researchers needed to tweak the process for the treatment to be successful with the lions. Their breakthroughs could lead to new approaches in animal conservation.

One of the new techniques they used was the way they selected the female partner. After collecting sperm from a male lion, the researchers measured the hormone levels in the female lion population to determine who would be the best recipient. 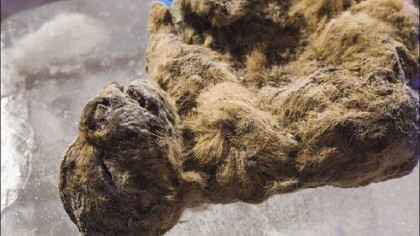 The lionesses were trained to rest next to a particular fence, that enabled the scientist to take a sample without moving the animals out of their enclosure. While the cubs birth is a big reason to celebrate for the team involved, many are questioning the ethics of the project.

Animal rights activists are concerned that the ability to breed lions at will may come to be prioritized by those with an interest in tourism and trade rather than conservation. The scientists don’t agree.

New AI methods could extend to other big cats

They argue that the new lion-friendly artificial insemination methods mean that conservation professionals have one more tool in their box. They say that technology is essential to keeping the lion species alive and that the technique may also have applications for cheetahs and other big cats who are under threat.

This is a decrease of more than 98% over 220 years, with a decline in numbers of more than 60% just over the past 25 years. One of the lead scientists from the insemination projects, Dr. Isabel Callealta, says the new techniques can be applied to provide a faster and broader distribution of genetics and as a means to reduce disease transmission.

The methods will also go some way to reduce the amount of animal translocation for breeding purposes. The conservation of wild animals across Africa remains a controversial issue, while many say the money that is generated from large safari parks that allow hunting is necessary for funding conservation efforts. Others argue that it is the poaching and trophy hunting that has caused the rapid decline of many species.