The European rail network is largely dependent on diesel engines, despite several electrification projects in some countries. In an effort to provide an integrated solution to the large number of  fossil fuel driven engines in Germany, local company Alstom has developed a hydrogen fuel cell powered train.

The Coradia iLint is among the first passenger trains in the world to utilize hydrogen fuel cells as a power source. Alstom, therefore, has provided a comprehensive system to ensure ease of uptake, including the complete supporting infrastructure required to fuel and maintain the hydrogen powered engine.

'Alstom is proud to launch a breakthrough innovation in the field of clean transportation which will complete its Coradia range of regional trains. It shows our ability to work in close collaboration with our customers and develop a train in only two years.'

So-called 'hydrail' technology has been developed in several freight train applications around the world, but this project will see the first use of hydrogen power in regular, long-distance passenger trains.

It is reported that the train's range will be between 600 and 800 kilometers, fully fuelled. The fuel cell engine runs silently and can get up to speeds of 140 km/h. 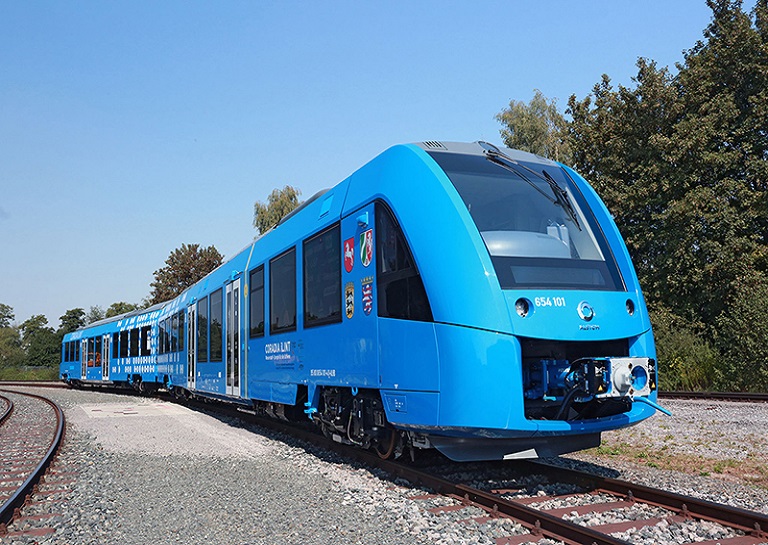 From Alstom, the launch of the Coradia iLint follows the Letters-of-Intent signed in 2014 with the German Landers of Lower Saxony, North Rhine-Westphalia, Baden-Württemberg, and the Public Transportation Authorities of Hesse for the use of a new generation of emission-free train equipped with fuel cell drive.

In 2016, the German Federal Ministry of Transport and Digital Infrastructure (BMVI) conducted a study with the National Organisation for Hydrogen and Fuel Cell Technology (NOW) into the economic, legal and technical prerequisites for the deployment of fuel cell railcars in rail transportation. They found that hydrogen fuel cell technology was 25 percent more economical than diesel and, depending on the source of hydrogen, emissions free.

With interest reported from Denmark, Norway, and the Netherlands, as well as several state transport authorities in Germany, it's likely we'll soon be seeing more of these trains across Europe in the near future.