Announced last week, Dubai Water and Electricity Authority (DEWA) is starting construction on what will soon be the world's largest solar power plant, encompassing 5 individual facilities. By the year 2020, the plant is estimated to produce 1,000 MW and by completion in 2030, over 5,000 MW. The project is being constructed in the Mohammed Bin Rashid Al Maktoum Solar Park, where facilities are already in place to handle the expansion of the project. A plant this size is seen nowhere else in the world, and this amount of power generation will raise the emirate's power output by 25 percent, according to Gizmodo. 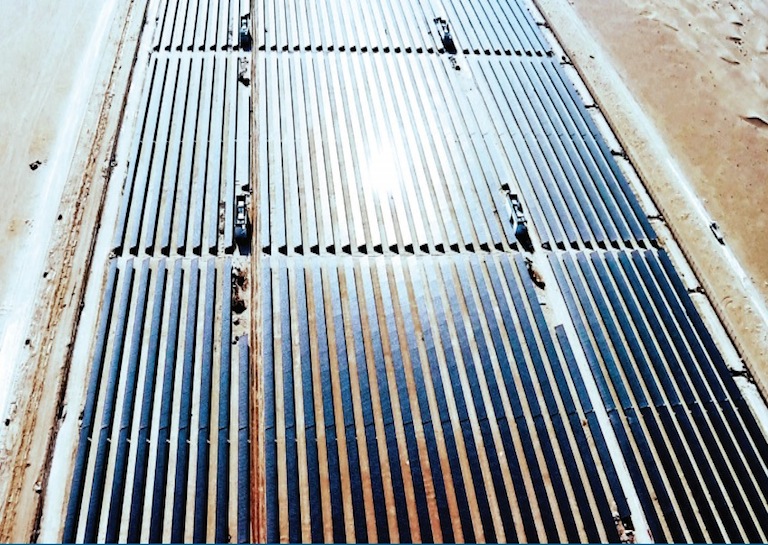 The current holder of the title of 'world's largest solar power plant' is in California, the Ivanpah CSP, which generates 392 MW of power. This is dwarfed by the proposed maximum generation of DEWA's new project. Costs of the project are still unclear, but DEWA said that they will be choosing the bidder with the lowest price to move forward, not uncommon in large-scale engineering projects. 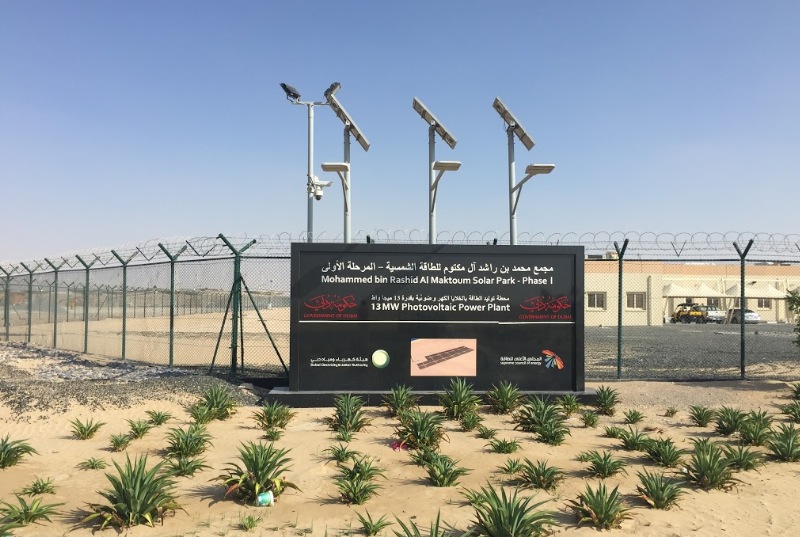 When completed this concentrated solar plant (CSP) will remove 6.5 million tons of carbon emissions per year off of the global energy market, according to Gulf Business. The announcement of this plant comes in the wake of the decision to move 75% of all of the country's power to green sources by 2050. Concentrated solar power is much different than

Concentrated solar power is much different than traditional photovoltaic generation. Concentrated solar plants typically use circular arrays of mirrors, or heliostats, that focus sunlight on a large tower, which heats a conductive fluid. This fluid then drives steam turbines that generate the output electricity. This method is preferred in many areas because it allows for electricity to be generated at night, rather than being limited by when the Sun is shining.

You can explore the current DEWA plant in the interactive Google Earth map below.