Instead of powering most of cars we see on the street today, there are some unusual four-stroke engines. The size of these engines may vary strongly, from small domestic engines that power electric generators through regular automotive engines and reaching enormous sizes inside some power plants. 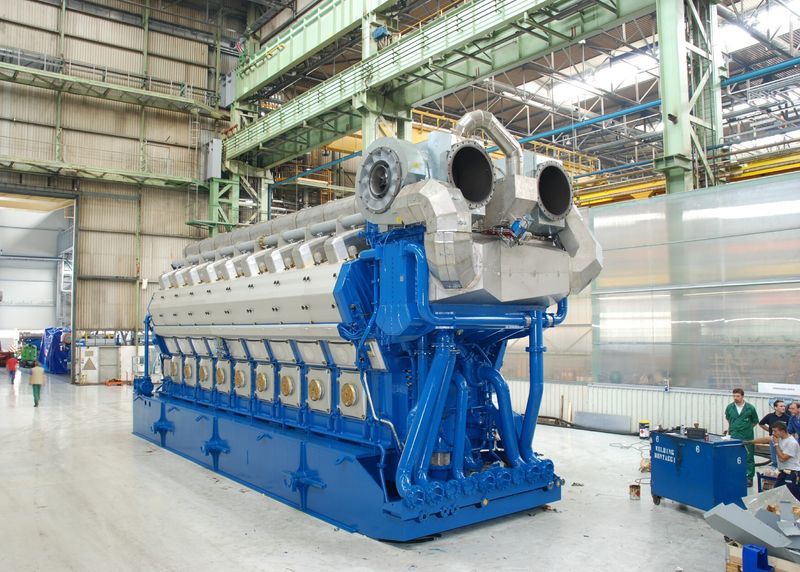 The largest four-stroke gas engine in the world is exactly of the last kind – 18V50SG constructed by the Finnish company Wärtsilä. As the model name shows, there are 18 cylinders with 50 cm diameter nested within 18,6 m long and 396 tons heavy body. The beast produces more than 25 000 hp and is supposed to “eat” natural gas. However, there is a modification capable of using different fuel types – Wärtsilä 50DF, which also could be “fed” with heavy or light fuel oil. 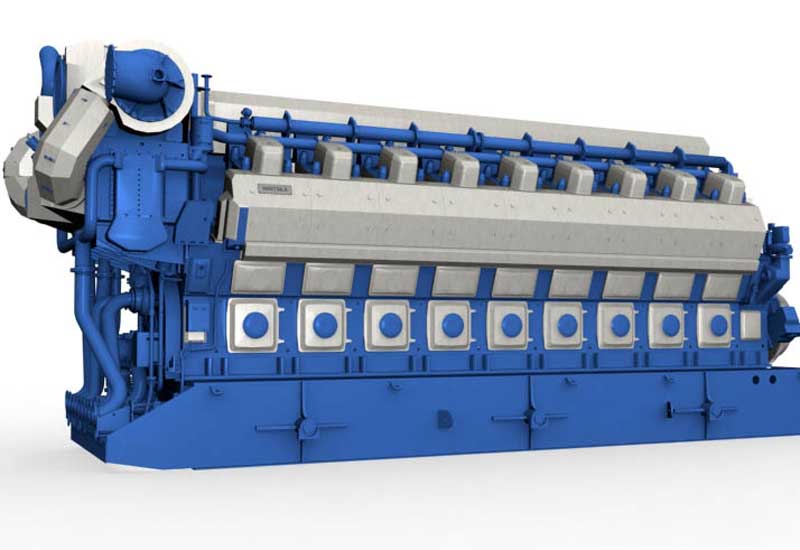 The engine uses lean-burn technology, which simply explained means that air is more than fuel inside the cylinder before the ignition stroke. This is achieved by using turbo chargers and leads to better burning, reduced harmful emissions and lower peak temperatures. Each cylinder is controlled individually by ECS (Engine Control System) which regulates the air-fuel ratio, ignition timing and everything else. 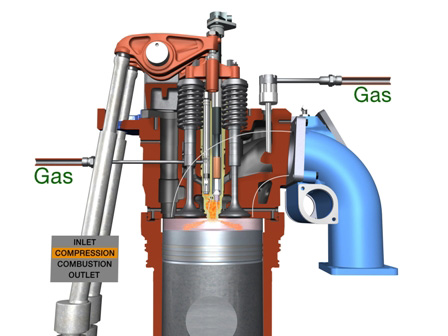 Wärtsilä was created at the end of 19th century and is now working in two main fields: power plants and marine solutions.