World's Largest Fusion Reactor will Harness the Power of the Sun 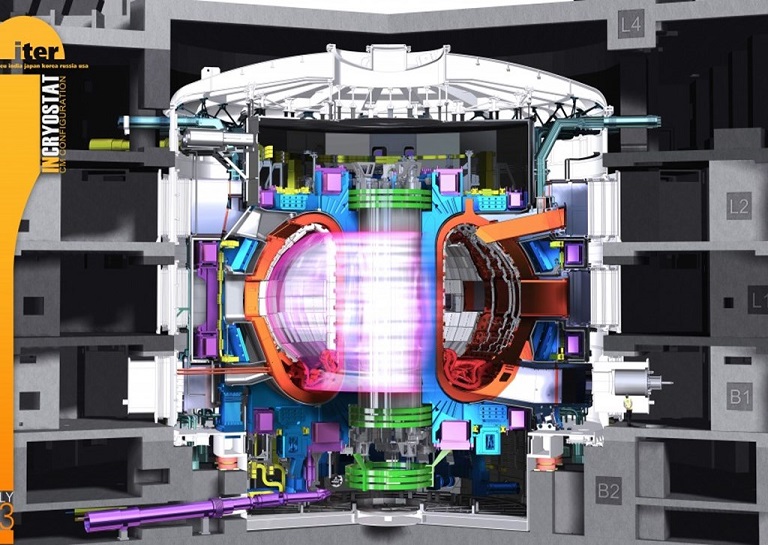 Human development and regular day-to-day functionality are largely dependent on the constant availability of electricity. Nearly every piece of technology new and old is heavily reliant on a constant supply of energy. As such, humans have a massive taxing demand for more power, power that is often accumulated through less than desirable means. Be it burning fossil fuels or hydroelectric dams, all current power generators tax the environment to some degree. However, what if you could abolish all detrimental effects of current power generation with a generator able to produce one million times more energy than any chemical reaction- and use it to harness virtually unlimited power?

It seems like an engineering fantasy, however, the answer looms directly overhead. Fusion energy, the energy that powers the Sun and every other star across the Comos. It is the fusion of two particles, releasing a vast amount of energy to essentially unlimited ends. Hydrogen, the most abundant element on Earth and in the universe comprise the fuel supply. Tapping into fusion energy would provide virtually unlimited power with no carbon emissions, and no adverse side effects dealt unto the environment.

Early on in the 1900s, it was largely recognized as potentially being the most effective means of acquiring energy. However, scientists were incredibly naive, assuming generating and harvesting power from fusion generators would be easy. In the 1930's, physicists were already conducting the first experiments into fusion generation. However, it was not until 1968 that a major milestone was achieved in producing the two of the three critical conditions necessary to initiate the fusion process. 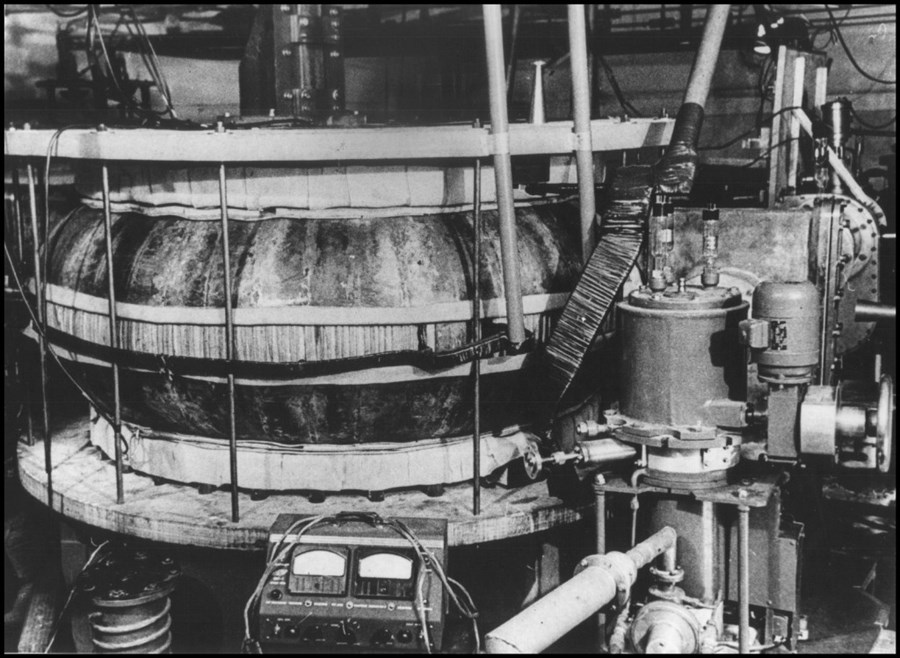 The device used in the experiment was conducted with a tokamak- essentially a doughnut-shaped apparatus that utilizes strong magnetic fields to contain plasma within at temperatures exceeding that of the Sun. The tokamak became an essential component of thermonuclear research and still to this day is being used to further the development of producing a viable fusion reactor.

The tokamaks function by pumping a gas into a vacuum chamber. Electricity is then  pumped through the center (the hole of the doughnut). The gas accumulates a large charge and begins to heat up, but is confined by the intense magnetic fields generated by massive magnetic coils encircling the device.

Hurdles yet to be achieved

While the team devised a method in satisfying two of the conditions in creating a fusion reactor, developing a functional model proved to be uncannily difficult. It was not until 1991 that the first controlled release of fusion power was achieved. The generator, however, required many times more power input that what was produced, an obviously poor means and unviable way of producing electricity.

To initiate a fusion reaction, three conditions must be satisfied- that including: incredibly high temperatures (to stimulate high-energy collisions); adequate plasma particle density (to ensure a higher likelihood for collisions to occur); and a sufficient amount of time in which the plasma is to be confined (to retain the plasma, which has a tendency to expand, in a defined volume).

Only when all three components are satisfied will the fusion process be initiated.

Entirely opposite to a fission reaction in which requires and expels highly radioactive material, fusion oversees particles fuse together in which releases immense amounts of energy in the form of heat, only requiring hydrogen as fuel and produces nearly no radioactive waste

The reactors will use two radioactive isotopes of hydrogen, deuterium, and tritium, to fuse together and create helium as one highly energized neutron is ejected which then speeds off to initiate the next reaction. In this method, a looping mechanism can be created to initiate a self-sustainging device. 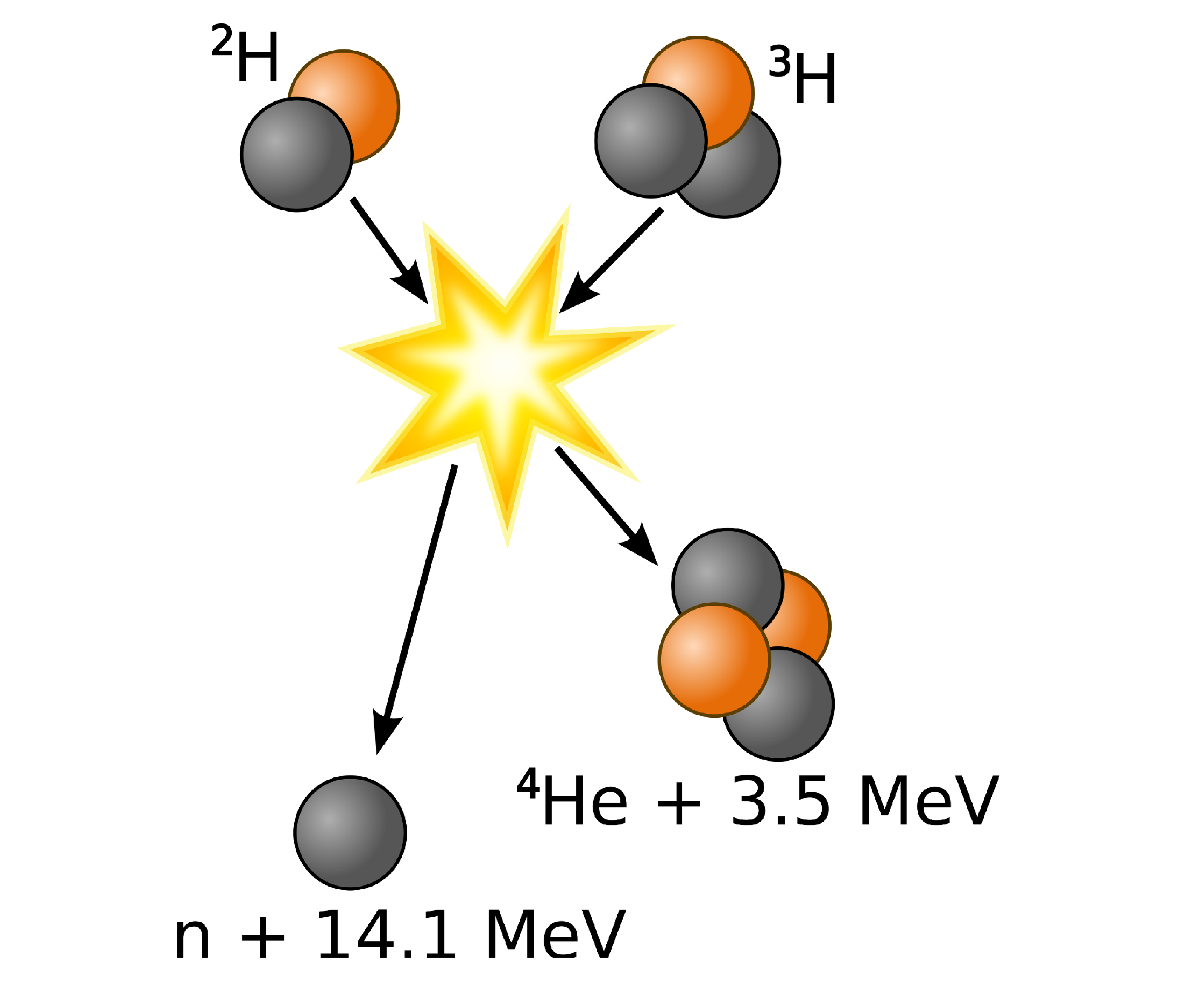 The largest issue in creating a viable fusion reactor is developing a device able so sustain the immense pressure and temperatures of the plasmas which approach 100 million degrees- 6 times hotter than the core of the Earth. While scientists have achieved temperatures with a tokamak exceeding just under 50 million degrees Celsius, the experiment lasted just 102 seconds before the plasma collapsed back into its stable form. Up until now, creating sustainable conditions in which to produce and maintain a functional fusion reaction has remained entirely elusive.

To achieve power generation, fusion scientists must meet the plasma energy breakeven point- a point in which the plasmas within a fusion device expel at a minimum the same amount of energy as is used to initiate the process. As of today, the moment is yet to be achieved. However, the current would record for energy releases was able to generate 70 percent of the input power. The record is still held by JET.

Now, however, after nearly 60 years of fusion energy research and development, engineers and scientists are readying the final stages of the world's largest tokamak reactor to initiate and sustain the word's first nuclear fission generator with a positive output of energy. The  project is an international collaboration with the aim of generating an experimental fusion reactor said to be self-sustaining- essentially harnessing the power of a small star. The project, deemed ITER, is currently well underway.

ITER (International Thermonuclear Experimental Reactor)  is an international collaboration of nations in an effort to create the world's first self-sustaining thermonuclear reactor in which exceeds the breakeven point. The generator is currently being developed and promises a revolution in power generation in the 21 century. If it functions as planned, it will generate 500 MW of output power while only consuming 50 MW of input, rewriting a new chapter in history as the generation which harvested the power of the stars.

Spanning across a distance of 42  hectares, the plant will employ over 5,000 people during peak construction hours. It will be the largest tokamak reactor ever built, measuring 8 times the volume of the next largest tokamak.

The monstrous apparatus will be the world's largest tokamak, with a plasma radius (R) of 6.2 m and a plasma volume of 840 m³. In the heart of the reactor remains the massive magnetic coils wrapped around the tokamak, an essential component in confining the temperatures which will approach 150 million degrees C. As all other tokamaks, the massive vessel will charge a gaseous fuel contained by immense magnetic fields. Using extraordinary amounts of electricity will force the gas to break down and become ionized as electrons are stripped from the nuclei. Plasmas will then be formed.

The plasma particles will continue to become energized at they continue to collide at increasing intervals and intensities. Auxillery heating methods will further the plasma temperature's until fusion temperatures are reached at 150 to 300 million °C. The highly energized particles will be able to overcome the natural electromagnetic repulsion, enabling the particles to collide and fuse, releasing immense amounts of energy.

What will it do?

The first milestone will be creating a functional, self-sustaining thermonuclear reactor, a world first. Aside from the initial development, ITER has set a few goals.
1) Produce 500 MW of fusion power for pulses of 400 s
ITER has its sight set on producing 500MW of power, a 10 fold increase from its power input. The goal is then to sustain the plasma for at least 400 seconds.

2) Demonstrate the integrated operation of technologies for a fusion power plant
ITER pledges to bridge the gap between experimental fusion devices and a functional generator, demonstrating the capabilities of fusion power plants for the future. With the massive device, scientists will still be able to study the plasmas under similar conditions expected to be found in future fusion power plants.

3) Achieve a deuterium-tritium plasma in which the reaction is sustained through internal heating
Ideally, once the device is turned on, scientists are confident the machine will remain self-sustaining, with the only power input being utilized to power the massive electromagnets.

4) Test tritium breeding
Tritium, a radioactive isotope of hydrogen, could be a critical component in developing future power plants. However, with a diminishing supply that is already short in demand, the first generators will need to demonstrate the feasibility of producing tritium in order to sustain other reactors.

5) Demonstrate the safety characteristics of a fusion device
In 2012, ITER received a licensing as a nuclear operator in France and became the first in the world to have undergone copious amounts of examination pertaining to its safety. One of the primary goals of ITER is to demonstrate plasma and fusion reactions will create negligible consequences to the environment.

As humans progress into the 21 century, an emphasis is being placed on creating sustainable, environmentally friendly. With successful thermonuclear reactor tests making increasingly common milestones in fusion generation, it is becoming evident perhaps one day soon the world will rely once more on the power of the stars, except this time, to our own accord. The progression and development of such reactors remain promising. It is only a matter of time before  large integration of functional facilities is developed. With no chance of a nuclear meltdown, nearly no radioactive waste, and an essentially virtually unlimited supply of energy provides a hopeful future in which humans will significantly reduce the footprint currently being imprinted onto the Earth.

Building the World's Largest Beyblade Powered By A Chainsaw