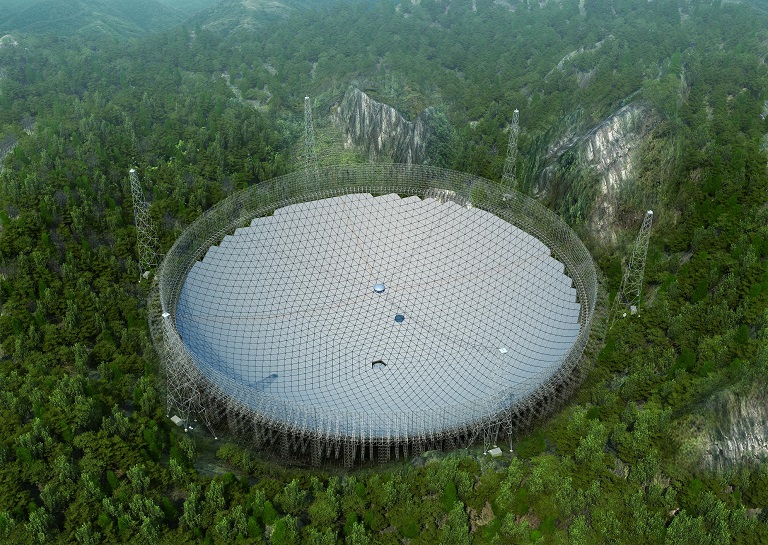 A cabin looms over top of the dish which collects the data. Beneath it hangs a massive receiving dish that collects the data. The whole assembly is suspended by massive suspension cables. Six cables are used to position the cabin up over the 500m wide dish. It can be positioned to within an error range of 100mm. The assembly was designed to even withstand vibrations thanks to its dampening control systems. The cabin can be controlled in real-time which was an incredibly difficult task to achieve. Multiple lasers are used to determine the exact position including altitude and angle. Then, a computer makes adjustments to maneuver the 10-meter wide reflector to capture as much data clearly as possible.