World's Longest Tunnel Set to Open this Summer in Switzerland

The Gotthard Base Tunnel (GBT) is expected to open June 1st, 2016 and will be the world's longest tunel ever made.

Traveling in Switzerland is nothing short of breathtaking for tourists traveling through the Alps. However for the average commuter, getting to the other side of them can prove to be a relentless journey as the roads twist back and forth all the way up, and back down the mountains. Of course, there is a faster way, but there are 57km of rock and dirt in the way. A new tunnel system is set to open this summer in Switzerland to save commuters major time traveling between Zurich and Lugano. The GBT is currently being constructed through the Alps   which will span an astonishing length of 57 km (35.5 miles) with a total tunnel system comprising of 151.84 km (94.3 mi) of tunnels, shafts, and passages, making it the world's longest and deepest traffic tunnel in the world.

The project has been underway for more than 17 years when the first blast was made in the main shaft. Switzerland is celebrating the opening by welcoming the entire country for an unforgettable public festival. They anticipate 50,000 to 100,000 people on the first day, all of whom will be able to ride the Gotthard shuttle train at a remarkable 200km/h. It will span between Zurich and Lugano.

The tunnel was first sketched out in 1947, 68 years ago, but was repeatedly redrawn. Many disagreements later, the project finally broke dirt in 1999. The tunnel required as many as 2,400 workers to construct two 57-kilometer long tunnels side by side. The tunnel boring machine that munched its way through the rock and dirt was as long as four football fields laid end-to-end. In total, over 28.2 million tonnes of rock were excavated, moved, and used for landscaping on the site or used as fill for dams. So much rock was used, three shallow-water nature reserves and three islands were created out of the remains. 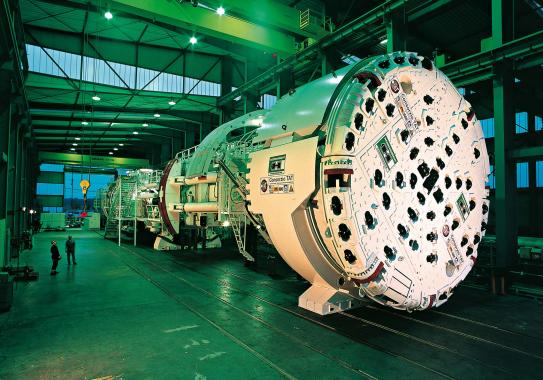 The tunnel is not only the longest tunnel in the world- but is also the deepest. The tunnel lays 2,300 metres deep in the mountain. The project was constructed 24/7  to install the slab track (train track on slabs) in the tunnel. It required 131,000 cubic metres of concrete and 290 km of track over a 43,800 hour period. 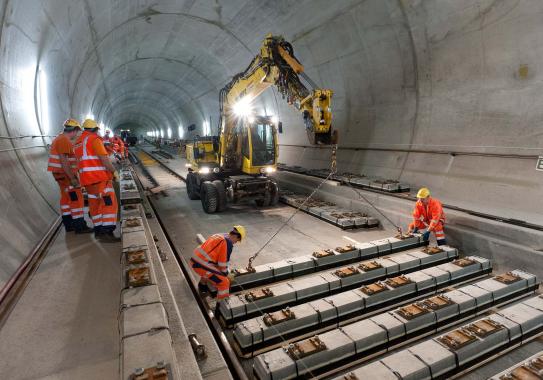 The tunnel plans to accommodate 325 trains per day, with the passenger trains reaching 250 km/h in the future. The tunnel will shave an incredible 45 minutes off of the journey between Zurich and Lugano. The tunnel is nothing short of an impressive engineering marvel that reserves it a spot in the Guinness Book of Wold Records as the longest (and most incredible) tunnel ever created. 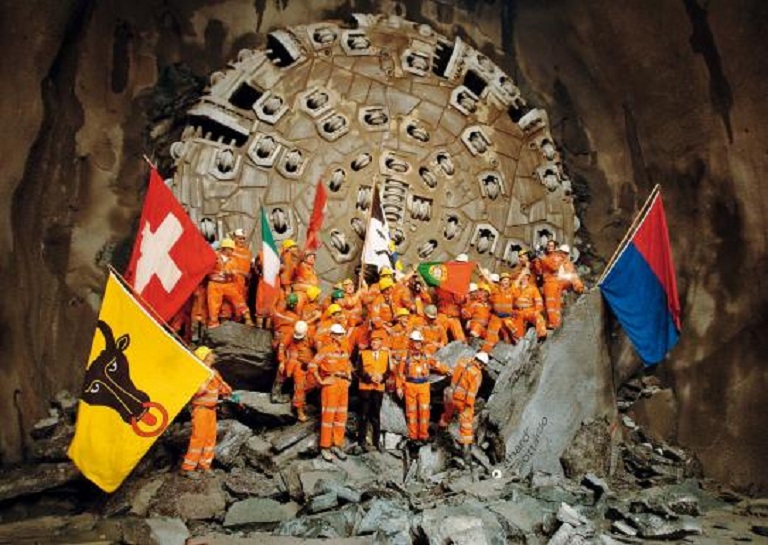