Completed in 1916, the Catskill aqueduct is one of the most important aqueducts of all time. This tunnel system supplies over 40 percent of the water used by New York City's 8.5 Million residents. Stretching over 163 miles and reaching depths of over 1000 ft, it is a completely gravity fed system. Utilizing similar techniques to the ancient Romans, engineers were able to achieve this impressive feat. Tasked with building the water system, workers utilized the cut and cover technique of tunnel construction, pictured below. Deep trenches were dug using steam shovels, then the tunnel walls were built and covered over with earth. 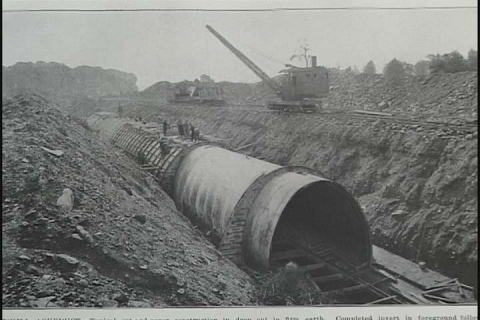 The pipeline reaches a maximum diameter of 30 feet and even runs under the Hudson River basin. Initially, the system could supply New York City with 640 million gallons per day (MGD). However, due to natural build up of sediment and plant matter, the system operates at a max of 550 MGD. The aqueduct is fed by the Ashokan Reservoir which was built just earlier in 1915. At the time, the aqueduct system cost a total of 177 million dollars, equivalent to 2.4 billion in 2015. 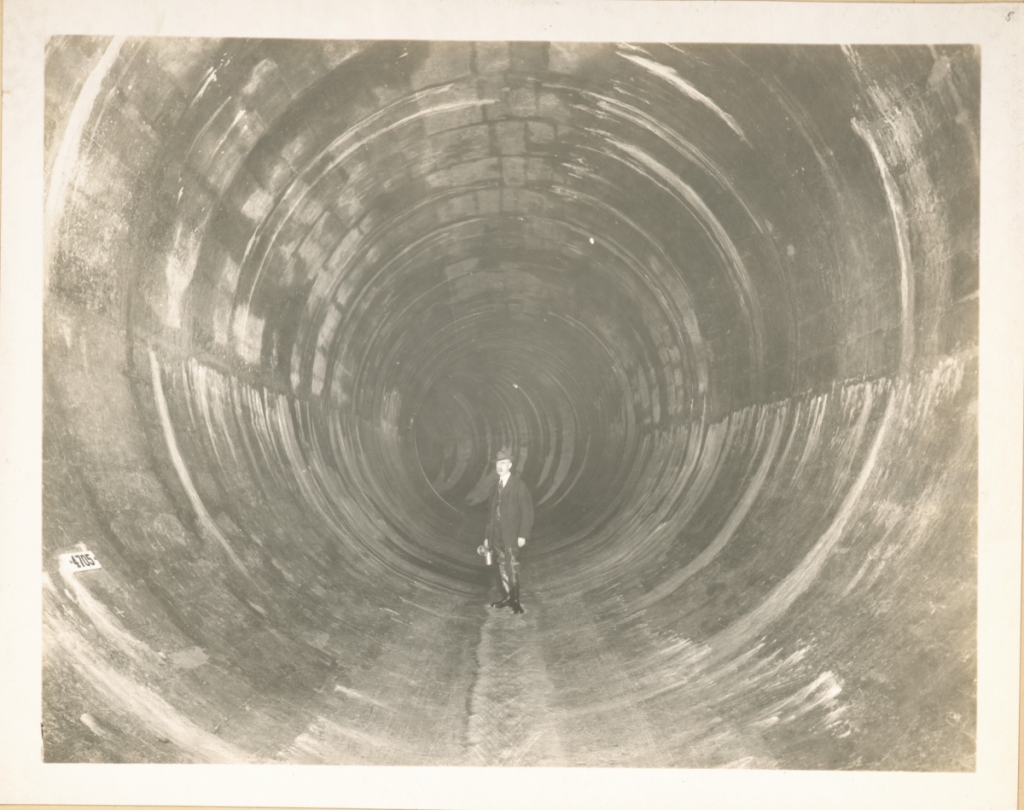 The Ashokan Reservoir sits 93 miles north of New York City, just a 2 hour drive. Several large dams were built to collect water from a watershed of over 255 square miles, encompassing 11 towns. All of this water collection created a reservoir that is 55 meters at its deepest. The project resulted in roughly 50 miles of deforestation, which was not overlooked. In an effort to offset the aqueduct's environmental impact, city planners planted over 3 million trees in the surrounding region. Currently, city managers are so concerned with pollution of the Aquifer that recreational permits are needed to boat or fish on the lake. 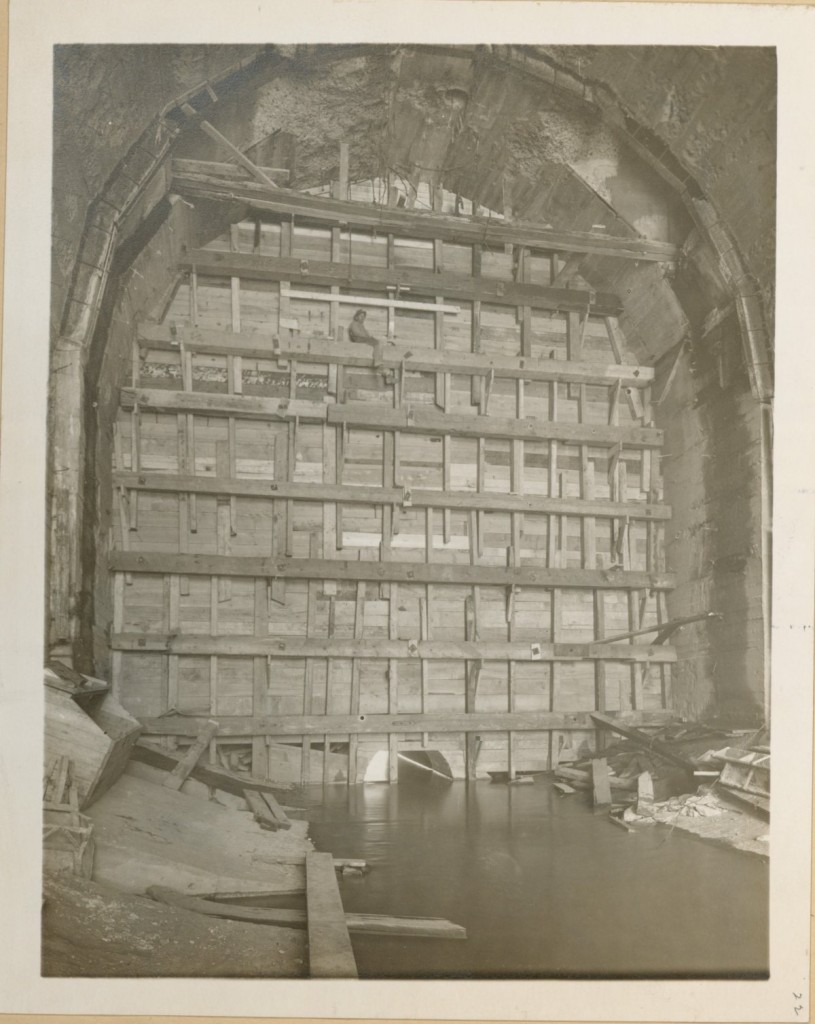 Some electricity was available at the job site, but for the most part mechanical and horse drawn construction methods were utilized. The project was one of the first large scale construction sites to use the newly invented dragline, pictured below. This bucket-style machine was capable of carrying several tons of earth in one movement. The modern dragline has been scaled up and is used in large-scale earth-moving work like mining. 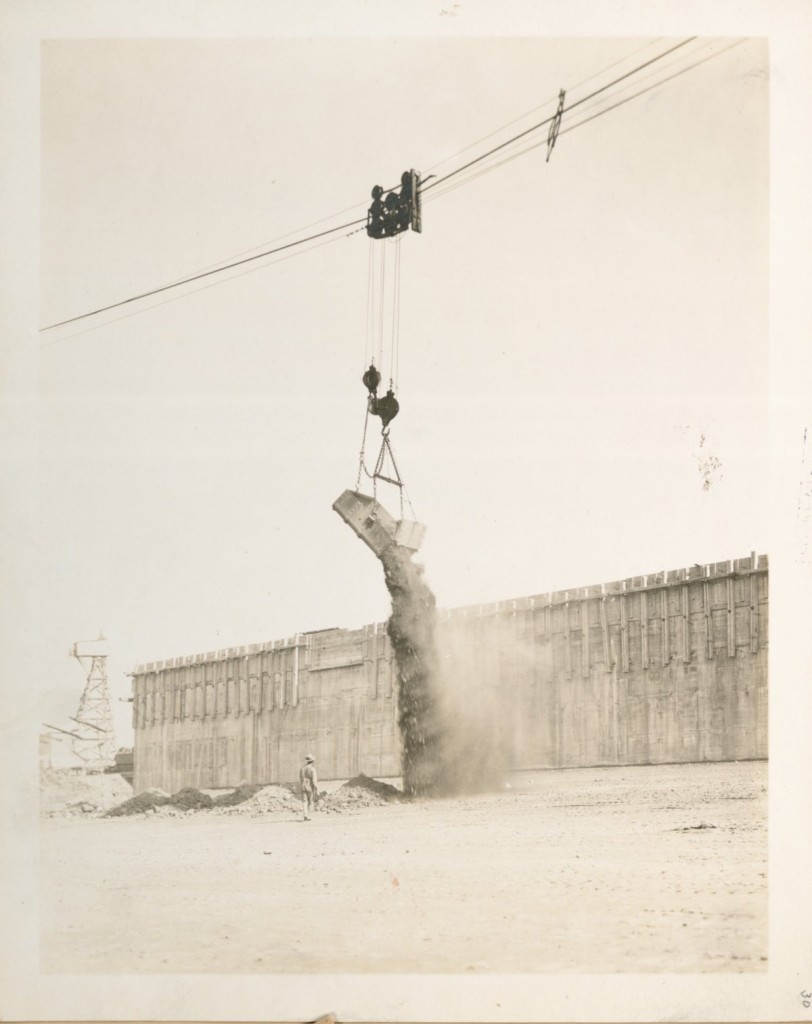 Renovations to the Catskill

After the project turned 100 in 2015, the New York Department of Environmental Protection (DEP) announced plans for renovations to the Catskill Aqueduct system. The updates to the pipeline are scheduled to begin in late 2016 and be completed by 2021. New York City's department manager makes it clear that the updates are part of a plan to protect the future of NYC's water supply and "make sure it lasts another 100 years." As part of a discussion with local residents, one citizen asked if workers could find dangerous "creatures." The renovation manager assured them that while amphibious species and the occasional fish are common in such large aqueducts, nothing harmful to workers is expected to be found. 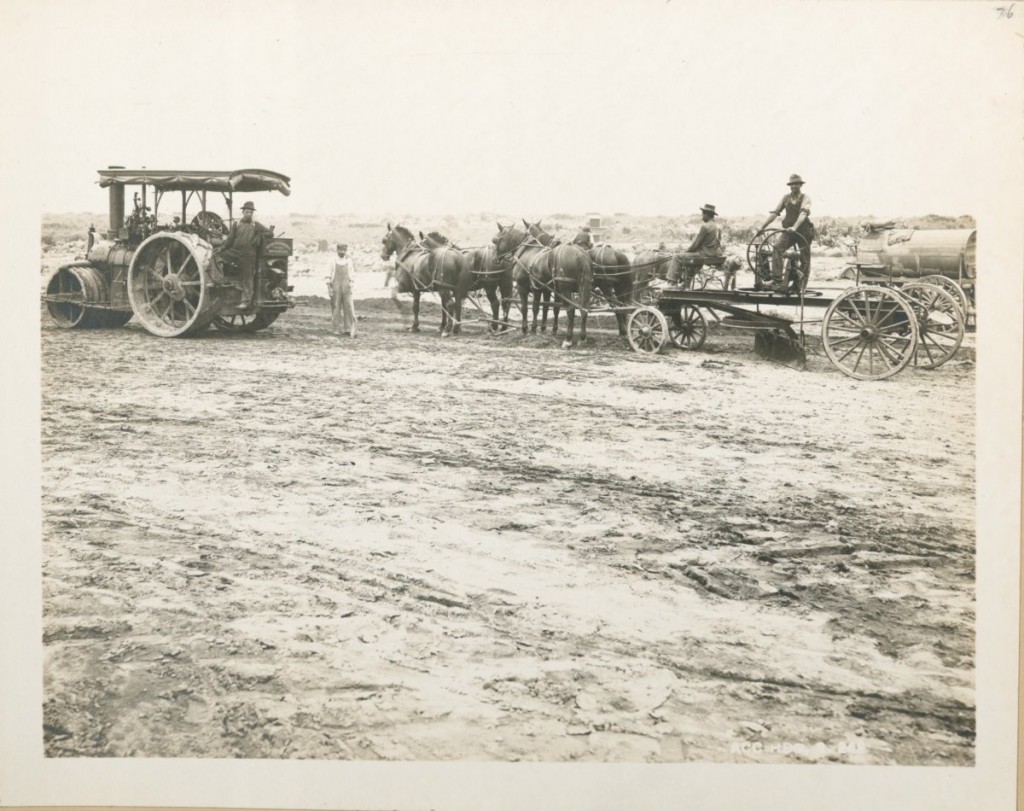 The most impressive aspect of this engineering project is its longevity and significance. With such a large part of New York's water supply depending on the tunnel's ability to function, engineers are seeking more ways to increase the aqueduct's lifespan. This pipeline network measures up just short of the Thirlmere Aqueduct, completed in 1925, making it the second largest aqueduct in the world. While not the largest, argument could be made ranking it as the most important, with 8.5 million people relying on its ability to function. 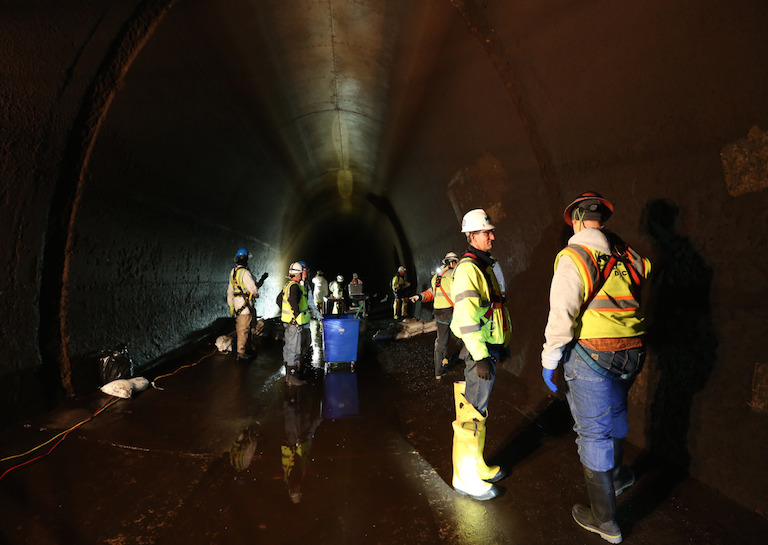 The World's Most Expensive Megaprojects

The World's Most Unique and Awe-Inspiring Airports