World's Smallest Electric Vehicle Is Getting Ready for the 2020 Olympics

SkyDrive could change the way the world commutes very soon indeed. A manned test flight of a prototype is planned for the end of 2018. SkyDrive was designed by 30 Toyota employees who are developing it in their spare time. Incredibly, this electric vehicle is hoped to light the flame of the Tokyo Olympics in 2020.

Imagine a future where we will be able to fly above our cities, much like the Jetsons or promises of many a Sci-Fi author. This future may become a reality with SkyDrive. One of the world's largest car manufacturers, Toyota, has recently sold its entire stake in Tesla and go it alone. Toyota has decided to invest in a group of their own employees who are working tirelessly on this future electric vehicle. 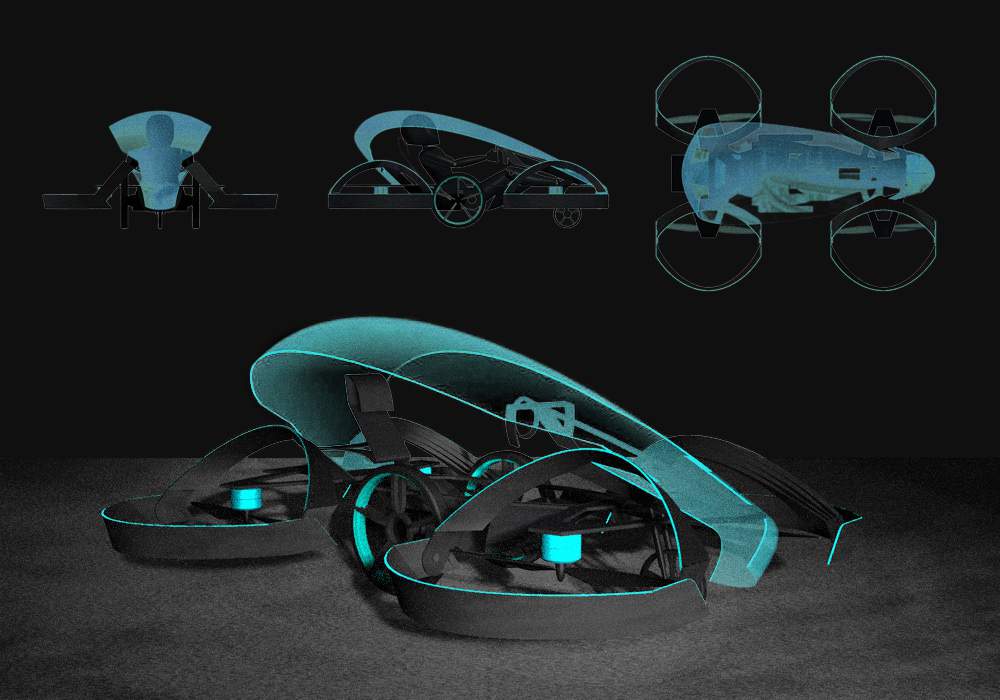 The SkyDrive began as a concept back in 2012 when one Tsubasa Nakamura and his friends had a dream. They went on to win a competition with their initial design of a flying electric vehicle under the team name Cartivator. This humble team of 30 started to develop SkyDrive in 2014. They have since won not only financial backing from Toyota but also built and tested proved concept scale models.

Toyota enter the ring with other electric car companies

Toyota's official stamp of approval has stepped the project up a gear. Their financial backing will enable the team to build a full-scale prototype and conduct a manned test flight. Toyota has invested around £272,000 in making the dream a reality.

The full-scale prototype will be around 2.9 meters long, 1.3 meters wide and 1.1 meters tall. This will make it, by virtue, the world's smallest electric vehicle. Cartivator's hope is that SkyDrive will attain a flight speed of 100 km/h with a standard driving speed of 150 km/h. This tiny electric vehicle will feature technology commonly found in drones. These include the vehicle's most prominent feature, its four rotor blades. Locomotion and flight control will be achieved by varying the speed of each rotor accordingly.

The team envisages that the vehicle will travel at no more than around 10 meters above ground. It will use vertical takeoff and landing VTOL so it won't require roads or runways to operate.

When can you buy your own?

Captivator hopes that once the test flight is complete and obviously successful, full production can begin shortly afterward. They believe that a full commercial version may be able to go on sale as early as 2023. Mass production for developed countries is penciled in for around 2030, with developing countries about a decade later. Pretty ambitious but Captivator could let humanity realize our long-held dream of personal flying transportation.

SkyDrive is not the first time Toyota has played around with flying cars, however. In 2014 they applied for a patent for an "aerocar" that could make the leap from land vehicle to flying machine. This was designed to shape shift with hidden wings hidden under the main fuselage. These would pop out from a hatch and deploy fully loaded propulsion system. Once deployed the driver could take to the air! The wings were inspired by the design of bird wings and unfurl in much the same manner.

Toyota's "aerocar" would have a main fuselage built from tensile skin that "stretches around and/or between flexible frame members". "Aerocar" would have been driven using power system including a battery pack, internal combustion engine turbine, fuel cell and energy conversion technology. This mix of old and new would also power the car during flight.

There is little to show that SkyDrive will incorporate any of this technology.

Anyway, back to SkyDrive. According to Cartivator's own website, "Transportation including the automobile have enriched our lives by expanding human mobility. However, if it is an airplane - airports and runways are necessary, and if it is a car - roads and bridges are necessary." They note that this infrastructure requires significant investment in labor and resources to build and maintain.

They also note that a lot of developing countries can have difficulty raising the money for this. This lack of ability to invest in their infrastructure seriously hampers their economic and social development.

They believe that SkyDrive will let not only developed countries but the less developed " to realize infrastructure-free transportation". They aim that by 2050 we will live in a world where "anyone can fly in the sky anytime and anywhere". A nice thought and probably one we would all love to see a lot sooner.

Cartivator notes that to realize this kind of ambition they needed to build a compact flying car. It needed to be so light that it could utilize VTOL. This will alleviate the need for costly roads and roadways needed for conventional automobiles and airplanes.

"It's very difficult to realize the compact flying car due to noise control, all-weather handling, and guaranteeing absolute safety. However, if this flying car is realized, then passengers can freely enjoy the scenery from the sky, go to places where we were not able to reach before and uninterrupted travel by avoiding traffic jams is no longer a dream."  - Cartivator.

We do wish them luck with their project and hope they meet their targets. It would be cool to see the 2020 Olympic flame lit using one of these.

SkyDrive is certainly ambitious, and to be honest, it looks pretty neat. The possibilities and freedoms this will open up for anyone are tantalizing. We wonder though if the freedoms it provides might well develop other issues. Will you need a flying license to use one? How will large scale civilian sky traffic be managed and controlled? But these are issues for the future, let's just dream for now.

So there you go, SkyDrive. What do you think? Are the developers a little too ambitious with their project? Are you excited by the possibilities of this technology? Will they meet their own targets? Only time will tell.

Is China leading the electric vehicle race? Here's what the numbers say