Dr Kevin Ma from Harvard University and his team, led by Dr Robert Wood, say they have made the world's smallest flying robot. Their robot has the size of a coin and is able to fly with the agility of an insect. Its weight is below 1 gram because of its carbon fiber construction. 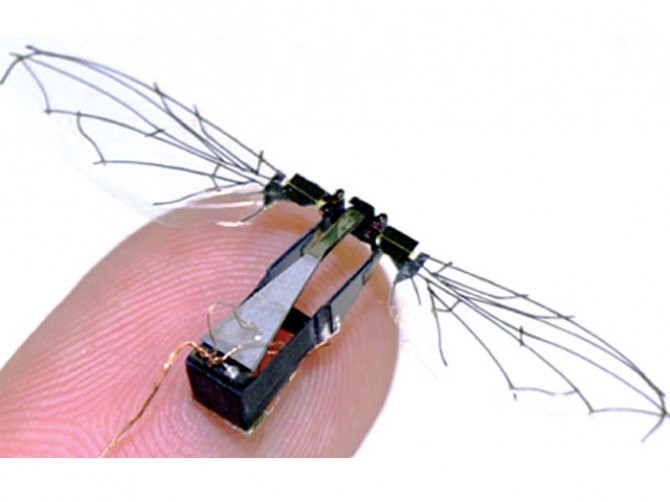 It successfully replicates the agility of flies that allows them to evade almost every human attempt to kill them. This comes mainly from very precise wing movements by constant adjustments of the thrust at an incredibly high speed, so the robot's wings enable it to hover, to perform sudden evasive moves and to fly normally.

The robot has flexible thin wings that beat with a frequency of around 120 times per second. It is achieved by piezoelectric material that contracts every time when electricity is applied to it. Obviously, the voltage is switched on and off very fast in order to reach such a high frequency.

The current model is connected to a small, off-board power source but Dr Ma says the next step will be to make small enough power source needed to create a "fully wireless flying robot".

"It will be a few more years before full integration is possible," he said.

The main goal of this research was to understand how insects fly, instead of building a useful robot.

Dr. Ma said that there could be many uses for such a diminutive flying vehicle, like search-and-rescue operations to search for human survivors under collapsed buildings, environmental monitoring, or even to replace the honeybee in pollination of crops.