The World's Smallest Jet: The BD-5 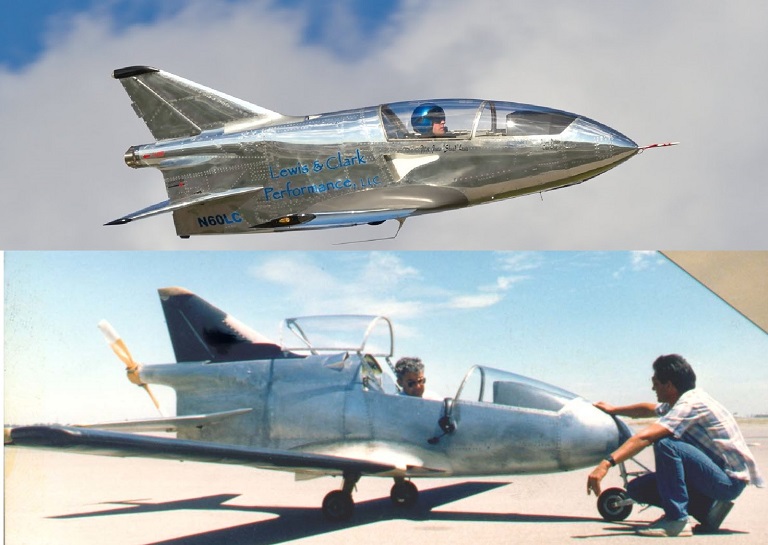 Apparently, not all performance jet-powered aircraft are large daunting beasts. In fact, some are incredibly small, such as the FLS: a high performance, aerobatic, single seat, low-wing, all metal, jet-powered aircraft- designed and built not by a large well-known company. Rather, first made its debut as an amateur home-building kit.

The FLS was originally developed by a small experimental aircraft and home-building kit distributor company by the name of Bede Aircraft, founded by Jim Bede. The design was made in the 1970s under the name BD-5. The craft enlightened aircraft enthusiasts worldwide to the realm of home-building aircraft, opening up the opportunity for average people (with a knack for engineering) to construct their own high-performance propeller or jet aircraft at an incredibly affordable price.

However, the era in which the craft was introduced deemed it as an emerging technology not yet well known by the public, rendering it too complex to construct for most hobbyists. As a result, Bede Aircraft, Inc shut down just a few short years later, leaving very few BD-5s out there, with even fewer functional models.

Fortunately, in 1992 the aircraft was picked up by Ed (“Skeeter”) & Richard Karnes started BD Micro Technologies, Inc. (BMT) who decided to update the BD-5 with modern instruments and more safe building techniques.

At just over 5 meters long, the new model can reach speeds of up to 515 km/h while having a range of 370 km. It is powered by a Quantum Turbine System which gives a thrust of 265lbs (120 kg), allowing it an impressive maximum carrying capacity of 200 kg while the plane itself only weighs 188 kg.

Since its introduction more than 45 years ago, the aircraft has held on to the reputation as “The World’s Smallest Jet”. Perhaps you may even recognize it from its feature in the movie “Octopussy". Despite making its way into feature films, the aircraft now regularly stars in airshows around the world, captivating the audience with its impeccably small size. Through many years of research and dedication, BMT developed an improved design modeling the original aircraft.

The FLS Microjet finally made its debut performance on July 2nd & 3rd, at the Thunder Over Cedar Creek Lake Airshow and Wings Over Tyler Airshow.

Full Specifications are as follows:

SEE ALSO: This Jet Powered Merry Go Round is Insane

Can the World’s Possibly Smallest Generator Light a Lamp?