Based in Montreal and founded back in 1988, WowWee is an independent research, development, and manufacturing company, focused on cutting edge technologies applied to toys and leisure products. Making recreational stuff their focus is, for my mind, a brilliant stroke; it's a niche that allows an innovative and flexible company to shine in a highly competitive marketplace. WowWee genuinely does come up with some great ideas, as their award wining toys clearly illustrate, and they've partnered with some fairly high octane institutions in so doing.

Their world-class in-house engineering and design team produces what the company refers to as “proof-of-physics” prototypes, to determine the viability of product concepts. Going a step further, WowWee continually bounces these ideas off third-party partners, out of a belief that sharing breeds innovation; their highly successful track record points squarely back at this strategy. So, yeah; this little Canadian company makes toys. They put one out not long ago, called the MiP Robot, and it pretty much went viral, because it was, in fact, an extremely cool toy. They're about to strike again with the Miposaur, a robot-tyrannosaur due out in a few months. Naturally, all this makes you wonder, 'And I should care about this, why?' Glad you asked - Let me enlighten you. 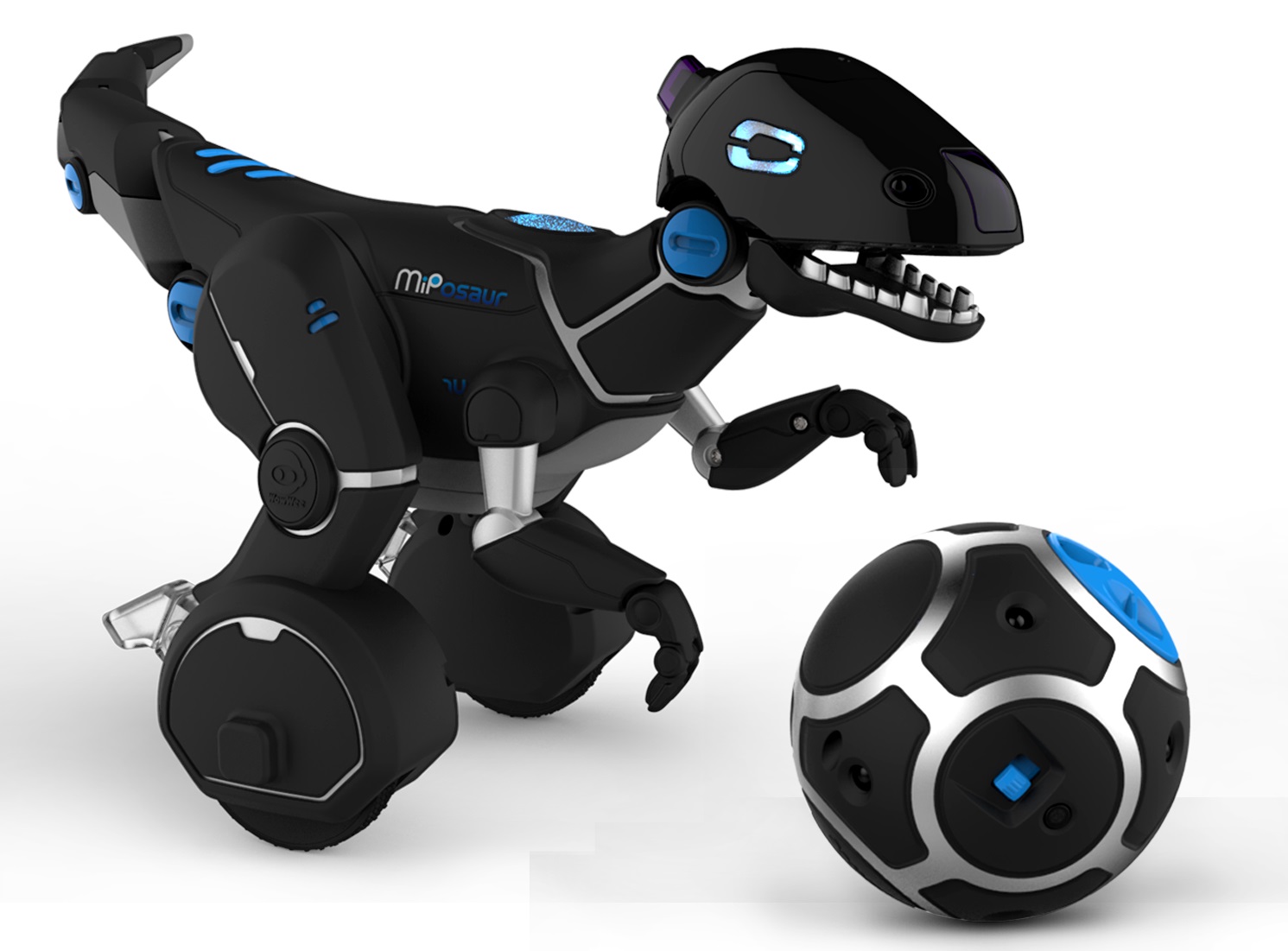 First, and foremost, these aren't dumb toys WowWee is turning out. Sure, the Miposaur is a "dancing robot," but it incorporates some pretty slick technology. The 'MiP' stands for Mobile Inverted Pendulum, a system co-designed by WowWee and the Coordinated Robotics Lab of the University of California, San Diego. This gives these MiP toys pretty impressive balance somewhat akin to a Segue scooter. Gesture control means this little robot will follow ten basic commands, with variants of each depending on three different "moods." Finally, the toy comes with a track ball that it will interact with based on what the company calls "BeaconSense technology;" in essence, it means that the robot can see and respond to the ball in a number of ways as well as to gestures. And of course, there's an app for that - an iOS and Android capable program allows further play, and hints at expandability down the line.

At around US$100 a pop, it's not a cheap toy, but then, it's really not designed to be; this thing is clearly meant to appeal to adults as much, if not more so than kids.

As for why this kind of thing is important, I've got several thoughts. Homer Hickam, Jr. comes to mind first - That genuine NASA rocket scientist caught the bug because of model, AKA toy, rockets he explored with as a kid. Encompassing real technology, fairly cutting edge technology, into a toy means people who might not otherwise get exposed to such things do, in fact, get exposed; that's how future engineers are made. Secondly, there's an unquestionably expanding role for robotics in this world of ours, and some folks see that as a threat. As such, showcasing robotics and associated technology to these people in a non-threatening way is a good thing - It softens the blow, and opens minds without being scary. And last but not least, I think one of these would look really cool on my desk.